How to use the Microsoft Lists advanced list editor

Microsoft Lists is a new data storage and organisation system that blends spreadsheets, databases and web apps together. Lists is really a new interface atop the existing SharePoint Lists infrastructure. We’ve previously shown how to create a new list within Lists itself; now, we’ll go in-depth on list configuration by using the SharePoint interface. 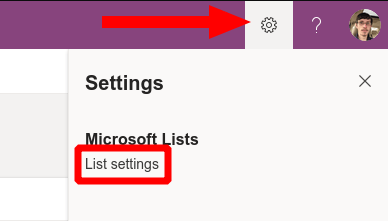 Lists does a good job of making itself as accessible as possible. The SharePoint backend is only revealed when you go looking for it. When you’re viewing a list, click the Settings icon in the top-right, then “List settings” to open the configuration options in SharePoint.

The SharePoint List Settings screen is much denser than what you get within the Lists app. You have extensive management options for customising the list’s fields, validation, permissions and metadata.

Starting from the top, the “General Settings” contain global controls which apply to the list itself, or all data within the list. We’re not going to cover every option here as many of them are only used within the SharePoint Lists UI, not the Lists app. 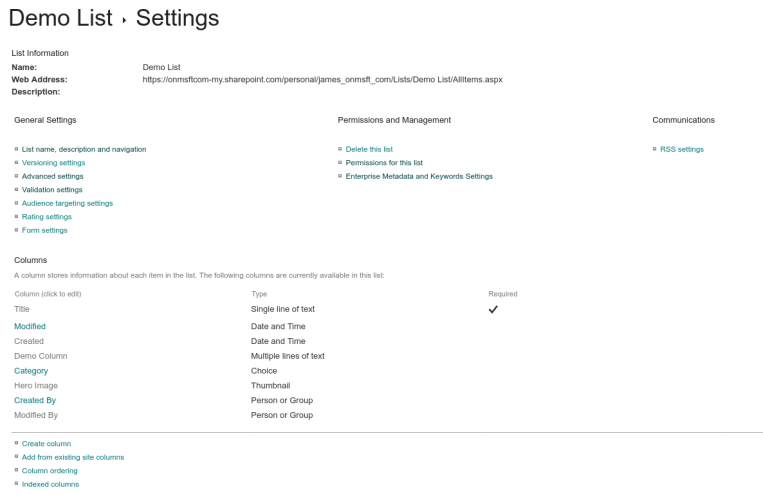 Some notable settings can be found in “Advanced settings”. “Item-level permissions” allows you to control what users can see on shared lists, such as all items or only items they’ve created themselves. 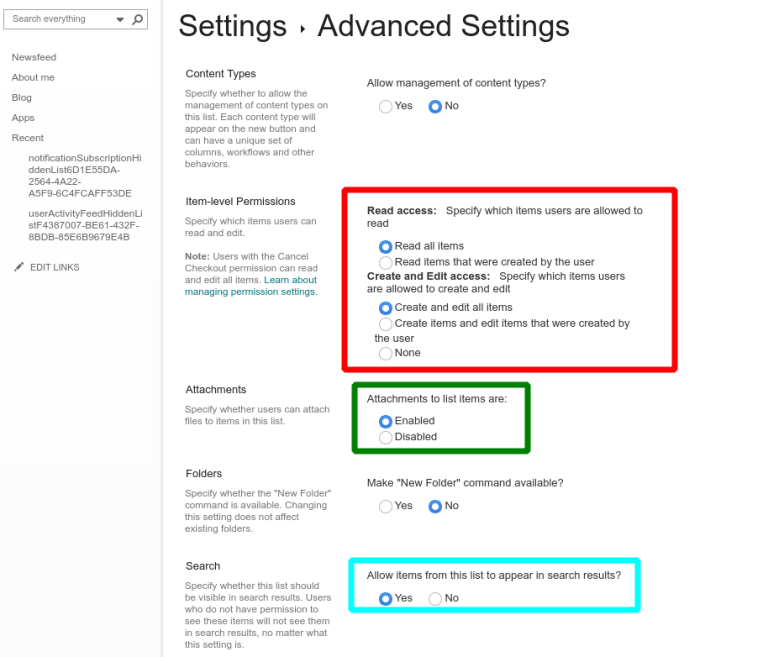 The “Attachments” option can be used to disable the ability to add attachments to new items in lists, which is on by default. Further down the screen, there’s settings to control whether list items can display in search results and whether they can be downloaded to users’ devices.

Back on the main list settings screen, the “Columns” section is worth further attention. Clicking a column name will allow you to edit its properties. The options available here will depend on the column’s data type. Some examples you might see include the ability to set maximum character lengths (for text fields), set the default value for new items and toggle whether the field is a required input.

Interactive data types, such as the multiple choice select component, will have more settings. These may include the ability to change the type of input used, allowing you to choose between radio buttons or a dropdown menu. Most – but not all – of these options are available when editing columns within the main Lists app. Using the SharePoint settings screen exposes all the possible settings, giving you the most control over how data is stored and presented. 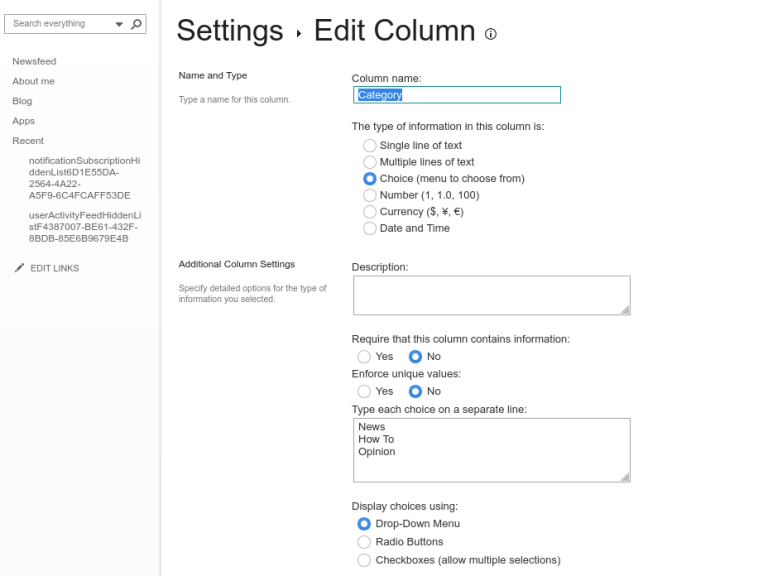 You can create a new column using the “Create column” link on the List settings page. You’ll need to choose a column name, select the data type and fill out the settings fields for that data type. The “Add to default view” checkbox should be left selected to make sure the field shows up by default in the Lists interface.

On the subject of views, you can manage these within the “Views” section at the bottom of the settings page. You can create new views and edit existing ones. A “view” defines the fields to show in the Lists UI. You start with a single “All Items” view by default. When you add additional views, you can access them in Lists by clicking the name of the current view in the top-right. 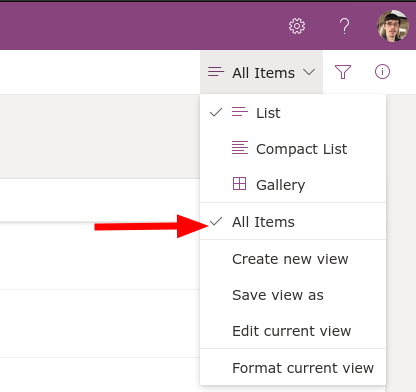 The View settings screen allows you to choose which fields to display and the order to display them in. You can also set up the sorting order for rows of data and configure default filters. In the column selection section, you’ll see several off-by-default fields which are usually hidden. Turn them on to add default metadata to the List view, such as the name of the item’s author (“Created By”) or its modifiation time (“Modified”). 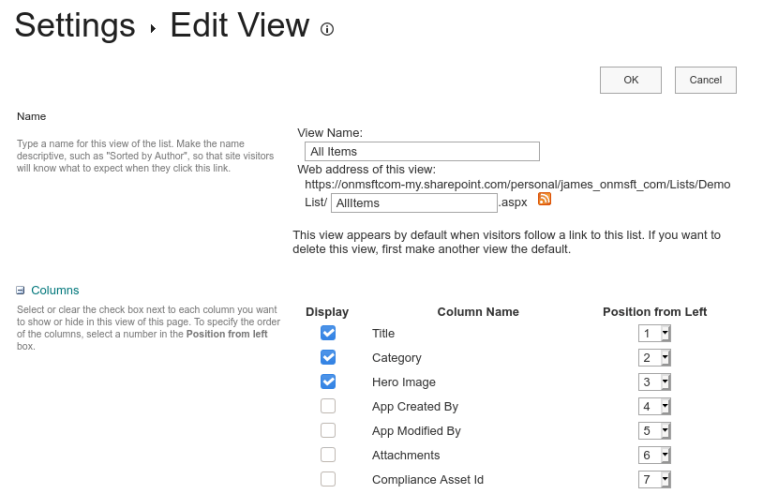 Further down the view settings screen, you’ll find sections that allow you to configure whether totals are displayed at the bottom of columns, whether data should be grouped together and how many data items should be displayed on a single screen. The final section, “Mobile”, lets you choose whether to make this view available on mobile devices. The default lists for desktop and mobile can be set independently of each other, so it’s possible to provide a customised view for smaller devices. 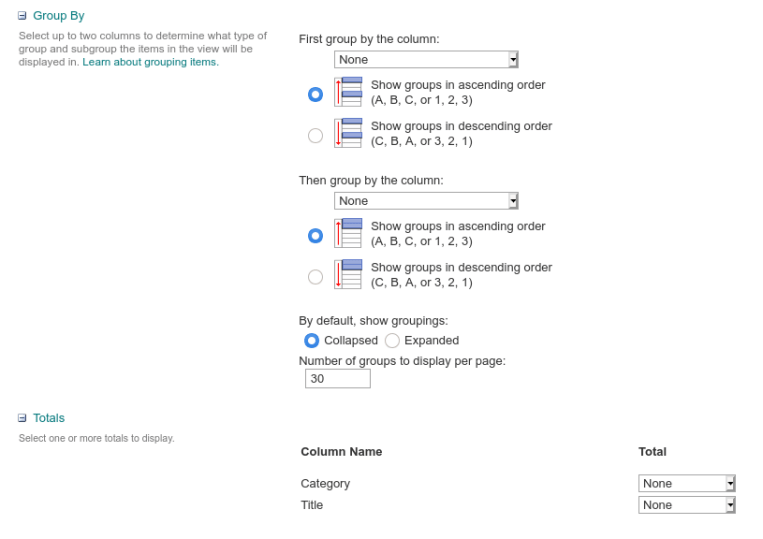 The SharePoint settings screens are far less accessible than Lists itself is. You may not need to use them often though, as the most commonly used capabiltiies are supported within Lists’ own configuration panels.

The power of Lists comes in its versatility – you can get started with a basic list very quickly and then add more advanced capabilities over time. Eventually, you may reach a point where you need a SharePoint option that isn’t exposed in the Lists UI. When that time comes, click “List settings”, break through the Lists facade and begin utilising the capabilties – and complexity – of SharePoint instead.

Microsoft brings Defender for Endpoint, already on Android, to iOS