If you need to use Microsoft Teams with two separate accounts, you might end up in quite a non-productive situation. Currently, Microsoft Teams does not support multi-account sign in. If you want to check on two different work accounts in Teams at the same time, you can't do it through the dedicated Microsoft Teams desktop app. You'll have to sign out and sign back in of your accounts.

But don't fret. There is a workaround to use two different Teams accounts at the same time. All you need to do is install the Microsoft Teams Progressive Web app, through either Google Chrome or the new Microsoft Edge browser while still using your other Teams account in the desktop app. Here's a look at how. 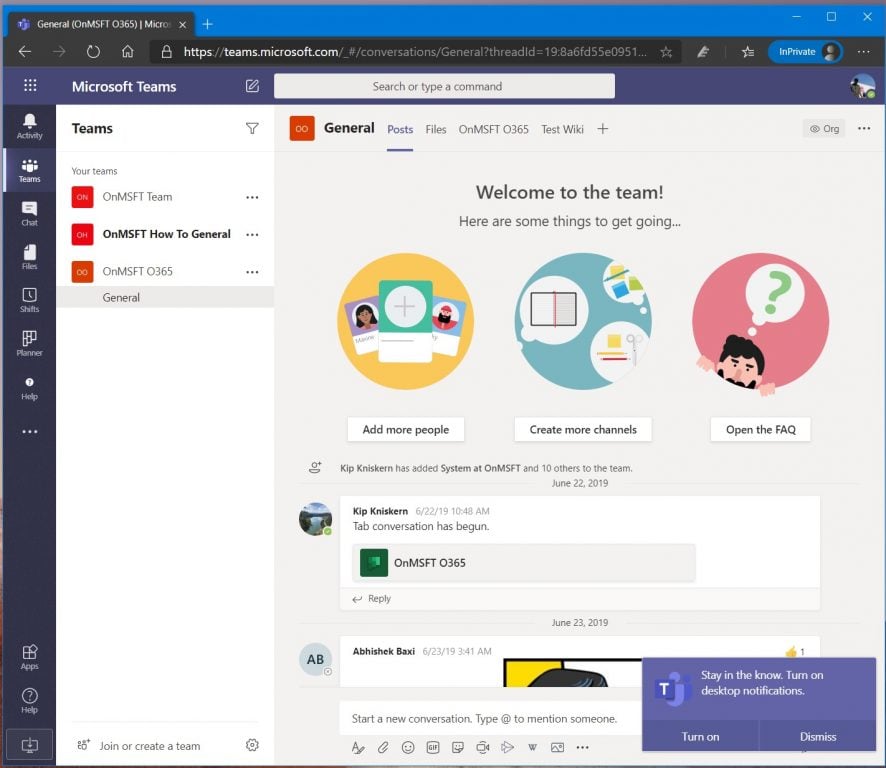 To get started with this process, you'll need to sign in with your other Microsoft Teams account on the Microsoft Teams web app. To do this, head to teams.microsoft.com. When you sign in, you'll see a message that you should download the Teams desktop app. You can ignore this, and choose Use the web app instead. From there, you'll see your default Teams channel, just like you would on the desktop app. You'll also want to ensure that desktop notifications are turned on. Click the Turn on Desktop Notifications button.

You'll now have a separate session for your second Teams account. This web app looks and behaves just like the regular desktop app, so you should feel right at home. There aren't many differences once you get rid of the underlying browser UI and create a PWA for it.

Next up, you have to create a Progressive Web App of Teams. Stay signed in on the Teams web app, and then head to the settings menu. Depending on if you're using Chrome or Edge, the settings will be different for you. We'll dive deeper into some instructions for each of the two browsers, but remind you that this will work best in Microsoft Edge.

First, with Teams open in Edge, you’ll want to click the . . . button in the top right corner of the screen. After that, click where it says Apps. You’ll then see the Teams logo, and you’ll want to click Install this site as an app. This will then pop-out Teams into its own window, with a purple title bar, and experience similar to the native desktop app. When it's open, you can then right-click on the newly active PWA in your Taskbar, and choose the option to Pin to Taskbar. When you do this, Teams will pinned there, every time you want to open the PWA or a separate instance of Teams.

With Google Chrome, you'll want to click the three downwards facing dots in the top-right corner of the screen. Then, choose More Tools followed by Create Shortcut. Make sure the Open as window checkbox is clicked, and then click Create. Once again, right-click on the PWA in the Taskbar, and then Pin it. You can now use the PWA just as you would a standard Teams app!

How will you use Teams now?

Running two instances of Teams now helps you boost your productivity. As we noted before, you also can also use this trick to open two channels in the same account at once, if you so please.

Did you find our guide useful? Let us know in the comments below.