Windows 11’s most anticipated feature is finally here. It’s now possible to run Android apps in Windows 11 via the Amazon App Store and the Windows Subsystem for Android. You might be wondering how this works, but we have you covered, and we even went hands-on with the feature, too. 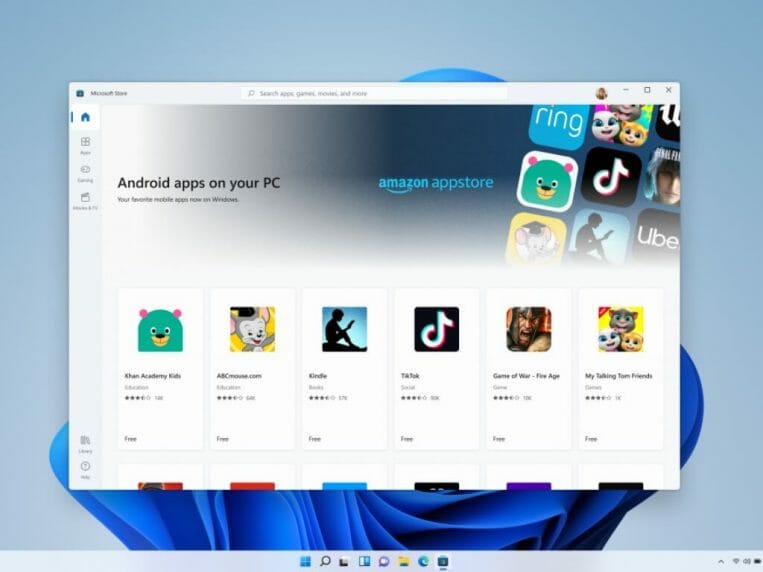 Once you meet those requirements, you can proceed with our guide. Microsoft mentioned that it opened up the Android apps in Windows 11 to Beta channel insiders first because the focus is ” is delivering this first preview on the now-released version of Windows 11.” If you’re a Dev Channel Windows Insider, you need to reset your PC to get the Beta version of Windows 11. This feature is coming to the Dev Channel later on down the road. 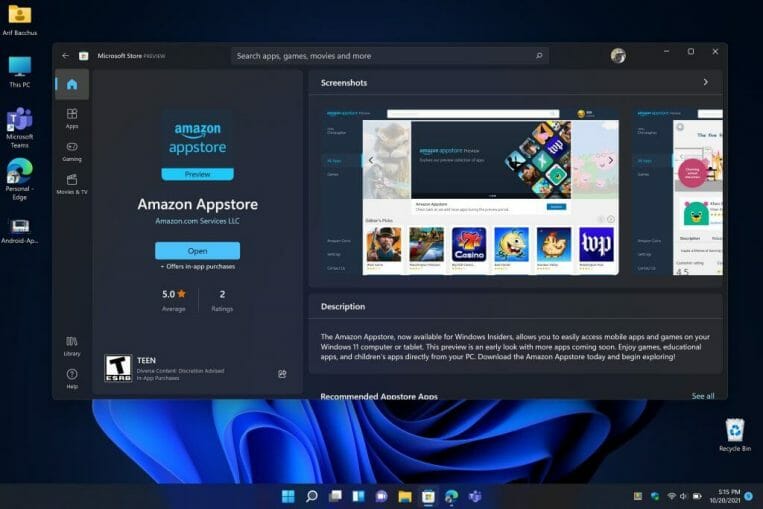 Once you install the Amazon App Store, it should launch its own setup. The setup will check your PC and install the Windows Subsystem for Android in the background. Let the process complete. It could take a few minutes depending on the speed of your PC. 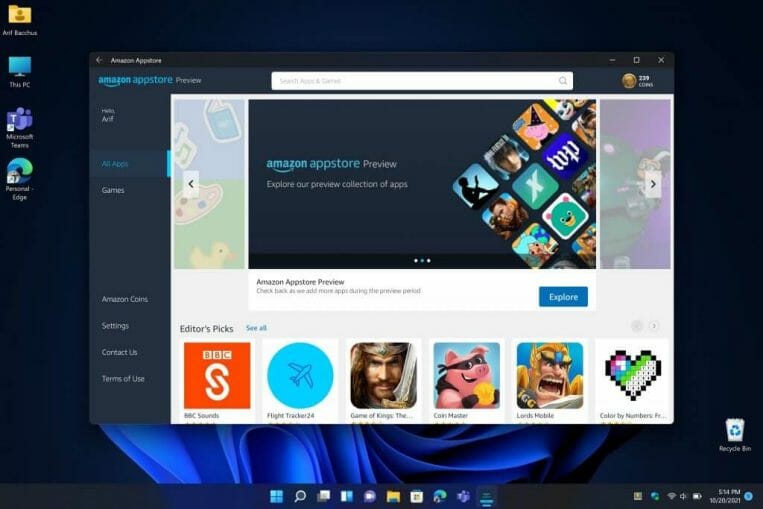 With the Amazon App Store installed, you can now install Android apps directly. Just search the available catalog in the Amazon App Store, or search for your apps. You can click on an app listing, and then the Install button to install. The app will download, and you’ll be able to launch it by going to your Start Menu. Currently, there’s a small selection of 50 apps, but Microsoft says more are on the way. 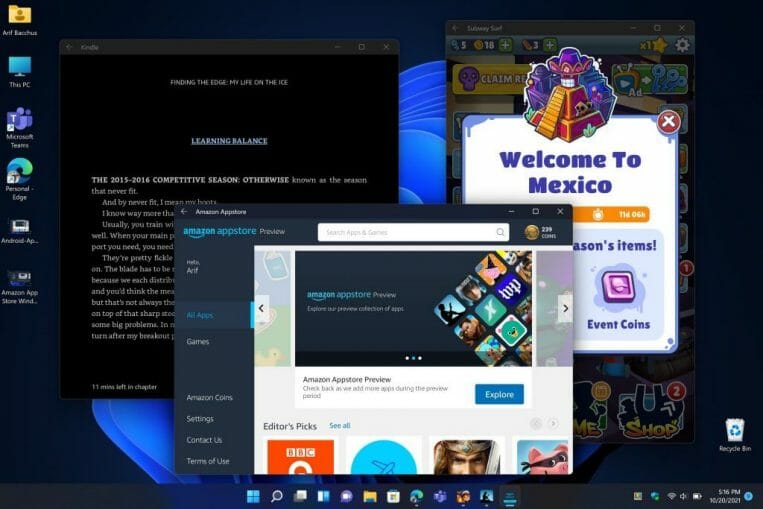 We went hands-on with this experience and came home quick impressed. While the current selection of apps isn’t the greatest, the apps that are available perform very well. We tried the Kindle app, as well as Subway Surf, and used one with the other in the background. The apps didn’t lock up or freeze, but we did notice that the Windows Subsystem for Android was using a lot of memory. Out of the 16GB available, it was pulling close to 2GB. It’s still pretty impressive to see that Windows could handle and resize and window these apps, though, especially since it’s running under a virtual machine and eumulation.

There’s still room for improvement, and we hope that the app selection can get better. We’re also hoping that it becomes possible to sideload other Android apps that aren’t available in the Amazon App Store. It’s something many have suggested would be possible, and we look forward to spending more time with Android Apps in Windows 11 heading into the future,