In Microsoft Edge, at least in the Dev and Canary channels, there is a smiley face displayed next to your Microsoft Account (MSA). The smiley face is there to provide you easy access so you can send Microsoft feedback on how they can refine the Edge final version. However, if you're distracted by the smiley face or want to regain a bit of valuable space in the browser, it's possible to remove it.

Ever since Microsoft decided to use Chromium to power the Edge browser, browsing on the web has been a noticeably better experience for most Edge users. Chromium is used a number of other browsers, including Google Chrome.

Recently, a new, stable version of the Chromium-based Microsoft Edge version leaked. This new iteration of Edge is still in development, so some features present now, may not be available in the final release. The recently leaked Edge version replaces the "old" Edge, unlike the beta, dev, and canary builds. The leaked stable Edge also removes that distracting smiley face that allows you to send Edge feedback to Microsoft.

Even after Microsoft officially releases the new Edge browser to Windows 10, you can still use any of the Microsoft Edge development versions (beta, Dev, or Canary channels) moving forward. Here's what you need to do to rid yourself of the smiley face on those aforementioned versions.

Update: Microsoft has now made this easier! To hide or show the Smiley Face in Edge Dev and Canary builds as of 79.0.301.2, just right click on the tool):

Hello folks, thanks for your feedback on the feedback tool 🙂 We've added a setting to show or hide the feedback smiley face from the toolbar. The latest Canary and DEV (version 79.0.301.2) builds have the update. pic.twitter.com/SygmeBghoQ

1. Open Start, type regedit.exe, and choose "Run as administrator" under Registry Editor when it pops up in the search results. 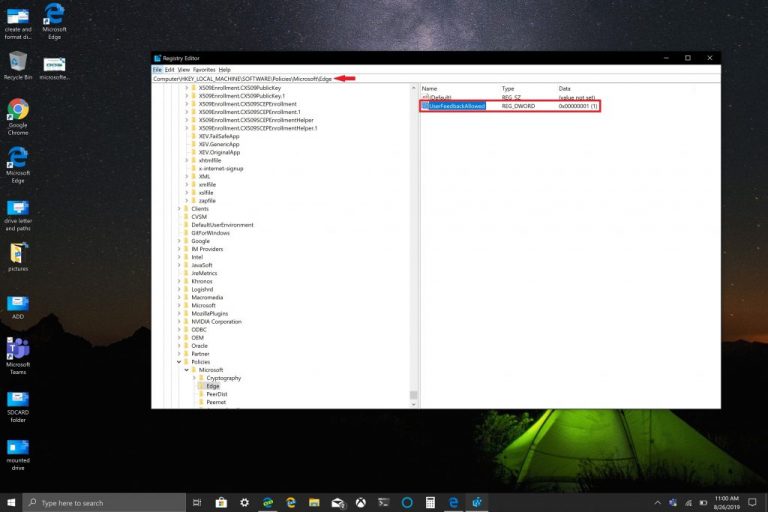 4. Double-click UserFeedbackAllowed and change the value to 0 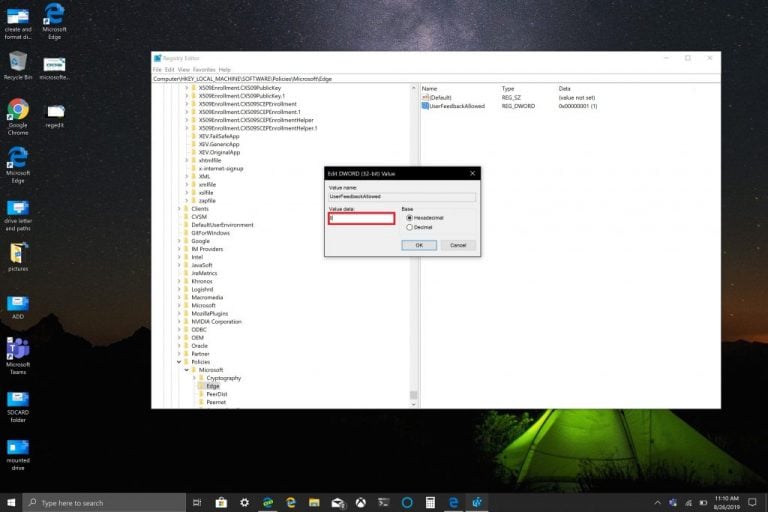