How to migrate from Slack to Microsoft Teams, and take your data with you - OnMSFT.com Skip to content
We're hedging our bets! You can now follow OnMSFT.com on Mastadon or Tumblr!

If you have decided to move on board with Microsoft Teams, then you can easily carry over your data from Slack, too. This process is best kept for IT admins and professionals, and there are a few steps for admins to follow when moving the data along. In our latest Teams guide, we’ll be taking a look at how you can migrate from Slack to Teams.

The first step in moving over from Slack to Teams involves planning a migration. You'll have to keep in mind that the Slack plan that you're using will determine what you can and can't export and move over to Teams. Slack has a website dedicated just for this, so be sure to give it a read before jumping into any of the next steps. Please be aware, though, that In Slack, users join a channel that is part of a Slack Workspace. However, Teams users join a team which is a collection of channels. This is an important difference to understand as you shift your users over to Teams.

Step 2: Export your data from Slack 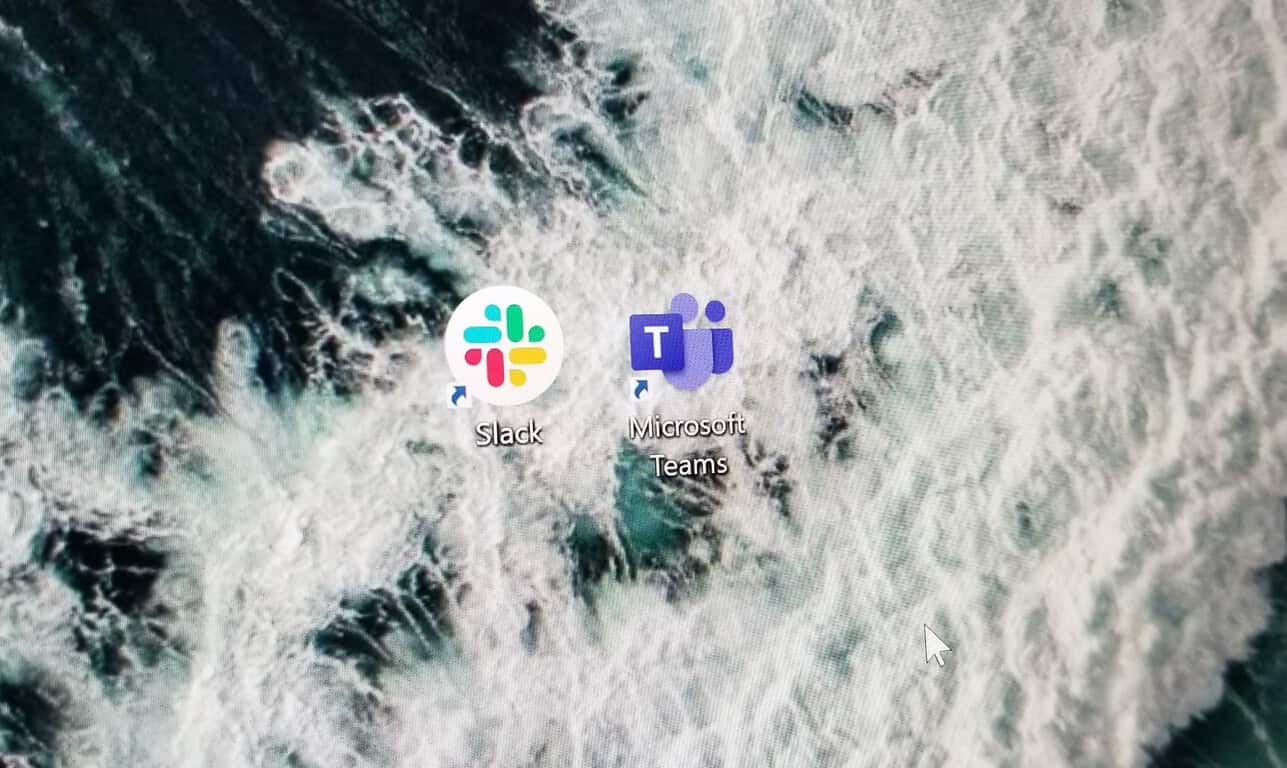 Now, for Step 2. You'll now need to take a look at your Slack data and move it over. These include Workspaces, Channels, Direct Messages, and Apps.

We'll start first with Workspaces. To begin, have a look at the slack stats for your Workspaces to see which ones need to be moved over to Teams. Microsoft recommends for you to pay attention to the usage patterns.

Once that is done, you'll also have to export your Slack Channels to Teams as well. It is recommended to use Slack analytics to see which channels have the most activities and which to port over. In exporting data from Slack to Teams, Microsoft recommends for you to read Slack's step-by-step export documentation. We won't be getting into the technicalities because the process is a bit too long.

Moving along, after exporting channels, you'll also have to consider exporting direct messages. These are the same as chats in Teams, and the ability to export varies depending on your plan. You can also consider downloading the Export tool from the Slack App Store to move you through along the process.

Finally, for exporting apps, the process is a bit different. It is recommended to gather a list of apps and their configurations in the Workspace. Then, search in the Teams App store to see if they are available within Teams. If you're considering moving apps, Microsoft suggests for you to ask the question "what functionality is the app providing to this channel?" If you can answer the question, you will learn about the outcome the app is delivering. Even if you can't you can most likely continue using the app with a connector in Microsoft 365.

Step 3: Move your user data over from Slack 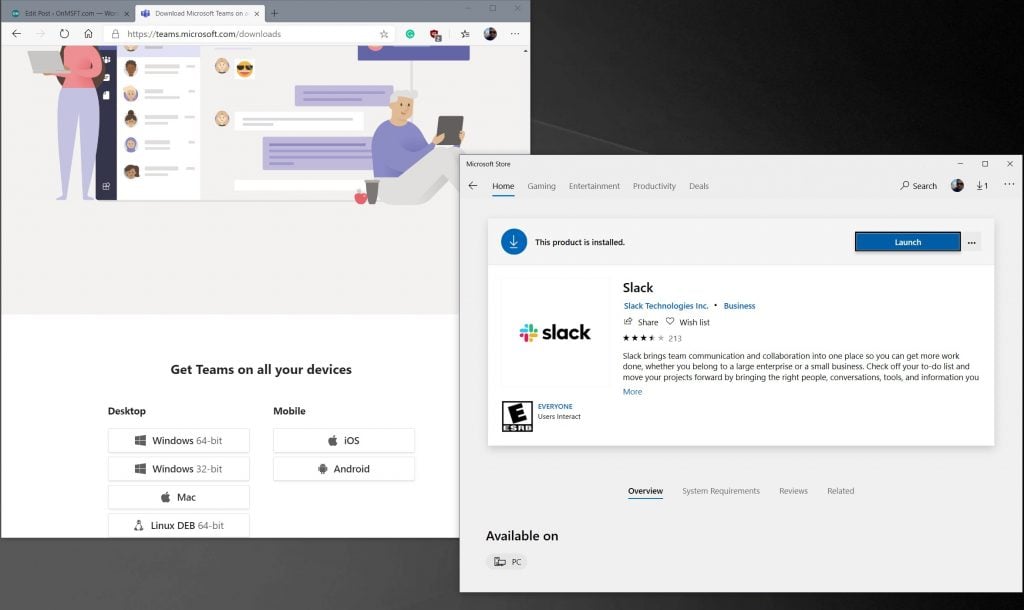 With the primary data moved over, it's time to switch users over to Slack, too. In this process, things get a bit messy. Microsoft notes that the identity schemes in use by Slack will not match to Microsoft 365, primarily because of the email addresses being used by Slack accounts. Microsoft recommends for IT Admins to create a user ID map before rolling out Teams to help make this easier.

You can help speed up the process of moving users over by going to this Slack website. From there, note the member details such as their email addresses and their account types. When done, you can run an Azure PowerShell Script to help you compare email addresses from a Slack export against Azure Active Directory to help full in the gaps. See that code under the "Users" section of Microsoft's website here.

Step 4: Plan the deployment and move your data into Teams 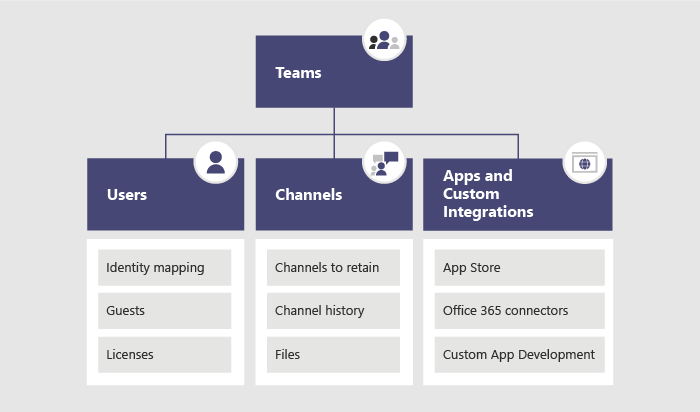 For step 4, you can now start your Teams deployment. As part of this step, it's time to think about how you'll bring all that Slack data into Teams. You'll again be looking at Users, Channels, and custom apps.

First, you'll need to think about the Team and channel structure in Teams. In Slack, a Workspace could be a single team, multiple teams, or an entire company. As noted by Microsoft, understanding this scope is very important. Microsoft believes that "the closest relationship to a Teams team in Slack is the Workspace, which contains a collection of channels."

It is recommended for you to follow the mapping seen above. You also can figure out which channels should become teams and which ones should become channels in a team. Keep in mind, though, that Teams currently has a 200-channel limit per team.

Once the channels and Teams are set up, you can check GitHub for free and paid solutions to bring over all your data. Exported Slack Files can be copied over into the appropriate libraries in Teams through PowerShell. Some solutions to consider for the deployment of the data include ChannelSurf or Slack Export Viewer.

Then, there are the files. When transporting files from Slack to Teams, there's an Azure PowerShell command you can use. Check the command under the "Channel Files" section of this Microsoft website.

After following through those four steps, you're pretty much done with moving over to Teams. Still, you're not complete just yet. You might want to check out the Teams adoption hub and send your new Teams users video training guides. Microsoft also has additional resources on how to slowly roll out Teams, so check it out.