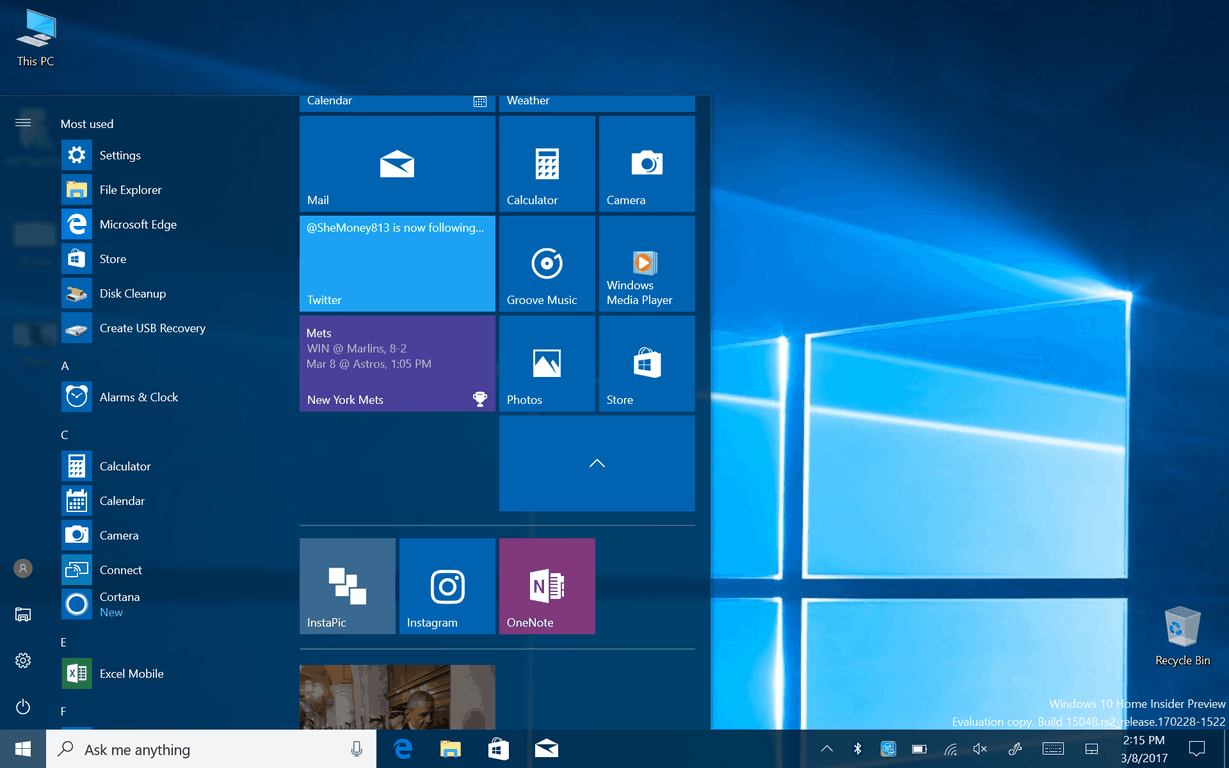 Windows 10's continually updating Live Tiles give you an easy way to keep tabs on information throughout the day. Each large tile carries a substantial space cost though. If you're looking for a way to keep more tiles on display, Live Folders can help. They let you group tiles together to save space and stay organised, without resorting to unpinning tiles.

Live Folders have been present in Windows phones since 2015's 8.1 Update 1 release. They're a recent addition to the Windows desktop though, only arriving in Windows 10 a few months ago with the Creators Update. Creating folders follows the same basic procedure, whether you're on a PC, tablet or phone. 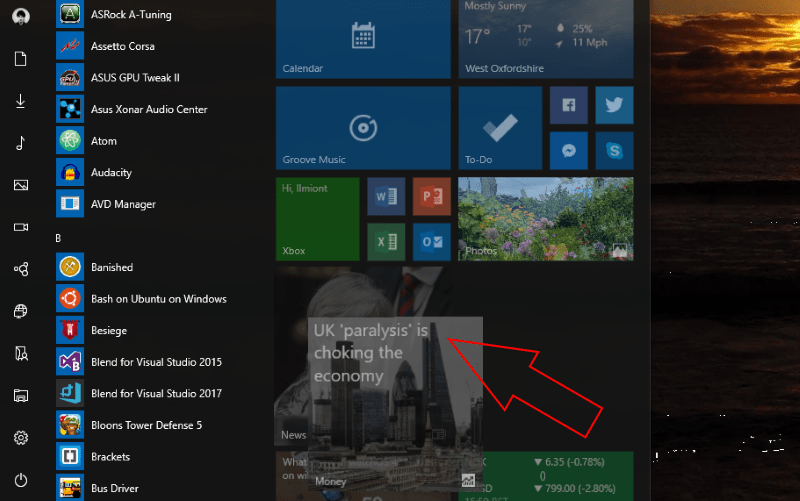 To create a Live Folder, simply drag one tile onto another and hold it for a moment. When you release the tile, the two will combine together and form a folder. You can add more tiles to the folder by dragging them into it. Tiles within the folder can be individually resized by long-pressing on them as usual. 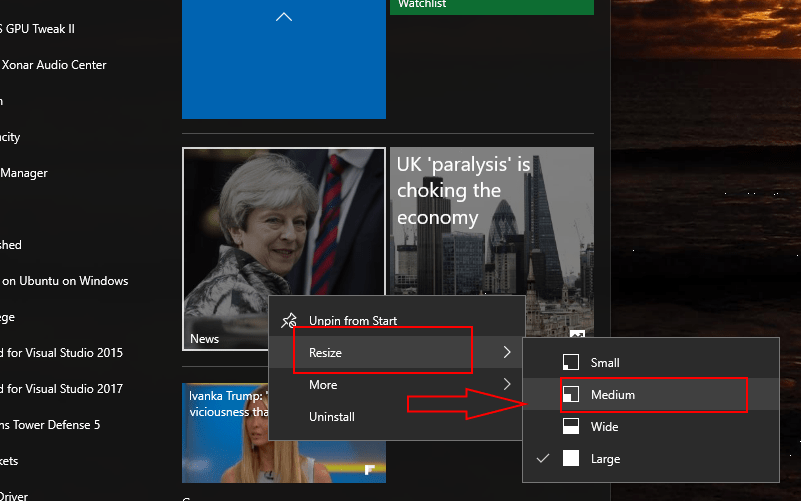 Folders can be collapsed or expanded by clicking on their tile. You'll see the tiles within cascade into view, pushing the rest of the Start menu down. To remove a tile from a folder, first expand it and then drag the tile to another space on the Start menu. You'll need to repeat this procedure for each tile you want to remove as there's no way to simply delete an entire folder. 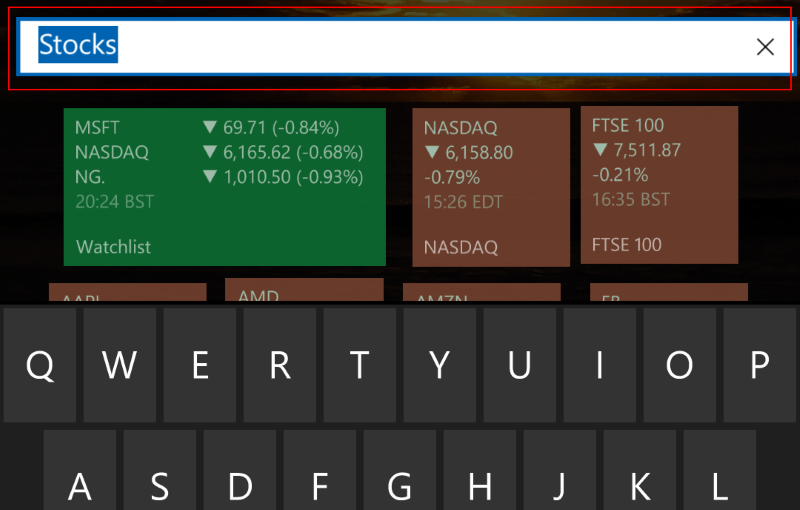 Unusually, Live Folders have more functionality on phones than on the Windows 10 desktop. If you're on Windows Phone or Windows 10 Mobile, you can add a name to a folder by long-pressing on the top divider that appears when you expand it. The name will appear at the bottom of the folder's tile on the Start screen. 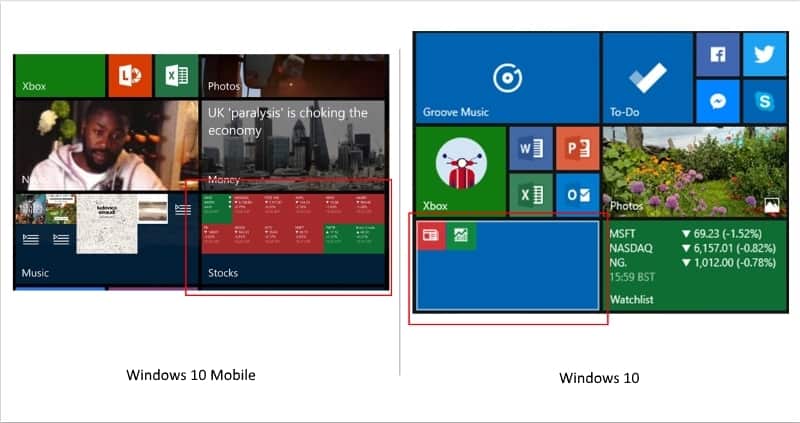 Unlike the desktop Start menu, the mobile version of Live Folders also supports displaying Live Tile information on the combined folder tile. If you set the folder to have the medium or large size, you'll see it updates to cycle between the Live Tiles within it. On desktop, you'll always see a static grid of icons instead.

One annoyance and trick is that sometimes you have to "chase" tiles: if you try and drop one tile on top of another, sometimes it just won't take, and bounces around instead. We've found that if you reduce the tile you're trying to drop into a folder to its smallest size, it seems to "take" easier. Let us know if this works for you.

Live Folders are a basic but useful way to tidy your Start screen and keep more tiles within reach. The feature has been available on Windows Phone for several years so it's good to see it make the leap to the desktop. It's possible Microsoft could expand on the implementation in a future update to include the missing features from the mobile version.