How to control your PowerPoint presentations using a Surface Pen 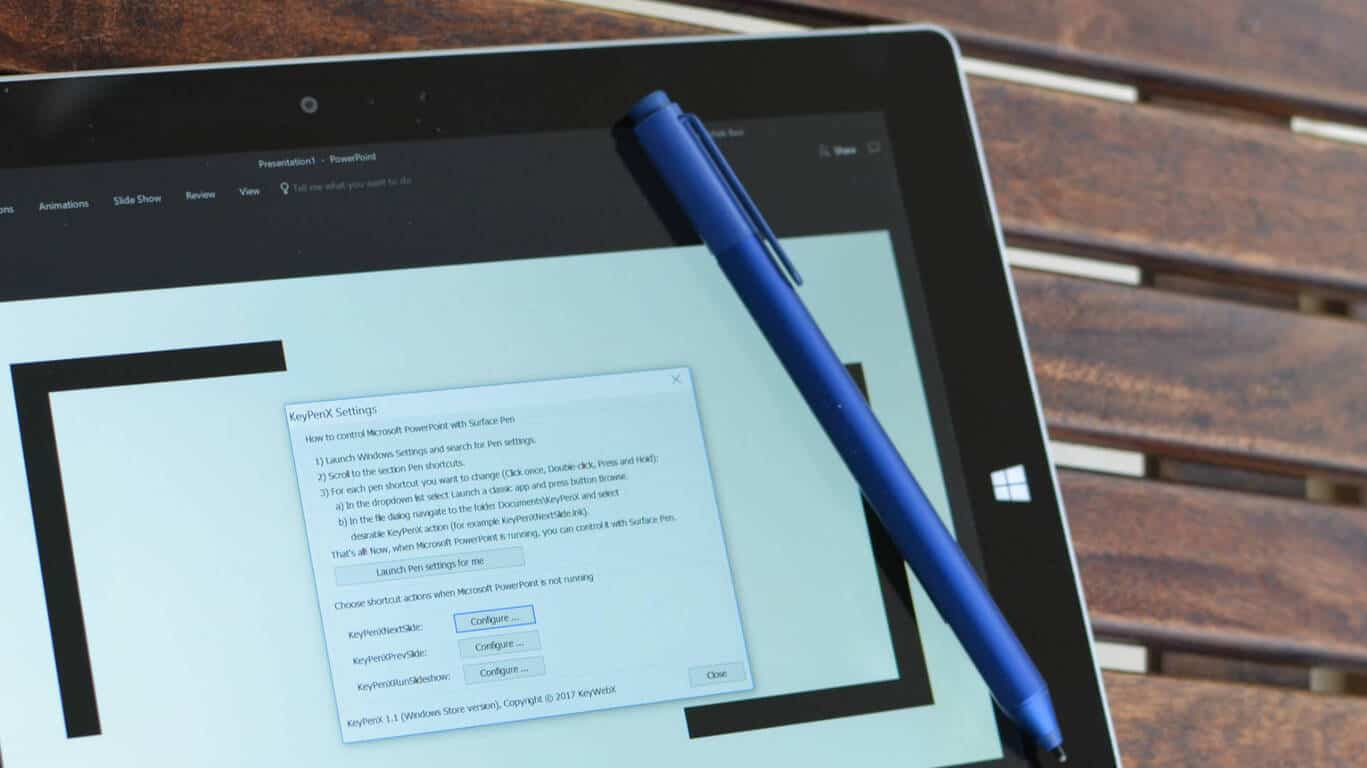 Surface Pen is one of the highlights of Surface and with the improved inking capabilities of Windows 10, it offers a natural and intuitive way to write, draw, and interact with apps.

There are also handy pen shortcuts via the top button available on a click, double-click, or a long press – although the default set of actions was quite limited. Till the Windows 10 Anniversary Update, that is. Now, Windows 10 allows users to assign custom pen shortcuts to any installed UWP or classic app.

KeyPenX makes use of this new capability to allow users to assign PowerPoint navigation controls to the top button, so that your Surface Pen doubles up as a PowerPoint remote. The app supports PowerPoint actions like next slide, previous slide, and start slideshow from the beginning. 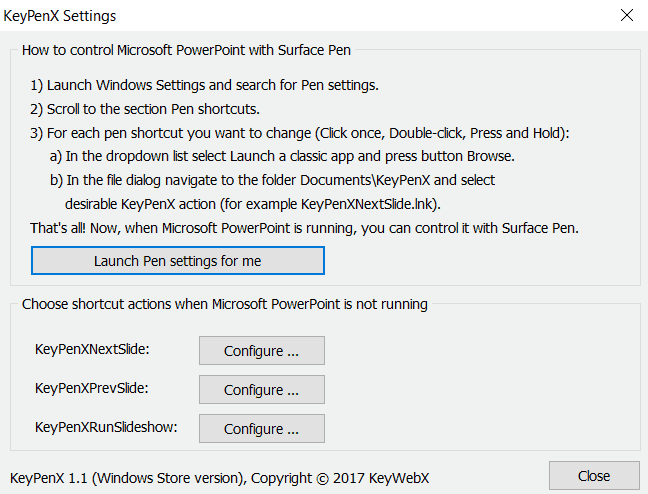 Unlike other such solutions, KeyPenX can also assign secondary actions when PowerPoint is not running – like opening OneNote, Cortana, Command Prompt, or any classic app with *.exe, *.bat, and *.lnk files. This capability is a nifty addition since you don’t have to go back to Pen settings each time and change Pen shortcuts to their default behavior after you’re done with presenting a slideshow.

Granted KeyPenX is not very straightforward, and there are no direct toggles or drop-down menus to configure Pen shortcuts. Yet, it’s quite easy to set things up and the app guides you well to configure default Pen settings.

While the app isn’t on UWP, the developer has used Desktop Bridge to publish it on the Windows Store. If you are an active Surface Pen user and present slides in school or at work frequently, KeyPenX is a pretty neat way to navigate a PowerPoint slide-deck using the Surface Pen as a remote. Also, for most presenters, it eliminates the need to buy expensive presenter remotes.