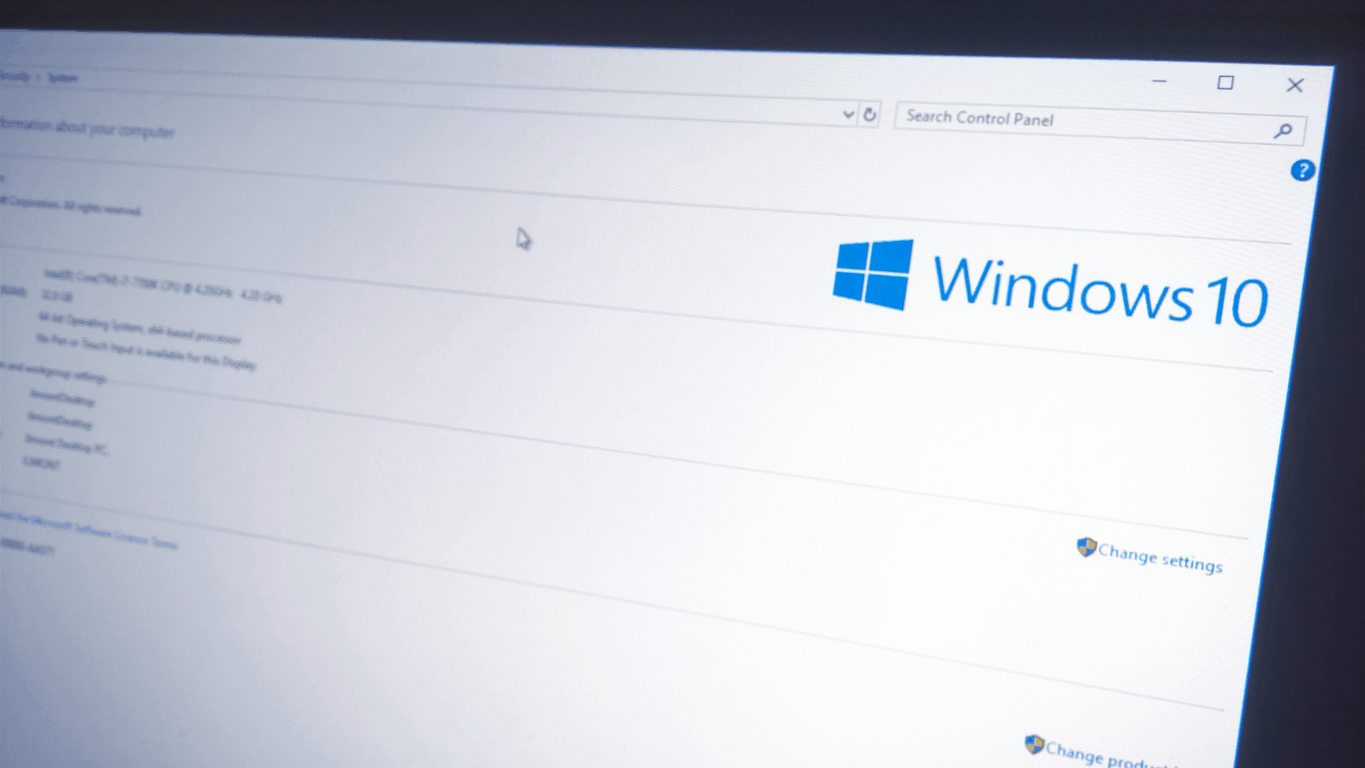 Checking whether you've got 32-bit or 64-bit Windows installed isn't tricky. Knowing which you've got can be important when making decisions about apps and hardware, although you shouldn't need to worry too much when buying a new device today.

To find out what you've got on your current PC, open the Settings app (press the Win+I keyboard shortcut to get there from whatever you were doing). Click the "System" category and scroll down the left navigation menu to the "About" page.

On this screen, scroll to the "Device specifications" header. Under "System type," you'll be told the architecture type of your Windows installation, as well as that of your underlying hardware. If you see "64-bit operating system," you've got 64-bit Windows installed. 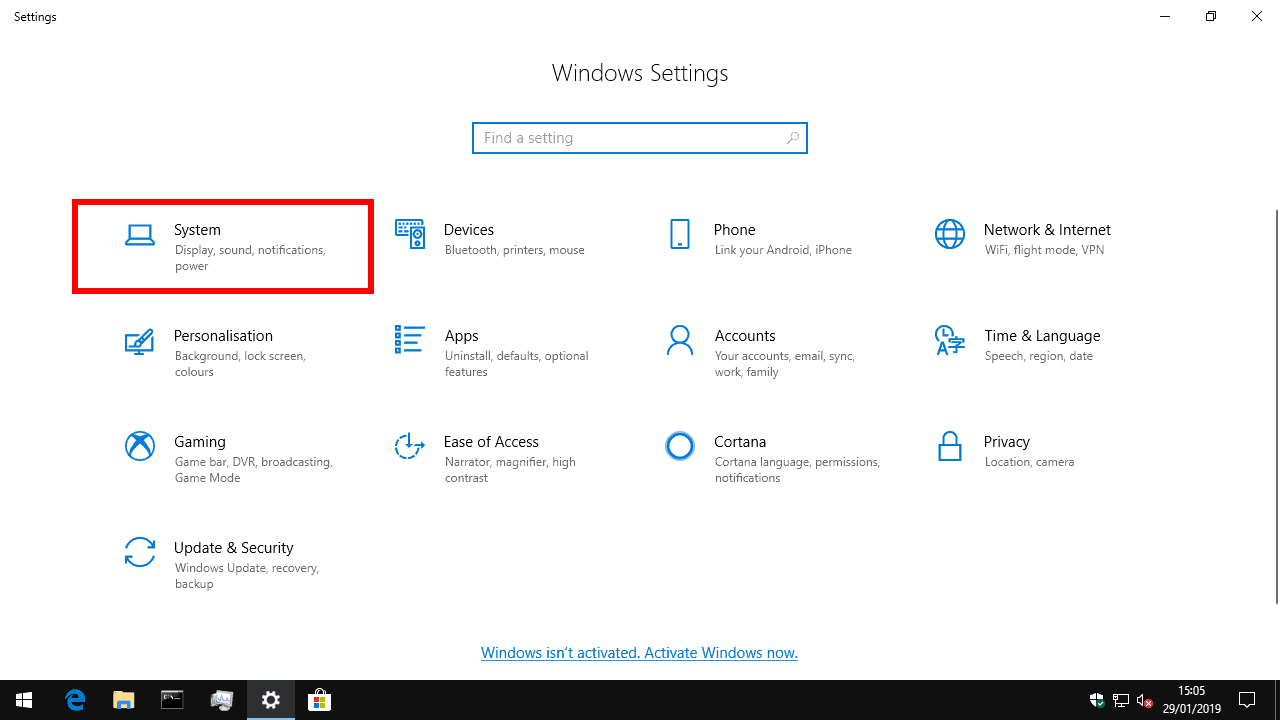 If you see "32-bit operating system," look also at the processor type which is displayed. If you see "x64-based processor," your device should be capable of running 64-bit Windows. Although most new devices now come with 64-bit Windows, some products – especially low-end ones with less than 4GB of RAM – still ship with a 32-bit installation, even though their processors often are 64-bit compatible.

If you have a 64-bit processor with a 32-bit Windows install, you may be able to install 64-bit Windows. However, moving from 32-bit to 64-bit requires a complete reinstallation. You'll need to make a backup first and be prepared to reinstall all your current apps on your new system. 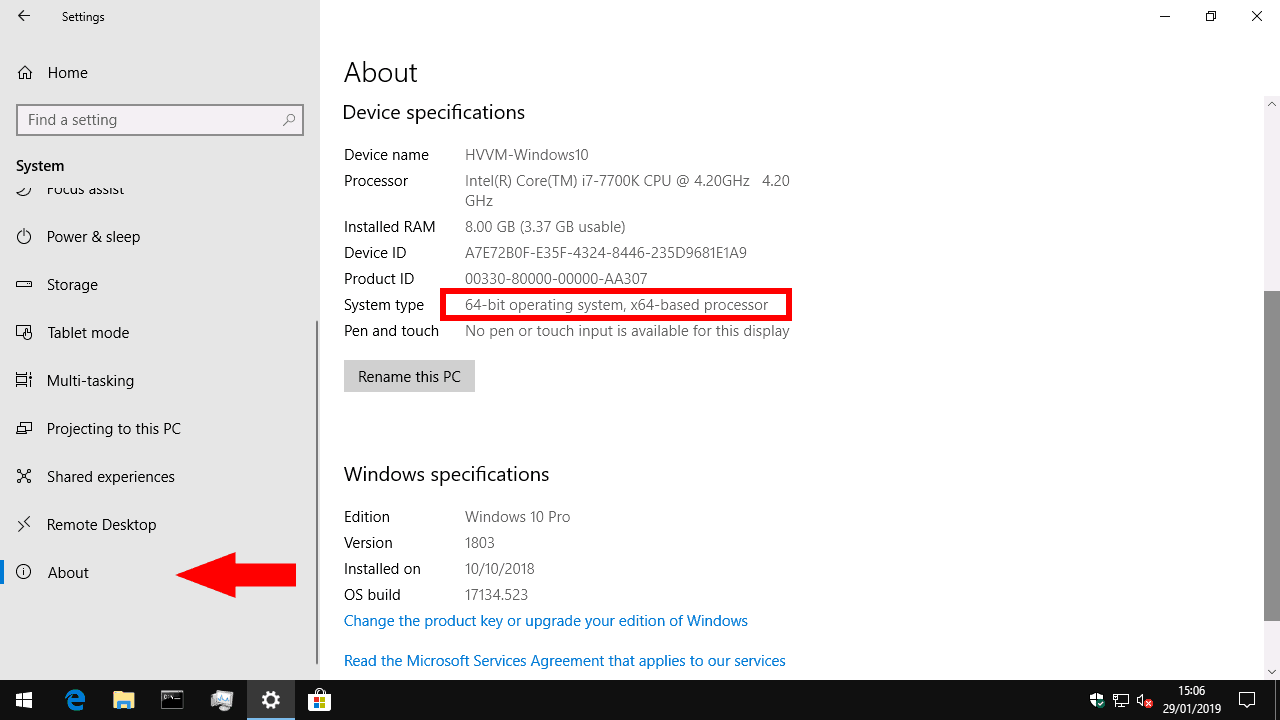 You should also research if there's any other issues which may prevent you from running 64-bit Windows. For example, some devices may not have 64-bit drivers available, while others could ship with 32-bit bootloaders – even if the processor is 64-bit compatible.

Assuming your device will run with 64-bit Windows, there's several reasons why you should upgrade. The principal benefit of a 64-bit operating system is support for vastly more memory. 32-bit systems can only use 4GB of RAM, and Windows allocates a maximum of 2GB of that to each application. For many modern apps such as photo and video editors, 2GB simply isn't enough.

64-bit Windows 10 ups the maximum memory cap to 128GB for the Home edition and 2TB for Pro customers, while removing limitations on how much each app can use. 64-bit operation also results in more efficient memory allocation, which further increases the performance of your system. Finally, 64-bit Windows features more advanced security protections, including safeguards around device drivers and kernel exploits.

Next time you buy a new device, it'll almost certainly be with 64-bit Windows. If you've currently got a 32-bit PC which can be upgraded, you may want to consider making the switch if you use a lot of memory-intensive applications. Even if you have less than 4GB of RAM in your system, the efficiency and allocation improvements with 64-bit Windows mean you'll still see some benefits.