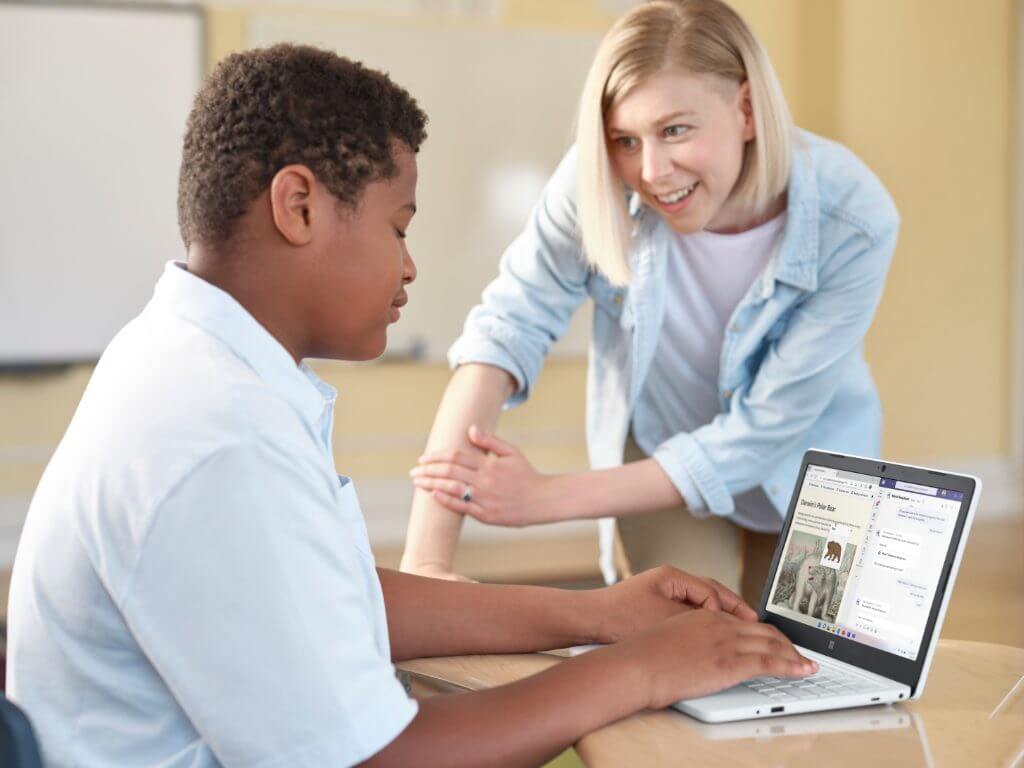 A few weeks ago Microsoft announced the Surface Laptop SE. A new low-end laptop for education, and powered by the specially designed Windows 11 SE operating system, it was dubbed as an ideal solution for hybrid learning for schools. Well, the device is now up for pre-order at several education and IT-centric retailers, and here's how you can buy it for yourself.

We do want to note that Microsoft intended the Surface Laptop SE as a device only for education customers to purchase. Though it has a product page for the Laptop SE, the page isn't the same page as consumer devices like the Surface Laptop Studio. Rather, it directs you to education and IT retailers that offer the device. We followed those links and found the device available at both CDW, as well as Connection IT.

Even though CDW has the Laptop SE as out of stock, Connection has it as "pre-order" status. We were able to purchase the high-end model from Connection. There's both the 4GB RAM/64GB eMMC model, and the 8GB RAM/128GB eMMC model. The retailer, though, mentions that it is only available to qualified education and non-profit customers only. Its listing is more obvious, labeled as "Microsoft EDU NFP Surface Laptop SE." 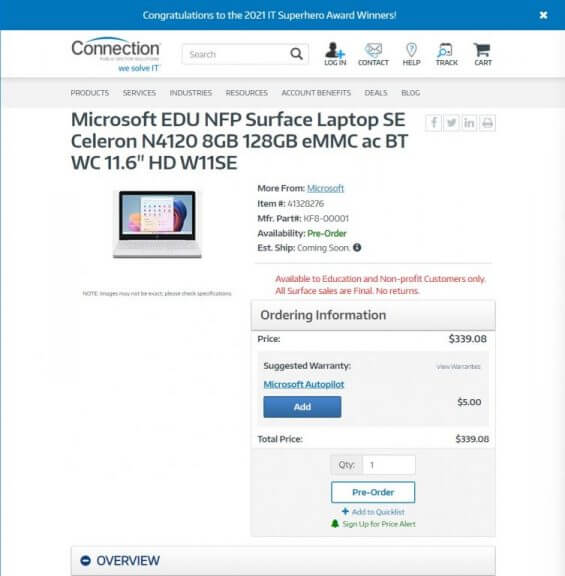 Again, that's not something to stop you from buying. Just check out as a guest, and remove the Microsoft Autopilot option, and you can input your credit card information to complete the checkout.  Do note though that all sales on the Laptop SE are final at Connection and there will be no returns.

Priced at $260 and $329, the Surface Laptop SE should be an interesting alternative to the $400 Surface Go 3 or the $550 Surface Laptop Go. There are some compromises though. The most notable is that the Laptop SE and Windows 11 SE are mainly designed for IT admins to configure, and it's limited by the power of Intel Celeron processors. It also doesn't have a touchscreen or backlit keyboard, but these are not necessarily important in education. For Windows and Surface fans, though, the device might be an interesting buy, just to experience the special Windows 11 SE flavor.

Microsoft Teams Rooms devices to get multi-camera support next month

How to disable the startup sound in Windows 11