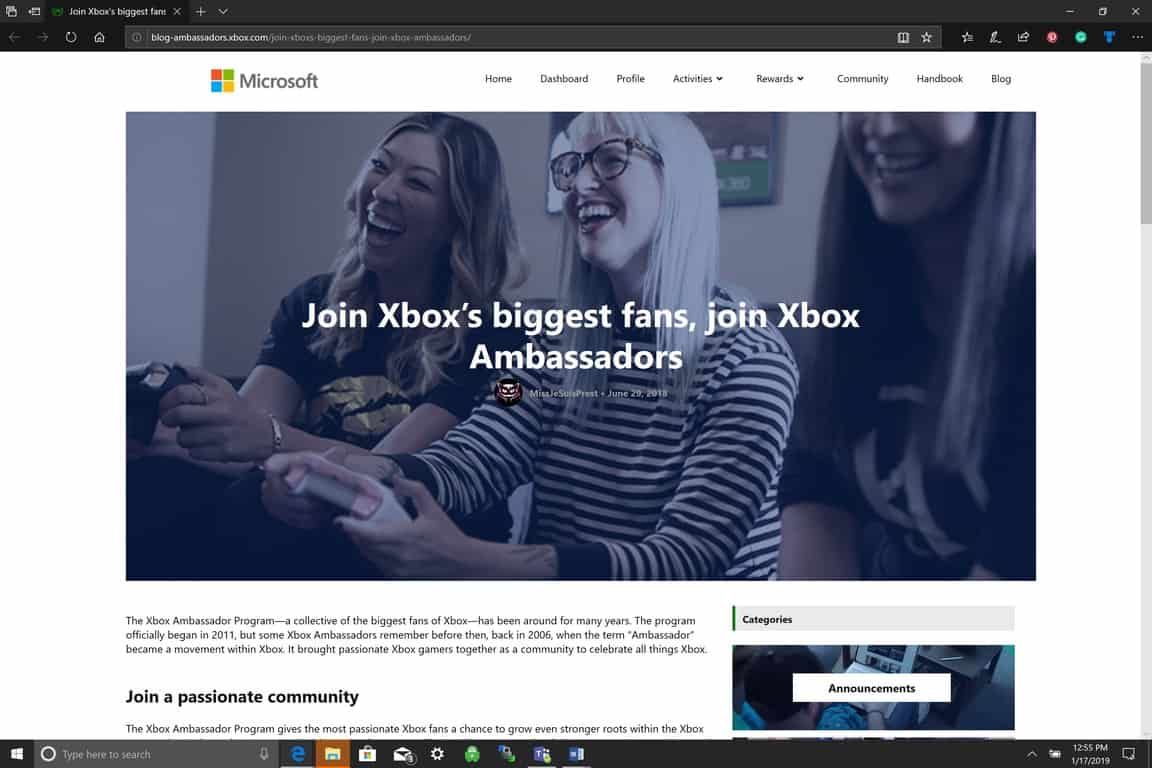 By becoming an Xbox Ambassador, you can unlock XP for completing program-related activities. The more XP you unlock, the quicker you level up through different program tiers, making you eligible to receive exclusive Xbox Ambassador-brand physical and digital rewards. The Xbox Ambassadors team reached out to us, and here's what's new, with more to come.

In order to become an Xbox Ambassador, you must meet these three requirements:

The big change is you no longer need to have an Xbox Live Gold account. Anyone with an Xbox Live account (Gold or Silver) can be Xbox Ambassadors. Once you meet the requirements and sign up, you will be greeted with a welcome video (see below) that quickly explains the highlights of the program and sets you on your way to the very first welcome mission.

Please note: if you are sharing content on YouTube on behalf of Xbox Ambassadors, the program would prefer you use the following statement:

“I’m a member of the Xbox Ambassador Program and can unlock different rewards and recognition for my community involvement. Want to unlock the ultimate achievement? Become an Xbox Ambassador today at ambassadors.microsoft.com/xbox.”