How to force quit apps in Windows 10 or Windows 11

Have you been stuck on the same screen in your app for a while now? It might be possible that the app you were using crashed, and now you’re left hanging in a stuck up system.

1. Use the Task Manager

If you’ve dabbled with gaming on a Windows PC, you probably must’ve encountered the Task Manager already. In fact, for most Windows gamers, that’s the only use of Task Manager: to terminate or force quit frozen Windows apps.

But it does much more than that. Briefly, the Task Manger is a free system monitor program which gives you the information on different apps, programs, and services running on your PC. But we digress. So let’s stick with the goal. Here’s how you can utilize it to force quit apps on your PC: 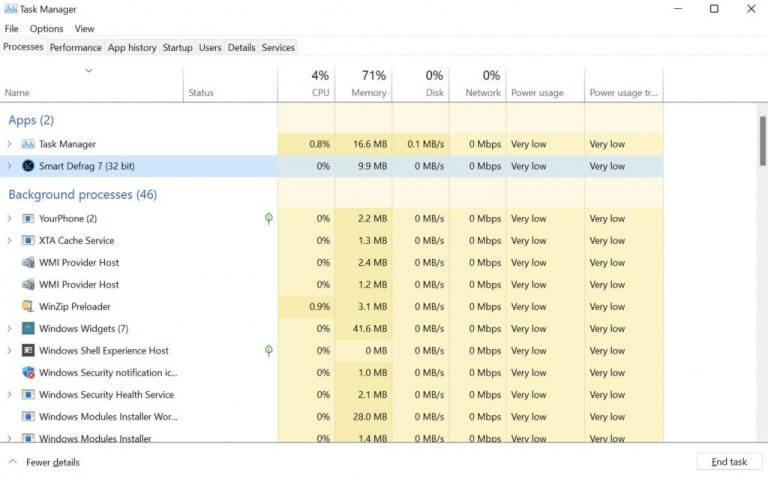 The frozen app will be terminated right away.

Windows has a host of shortcuts that helps you do things in a matter of seconds. One such shortcut is Alt + F4 shortcut. Using this, you can force quit frozen Windows apps without any hassles.

Here’s how. Press the Alt + F4 keys together, and a new dialog box will pop open, asking you to choose an option. You have three options to pick from: Shut down, Restart, and Sleep. Now you don’t have to do much from here. Just by launching this menu, your system should be out of its frozen state.

Another out of the ordinary way is to force quit Windows app, is through the help of Windows Command prompt.

The Command prompt, also called cmd.exe, is a command line interpreter that helps you interact with your PC through keyboard inputs. Interestingly, you can also use it to force quit frozen apps on your Windows. Here’s how:

As soon as you do this, the Command prompt will give you a list of programs and tasks that are running on your PC. Now choose the program you’d like to force quit from, and type in the following command in the cmd:

Replace the <program> from above with the name of the task you want to terminate. So, for example, if you wish to force quit the Notepad app in Windows, the command will be: 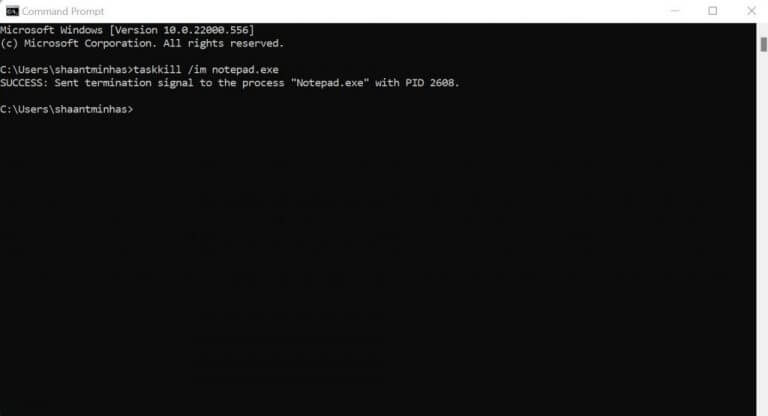 You’ll be shown a success message, and the program will be forcefully terminated.

And these are all different methods in our toolkit, folks. Hopefully, one of the methods did the trick for you, and you’re now out of your frozen app. Although random crashes and system hangs are nothing to be wary about if they are once in a while affair. But if you believe these to be more of a regular occurrence, then appropriate steps need to be taken. We suggest a thorough scan with an antivirus to rule any malware involvement, or even factory reset to start everything from a clean slate.

Everything new in OneDrive from January to March: Windows on ARM client & more