Yesterday, Microsoft rolled out the newest update on Windows 11, featuring a slew of recent updates, including Android app support in the US. Previously,  Android apps were previously only available to Windows Insiders, using the Amazon Appstore.

You can start using Android apps by installing Amazon AppStore from Microsoft Store. Here’s what to do.

Don’t worry, there’s nothing highly technical that you need to do to install Amazon Appstore. Windows will advise you to make changes if needed. If you are looking for feature-specific Windows 11 requirements, Microsoft has you covered. Here’s what to do. 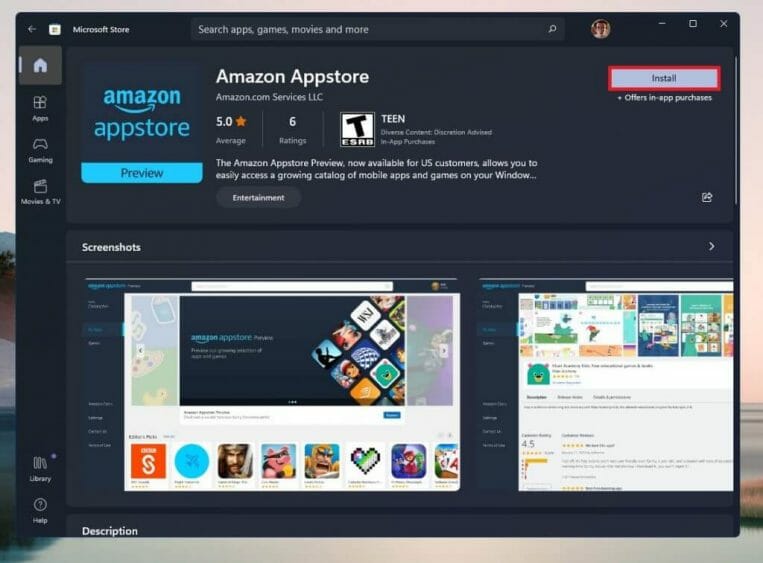 Once you click the Install button, a new screen will pop up to “get your PC ready for the Amazon Appstore,” which is achieved by clicking the Download button as shown to install Windows Subsystem for Android.

I suggest unchecking the box that allows Microsoft to collect “optional diagnostic data” based on your usage. 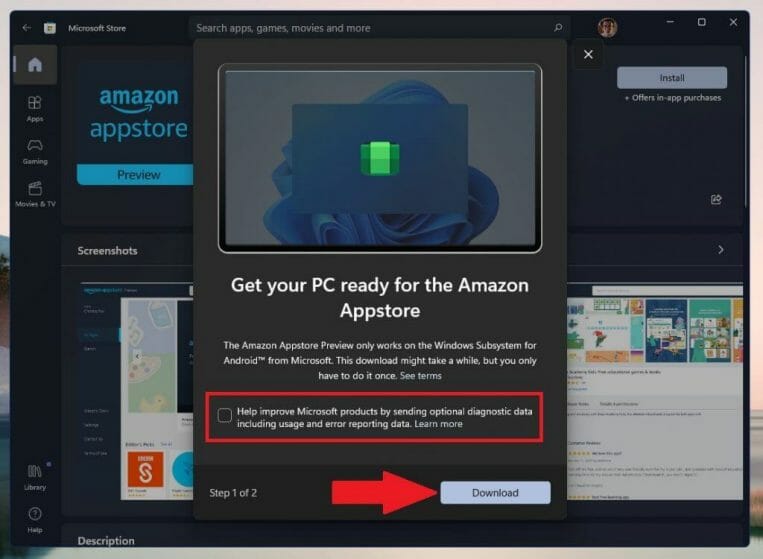 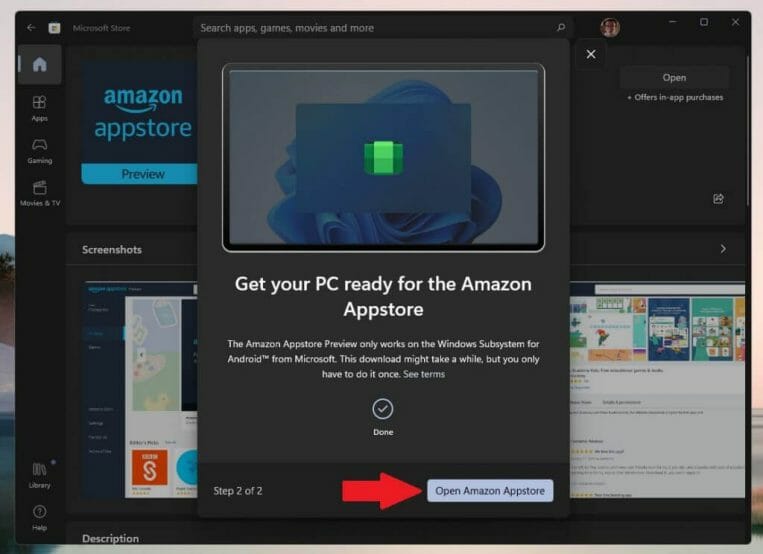 Once you click Open Amazon Appstore a “Starting Windows Subsystem for Android” window will pop up and then you will be taken to an Amazon login window, where you will need to sign into your existing Amazon account or set up a new one. 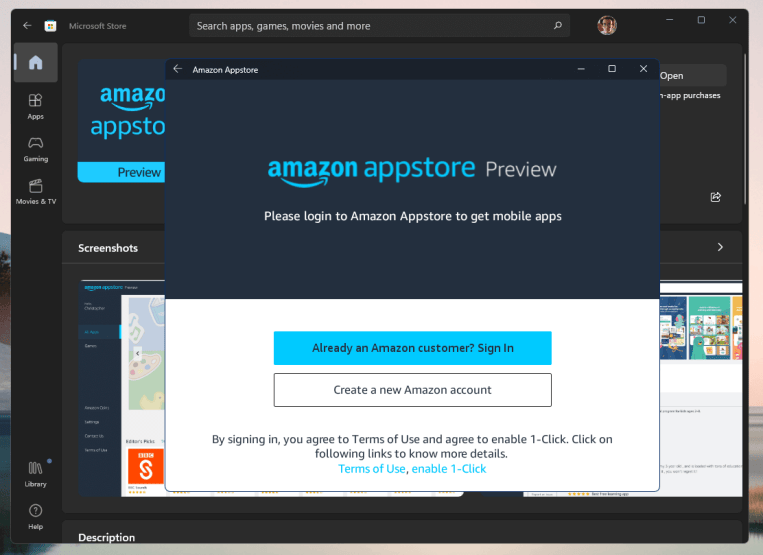 Once you are logged in to your Amazon account, you can download and use Android games and apps using the Amazon Appstore on Windows 11. When the preview first launched for Windows Insiders last October, there were only 50 apps and games available, but now there’s over 1,000, and the collection continues to grow. There’s even an unsupported and unofficial way to get the far bigger Google Play Store to run on Windows 11. Note that we haven’t tried it on a non-Insider build of Windows 11, so be forewarned. 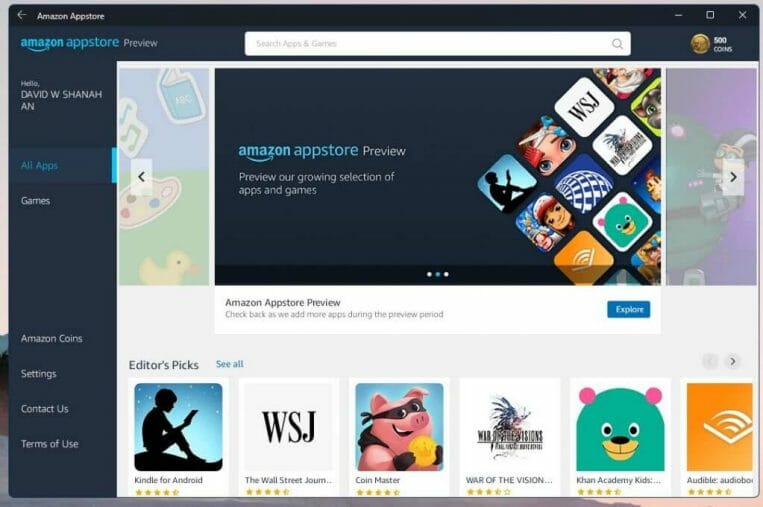