4 ways to customize the taskbar in Windows 11

It’s been a while since Windows 11 went mainstream. And along with it came a host of changes over its predecessor, Windows 10.

While there are countless refinements, Windows 11 has been hailed as the continuation of Windows 10, with an improvement on the looks. A testament to this is the new Start menu and Taskbar, which has been centered by default. There are numerous other effects in the new Windows 11, including transparency, on-click animations and so on, that make it a delight to use.

For a lot of folks, however, the new Taskbar does not pass the test. Thankfully, there’s no need to settle. There are a host of ways you can customize the Windows 11 taskbar. We’ll go over all of them one by one.

Customizing the taskbar in Windows 11

While you can’t move the taskbar to the sides or the top in your Windows 11—a great pain point for many Windows users—there’s a still space of tons of customization that users tend to miss. From pinning new apps to the taskbar to moving your icons, you can do it all.

1. Add new apps to the Taskbar

If there are apps that you use a lot, why not simply pin them to the taskbar? After all, why go through hoops of launching an app, when you can simply start it from the desktop screen itself.

To pin an app to the taskbar, first you’ve to launch the app. When the app gets running, it will become available down at your taskbar. Right-click on the icon and select “Pin to taskbar.” 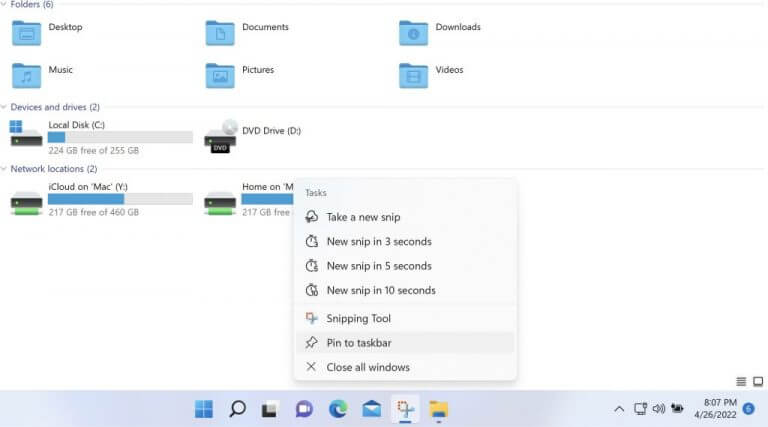 Alternatively, you can also achieve the same effect by searching for your app on Start menu. Head to the Start menu search bar, type in your app’s name, and then rich-click on the best result. Select “Pin to taskbar,” and you’ll be done.

2. Get rid of the default icons

Just as you can add in a new icon, it’s no surprise that Microsoft also lets you remove default apps or any app that you don’t want in your taskbar.

Simply right-click on the specific app and select Unpin from taskbar; and your app will be removed. 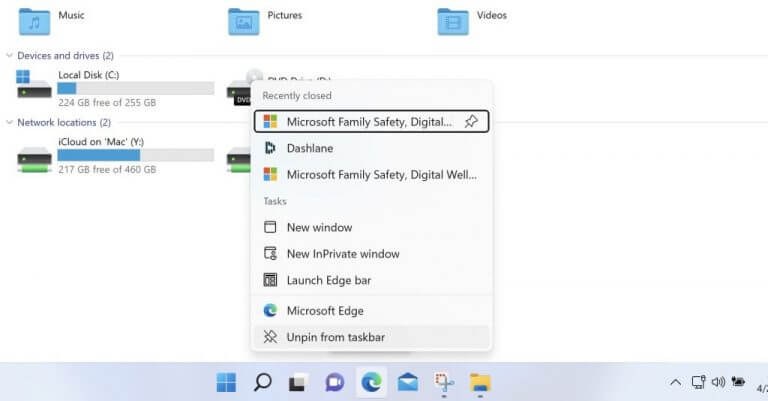 Another feature that can come handy is the ability to move around your apps. Simply click and drag the app to switch its place. When you release it, its app’s location will be changed.

When you no longer need it, you can hide your taskbar. And it’s a pretty straightforward method as well. Right-click anywhere on your taskbar skin, and select taskbar settings.

Then navigate down to Taskbar behaviors and select the Automatically hide the taskbar checkbox. As soon you do this, your taskbar will disappear into the background. To get it back, simply take down your cursor to the taskbar and the taskbar will reappear. 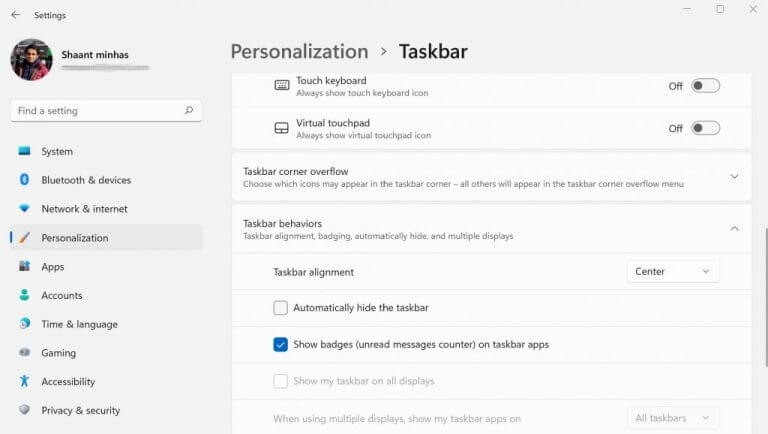 There are quite a many features that you can tweak from taskbar settings. There is, for instance, taskbar overflow management—a feature that lets you choose the icons that appear in the taskbar corners.

Customizing the Taskbar in Windows 11

The new taskbar in Windows 11 has ruffled many. As Microsoft keeps rolling out new updates, it’s going to be exciting to see what’s in store for the taskbar and other features. In the meanwhile, though, we can assuredly take measures and spice things up by customizing the taskbar.

This Kensington Rugged Case for the Surface Pro 8 not only protects it, but also improves usability, too