One of the best shooters of 2016 is more affordable than ever thanks to this week’s Deals with Gold. Titanfall 2: Ultimate Edition is just $6 with Xbox, and this is the most complete version of the futuristic FPS developed by Respawn Entertainment.

This Ultimate Edition includes all Deluxe edition content, Jump Start content (all Titans unlocked, all Pilot tacticals unlocked, 500 tokens to unlock loadouts, cosmetics and gear, 10 2x XP tokens) as well as the Underground R-201 Carbine Warpaint. Titanfall 2 has also been enhanced for the Xbox One X with 4K support at 60FPS.

If you’re not a fan of shooters, you can also save big on other EA games such as Mirror’s Edge Catalyst ($5), Dragon Age: Inquisition: Game of the Year Edition ($10) or Plants vs. Zombies Garden Warfare 2 ($8). The full list of deals can be seen on Major Nelson's blog. 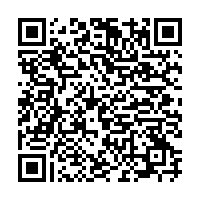 These 9 video games are leaving Xbox Game Pass this month