Microsoft is once again discounting select Xbox One bundles for a limited time, and you can currently get the beautiful Xbox One X Robot White Special Edition Fallout 76 bundle for just $399 ($100 off). The same bundle is also available with a black Xbox One X console, but the white version is definitely much more appealing.

This is probably a consequence of the game being hammered by reviewers and Fallout fans, but only these two Xbox One X Fallout 76 bundles are currently $100 off. Microsoft is offering $50 discounts on several other Xbox One X and Xbox One S bundles, including the cool-looking Xbox One X Gold Rush Special Edition Battlefield V Bundle ($449). This one actually comes with three games, Battlefield V, Battlefield 1 and Battlefield 1943. 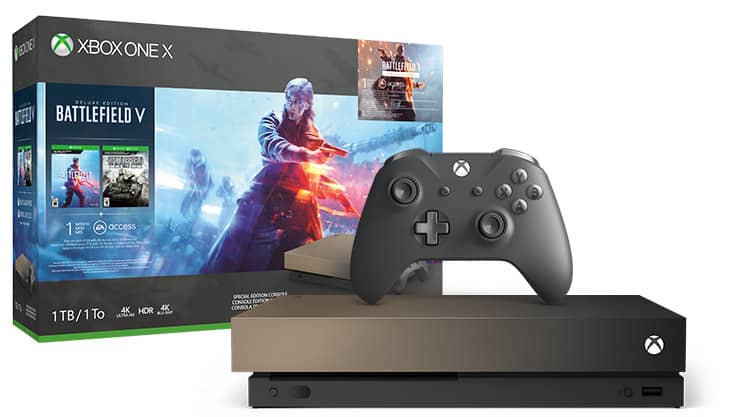 Other discounted bundles include the brand new Xbox One X Metro Saga Bundle (also $449), which includes Metro Exodus as well as the two remastered Metro Redux games. You can check all the discounts on Xbox.com, let us know in the comments if you're tempted by this white Xbox One X.