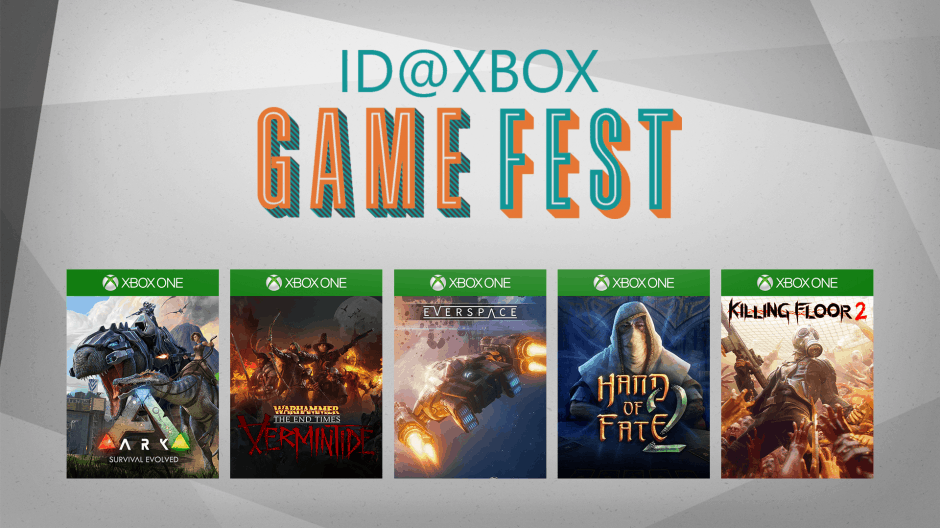 Microsoft announced yesterday that several Xbox One X enhanced [email protected] games have been discounted this week as part of the Game Fest celebration. The deals run through May 14th and include titles such as Everspace, Ark: Survival Evolved, and more. We've included some of the games for you below, and invite you to check out the full list of discounted titles here.

EVERSPACE™ is an action-focused single-player space shooter, combining roguelike elements with top-notch visuals and a captivating story. It takes you on a challenging journey through an ever-changing, beautifully crafted universe full of surprises. Your skills, experience, and talent for improvisation will be tested continuously as you piece together the puzzle of your existence through encounters with interesting characters, each having their own unique part of the story to tell.

In KILLING FLOOR 2, players descend into continental Europe after it has been overrun by horrific, murderous clones called Zeds that were created by rogue elements of the Horzine Corporation. The Zed outbreak caused by Horzine’s failed experiments has quickly spread with unstoppable momentum, paralyzing the European Union. Only a month ago, the first Zed outbreak from the original KILLING FLOOR ripped through London; now the Zeds are everywhere. Civilization is in disarray, communication networks have failed, governments have collapsed, and military forces have been systematically eradicated. The people of Europe are now focused on self-preservation, the lucky few who survived having gone into hiding.

These are just one small look at all the titles which are discounted as part of the [email protected] Game Fest. You can check back again with us next week for the next round of titles which are set to go on sale. Do you plan on picking up any of these titles? Let us know below.

Cortana is not going away, Microsoft exec says