As Microsoft is expected to release its Surface Duo phone soon in a couple of European markets, Best Buy and Amazon are currently offering $400 discounts on the dual-screen device in the US (via Neowin). Both retailers have the 256GB model for $1099.99, while Best Buy also offers the 128GB model for $999.99, with an additional $50 discount if you choose to activate the unlocked phone today. 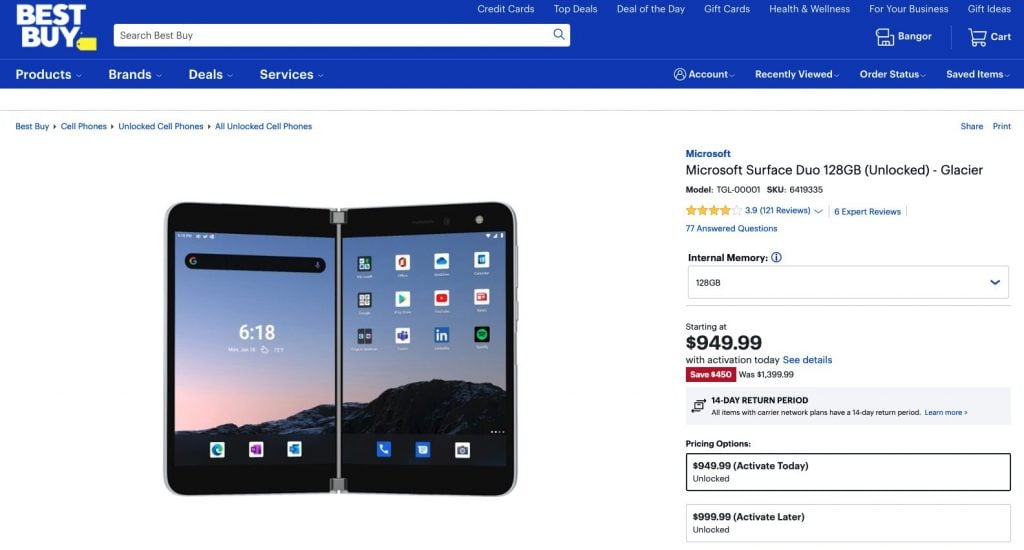 The US Microsoft Store will also offer similar discounts on the two Surface Duo models later this week. The software giant may have been a bit too ambitious with the $1,399 launch price, especially since the Surface Duo doesn't feature the latest and greatest specs. If the Snapdragon 855 SoC is still plenty fast enough in 2021, the Surface Duo comes with a pretty average 11MP camera. You should also be aware that the Surface Duo software still lacks some polish nearly six month after its US debut, despite Microsoft's commitment to release monthly software updates.

The Surface Duo is Microsoft's original take on dual-screen smartphones, and the Surface team deserves credit for bringing its hardware expertise to this new form factor. A lot of Android apps have yet to be optimized for dual-screen smartphones, but other manufacturers such as Samsung, Motorola, or Huawei seem to believe that dual-screen devices are here to stay. If you find this form factor attractive, there's a lot to like about the Surface Duo and the device more affordable than ever for a limited time.