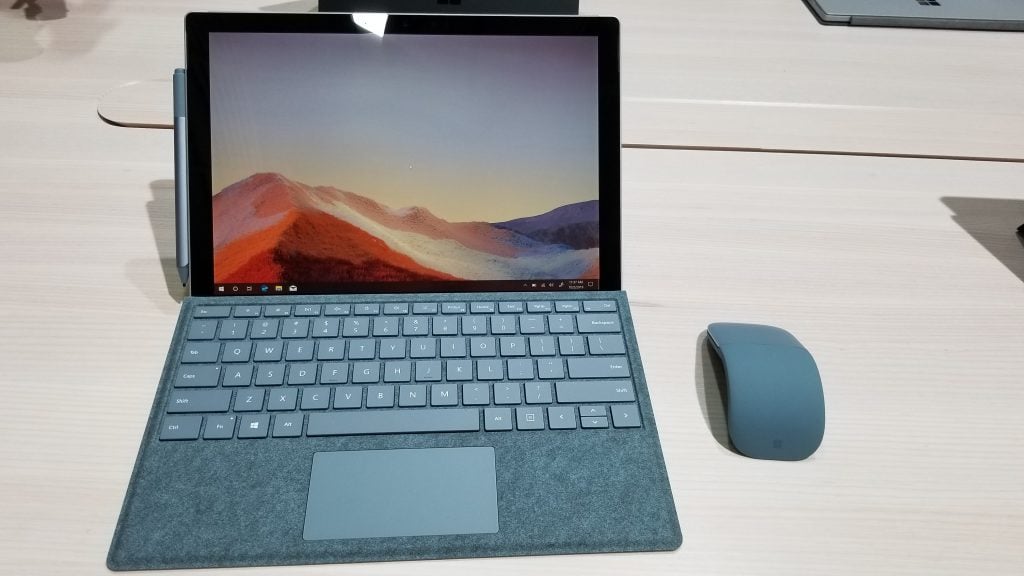 Microsoft’s Surface Pro 7 was just released a few weeks ago, but if the starting price of $750 was too expensive for your tastes, you can now find it on sale at BestBuy and the online Microsoft Store. Indeed, the retailers are both currently selling the Surface Pro 7 with the Type Cover bundle for just $600.

While $600 would seem like a great price, it’s important to note that this is the most base model of the Surface Pro 7. It comes configured with the dual-core 10th Gen Intel Core i3-1005G1 processor onboard. In addition, there’s only 4GB of RAM, as well as 128GB of storage to power it.

That’s a significant difference from the other models of the Surface Pro 7, which feature either 8GB or 16GB of RAM, and faster Quad-Core Intel Core i5-1035G4 or Core i7-1065G7 Processors. However, for most people, this configuration might still be great for web browsing and multimedia consumption. It also makes as a nice entry point into the Surface family as it is more powerful than $400 Surface Go which is powered by the Intel Pentium Gold 4415Y processor.

With the factor of the Type Cover keyboard coming in with the price, this is still a great deal. Normally, the Type Cover keyboard would be a $130 purchase, so you’ll be saving some here. That is perhaps enough to buy a Surface Pen, Office 365 subscription, and even Microsoft Complete for your nee Surface device. You also could pick up an accessory like the Surface Arc Mouse, Surface Ergonomic Keyboard, or even the nifty little Surface Dial.

As a reminder, the new Surface Pro 7 is a slight improvement from last year’s Surface Pro 6. It features a USB-C port in place of MiniDisplay port. In addition, it also has new Studio Microphones, for better call quality in Skype and Teams. You can also look forward to a new “instant” on feature, which means that your new Surface device will be able to wake from sleep almost instantaneously, even after setting it down for a few hours.

You can check out our own Cody Carson unbox his Surface Pro 7 here. And, you can keep tuned for our full review in the coming weeks.