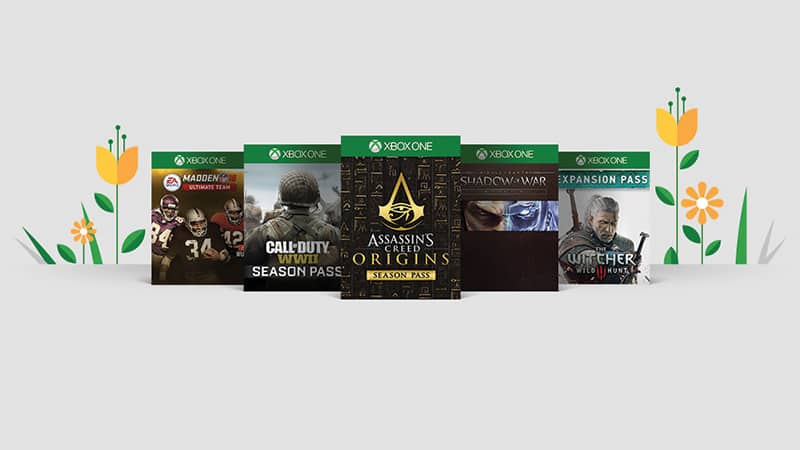 The massive Xbox Spring Sale finally ended yesterday, but Microsoft has just announced a Spring Add-on Sale with some great discounts on a list of add-ons and DLCs. This is a great opportunity to save big on Season Passes for recent games such as Assassin’s Creed Origins, Cities: Skylines, Wolfenstein II: The New Colossus or Resident Evil 7: biohazard.

There are also some great backward compatible Xbox 360 games in the list, with all DLCs for Fallout 3, Mass Effect 2 and 3, Grand Theft Auto IV and Red Dead Redemption being on sale this week. It’s also worth noting that Dead Space 2: Severed, the story DLC for the survival horror game Dead Space 2 (which will be free with Games with Gold on April 16) is free to grab for a limited time.

As for this week’s Deals with Gold, there are many racing games on sale including Burnout Paradise Remastered, DiRT 4 and DiRT Rally, F1 2017 and WRC Collection FIA World Rally Championship. If you’re more into action role-playing games, you may also want to check out the freshly released Outcast - Second Contact ($50% off) and Kingdom Come: Deliverance ($17% Off). As usual, the full list of deals is available on Major Nelson’s blog.