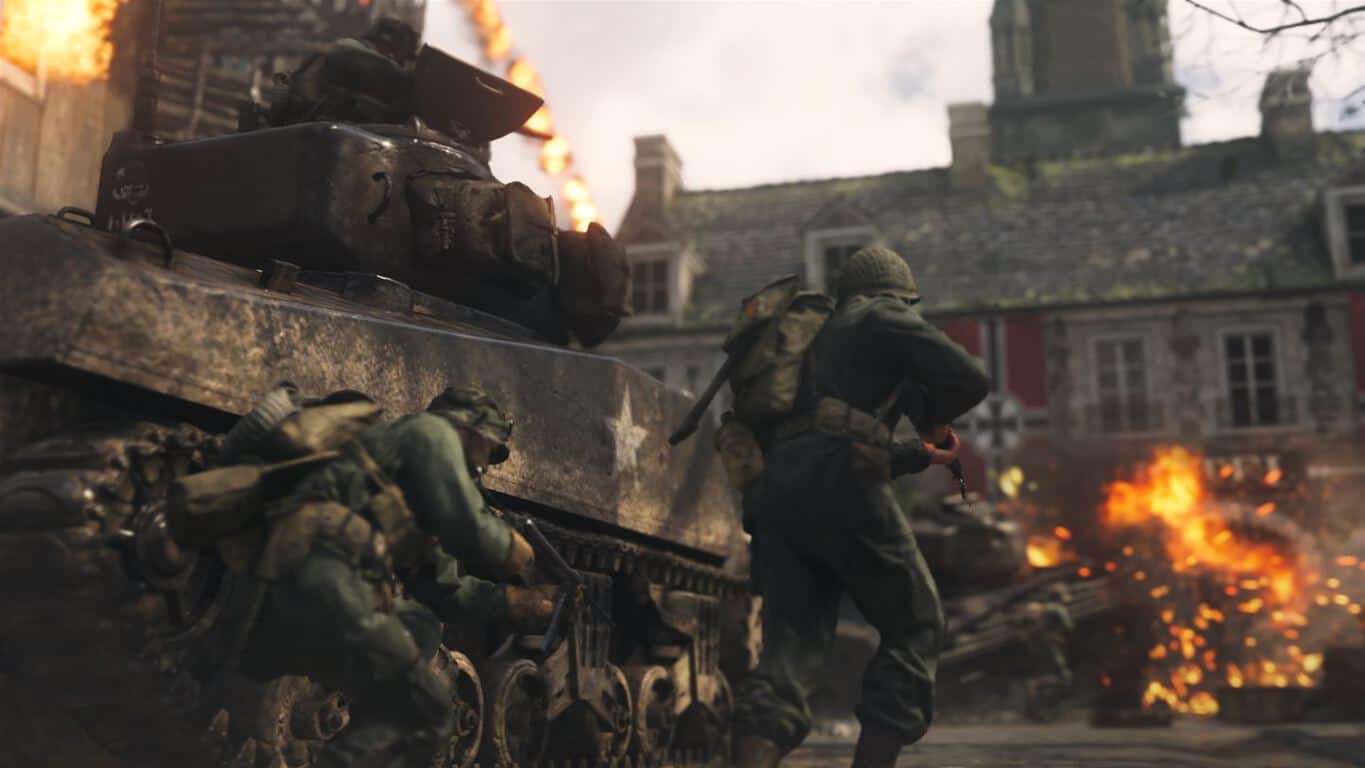 Once again, a lot of great Xbox One games are on sale on the Microsoft Store starting today. To begin, Xbox Live Gold subscribers can save up to 35% off Call of Duty WWII, Destiny 2, Injustice 2, three games released on the Xbox One last year and already enhanced for the Xbox One X.

In addition to this week’s Deals with Gold, the 2K Publisher Sale also offers up to 67% discounts off NBA 2K18, WWE 2K18, Borderlands: The Handsome Collection, Mafia III, and more. Lastly, you can also save big on Castle Crashers Remastered, Firewatch, Rocket League and more with this week’s Spotlight Sale. We invite you to check the full list of deals on Major Nelson’s blog, but as usual, we’ve added more details about some our favorite deals below:

Call of Duty® returns to its roots with Call of Duty®: WWII - a breathtaking experience that redefines World War II for a new gaming generation. Land in Normandy on D-Day and battle across Europe through iconic locations in history’s most monumental war. Experience classic Call of Duty combat, the bonds of camaraderie, and the unforgiving nature of war against a global power throwing the world into tyranny.

From the makers of the acclaimed hit game Destiny, comes the much-anticipated sequel. An action shooter that takes you on an epic journey across the solar system.Humanity’s last safe city has fallen to an overwhelming invasion force, led by Ghaul, the imposing commander of the brutal Red Legion. He has stripped the city’s Guardians of their power, and forced the survivors to flee. You will venture to mysterious, unexplored worlds of our solar system to discover an arsenal of weapons and devastating new combat abilities.

The biggest video game franchise in WWE history is back with WWE 2K18! Featuring cover Superstar Seth Rollins, WWE 2K18 promises to bring you closer to the ring than ever before with hard-hitting action, stunning graphics, drama, excitement, new game modes, additional match types, deep creation capabilities, and everything you’ve come to love from WWE 2K. Be Like No One.

Live the entire adventures of the Dragon Knight, in a great RPG that includes the complete and re-mastered adventure Ego Draconis, and the brand new adventure Flames of Vengeance! Explore Rivellon, a fantasy world ravaged by a secular war. As the last heir of the fearsome Dragon Knights, master your new powers to end the threat that lurks in the shadows above the kingdom! Follow your path through a huge living world; its inhabitants' destiny depends on each one of your choices.

Legendary game designer Sid Meier brings the greatest strategy game of all time to the Xbox 360 console! Built from the ground up for the Xbox 360 console, Sid Meier's Civilization Revolution challenges you to lead your chosen nation from the dawn of man to the space age on your quest to rule the world. Go head to head with history's greatest leaders as you wage war, conduct diplomacy, discover new technologies and build the most powerful empire the world has ever known.

The greatest players in NBA history from all 30 teams, together on all-time franchise rosters for the very first time. Show off your skills in a variety of game modes including MyCAREER, MyTEAM, The Association, Blacktop, and much more. Use Kinect voice commands to control the action on the court by directing your teammates, calling plays, changing defensive strategies, and calling timeouts.

All discounts will be available through Monday, February 19 on the Microsoft Store, let us know if you found any interesting games to pick up on the list.