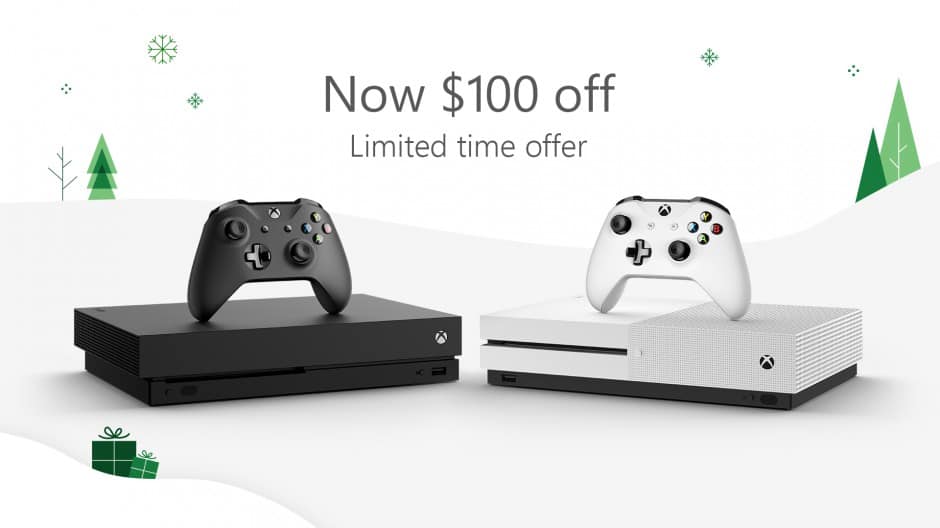 Microsoft previously offered a $100 discount on select Xbox One bundles for Black Friday, and the company will be doing the same during the holidays. The limited-time offer starts today in the US and will last through December 25, while supplies last.

The list of discounted bundles is available on Xbox.com, but we’ve highlighted some of the most interesting below. If you're not a fan of the standard black colour for the Xbox One X, and you can snag the Robot White Special Edition or the Gold Rush Special Edition for just $399:

Any Xbox console would definitely make a great holiday gift, and we hope these lowered prices will go standard in 2019. In case you missed it, Microsoft is planning to launch two new Xbox One consoles next year, a disc-less model that could start shipping in 2019, as well as an updated Xbox One S later in the year to cut manufacturing costs. Even though Microsoft is planning two next-gen "Scarlett" consoles in 2020, the Xbox One family will be supported for many years to come, and all Xbox One games you buy today are expected to be backward compatible on the next generation.

'Anaconda' and 'Lockhart' are reportedly the new consoles coming in 2020, and lots more Xbox news leaks