Microsoft today posted a roundup of all the new features that arrived in Teams during the months of February and March. The list of updates is quite long, and it includes plenty of enhancements to the chat features, meetings and webinar experiences, new devices, and more. Here’s a quick look at what you need to know.

One of the big news for Microsoft Teams is the introduction of new webinar capabilities, which were announced earlier this month at the Spring Ignite 2021 event. The company introduced support for 20,000-person view-only broadcasts and the ability to get attendance reports after the end of the webinar. Additionally, Live transcription with speaker attribution is now available in Microsoft Teams.

There’s also a meeting recap feature that includes resources such as a video recording alongside shared files and transcript and makes them available to participants post-meeting. Some of the other features added to meetings can be seen below.

Finally, Microsoft Teams is making it possible to view the list of participants in the lobby before admitting all of them into the webinar or meeting. The app is also adding dynamic meeting experiences on Android. These updates are already available for iOS users, allowing attendees to view speakers, attendees, and the content on a single screen. 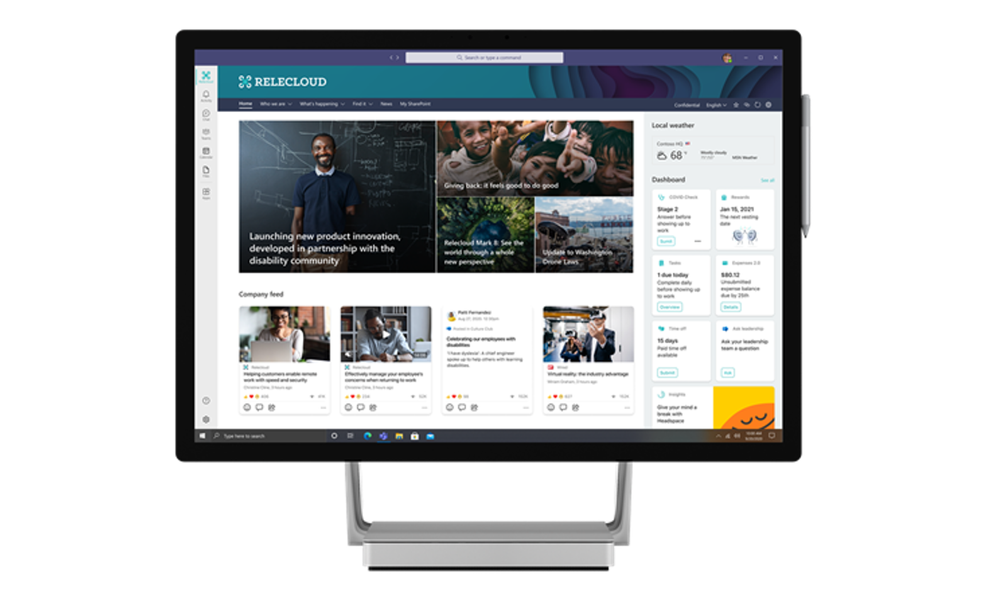 The second list of updates includes Chat & Collaboration features. First up, Microsoft announced the general availability of Viva Connections for the Microsoft Teams desktop app. Users can learn more about setting up the desktop experience in this step-by-step guide. On Android, the app is adding an on-demand chat translation experience, which is already available on iOS devices. The collaboration service is also adding some other important chat features, and you can find the list below:

In addition, a new file sharing experience is now available in Microsoft Teams, and there is also the ability for users to add Microsoft Teams to their SharePoint team site.

Moving on to calls, Microsoft Teams is introducing a new Collaborative Calling experience to support Voice-Enabled Channels in the desktop app. The feature will enable users to connect a call queue to a channel. It should make it easier for users to collaborate and share information with colleagues in specific scenarios, such as HR hotline and IT help desk.

That's not all, though, and there's actually quite a bit more. The Redmond giant has announced some newly certified Teams devices from its partners, including EPOS and Poly. There are a few security and privacy updates and custom development capabilities for developers, too. Finally, Government customers are also getting a handful of new features, which are detailed in the official blog post.