Xbox Cloud Gaming on 4G: First impressions of cloud gaming on a 4G home broadband network - OnMSFT.com Skip to content
We're hedging our bets! You can now follow OnMSFT.com on Mastadon or Tumblr!

Xbox Cloud Gaming, previously known as Project xCloud, saw its official release into beta on Android in September. With Xbox Cloud Gaming, those with an Xbox Game Pass Ultimate subscription can stream games over the internet to play on a device of their choosing - no Xbox console required, and no game installation needed.

Today, I want to take a look at the power of Xbox Cloud Gaming and how well it performs on a 4G LTE connection. But firstly, a bit of backstory.

The reason I've decided to use Xbox Cloud Gaming recently is that, with the impending launch of the Xbox Series X in November, I took the decision to trade-in my Xbox One S early, in order to maximise its value, as the value inevitably drops closer to the launch of the new consoles. That's left me without an Xbox console for a little over a month. Not fun.

That's when I started looking further into Xbox Cloud Gaming and if it would be enough to game my way through the next month. I looked into the requirements to get started, such as needing an Android device, an internet connection with a speed of 10Mbps or more, and an Xbox Game Pass Ultimate membership. I was able to tick all of those boxes.

Here are the details of the setup being used.

Getting setup with Xbox Cloud Gaming

Having dug out an old Samsung Galaxy Tab S4 tablet, a USB-C hub with a HDMI connector and an additional USB-C port for charging, I was able to hook the tablet up to my TV and keep the tablet charged whilst gaming.

An Xbox One Wireless Controller was then connected to the tablet via Bluetooth.

After booting up the Xbox Game Pass app, Xbox Cloud Gaming was immediately available, with a number of titles having a "Play" button to launch them.

Now came the exciting part - launching into a game. My first game of choice was Minecraft Dungeons. 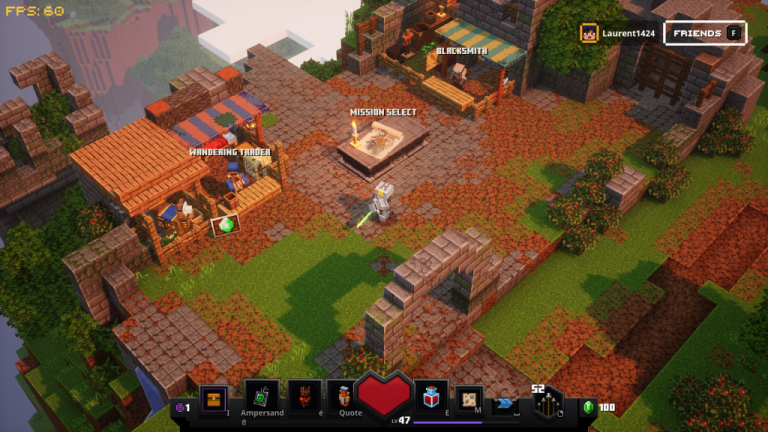 It was quite a surreal experience being able to launch a game - and have my progress synchronise - all without having to download or install anything.

There was an Xbox Cloud Gaming loading screen, which took a couple of minutes to complete. Then Minecraft Dungeons booted up, and within a few seconds thereafter, I was at camp.

To start with, I decided to walk around camp, assessing the level of input lag. It's safe to say that I was pleasantly surprised; I had read reports that stated the input lag when the controller is connected via Bluetooth was pretty bad, but in my first game, it was fairly acceptable, although the delay was noticeable.

Jumping into a mission, the game ran relatively smoothly (bearing in mind that cloud gaming runs at 720p), with input delay remaining acceptable and, for the most part, the game running in a way that was manageable to play. There was one point where things did take a turn for the worst - during a TNT explosion - in which the game slowed to a crawl for a couple of seconds, but then returned back to normal.

All in all, Minecraft Dungeons was very much playable, and Xbox Cloud Gaming provides a good opportunity for jumping into the game whilst lacking a full Xbox console.

But Minecraft Dungeons is a relatively simple game. Next up, I decided to jump into Halo: MCC.

Booting into Halo: MCC was a pain-free experience, and fast. The menus loaded quickly, and navigating them didn't show any noticeable input delay.

Going into Halo: CE, the game started off with relatively few issues, but there was a much more noticeable delay in input, making it much harder to control the character and accurately target enemies. A lot of screen tearing and the stream refreshing itself also took place, resulting in odd-looking graphics and distractions. It began to feel like I was watching a video cassette, rather than playing a game.

Continuing through the mission, the results only became worse. Despite the 4G connection remaining strong, the quality of the game stream deteriorated the longer the game session went on. The quality of the stream dropped to far below 720p, with the entire screen becoming pixelated, though input delay remained stable.

Once the quality of the stream dropped, it never improved. At this point, I decided to quit the game and try one other game.

In comes Doom Eternal. Having never played the game before, I wasn't sure what to expect. But it's safe to say that the experience probably wasn't the most ideal for this type of game. 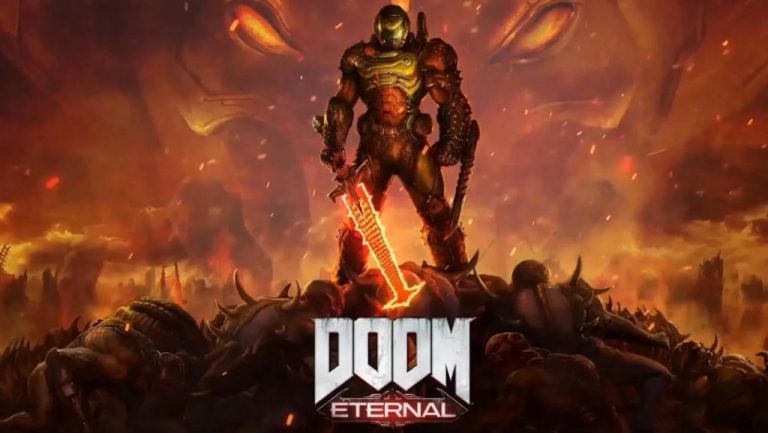 The input delay was too large for shooting enemies to be accurate, resulting in numerous missed shots and wasted ammo. Whilst the resolution of the stream remained positive throughout, the input delay was just too much.

In addition, on the first mission, Hell on Earth, there's a part in which you are required to jump onto a ledge and then from the ledge onto an adjacent platform, but the input delay makes doing this exceedingly difficult, as timing is paramount.

I was able to comfortably play the game for an hour or so, before the input delay became too infuriating and making the game harder to play than necessary. Constant screen tearing took away from the experience.

Overall, having played a variety of games, I would say that I was a little unimpressed, but remain optimistic for the future and at what Microsoft is building.

This same 4G connection has no problems with 4K video or online multiplayer. Yet with Xbox Cloud Gaming, the 720p game stream was riddled with screen tearing, input delay, and at times, the graphics becoming extremely pixelated.

Whilst 4G is not necessarily the most recommended connection type, I would argue that 4G in the area in which I was using Xbox Cloud Gaming is pretty strong (as noted by my setup earlier on, far exceeding the 10Mbps recommendation), and even when the game stream quality deteriorated, the actual 4G connection remained strong at all times, leading me to suspect that either something was going awry on Microsoft's end, or there's some technical hiccup somewhere along the line, potentially with the Samsung tablet itself.

One issue of particular note is that, during one of the game sessions, the connection indicator on the Xbox Game Pass app showed a poor connection symbol, which remained indefinitely, even when quitting a session and starting another. It required a full restart of the app for it to detect that the connection was optimal.

Being in beta, issues are to be expected, but the experience didn't match with my expectations of at least a smooth stream at 720p. I could forgive it if the stream was at 4K, but that's not the case.

Nonetheless, I strongly believe that cloud gaming is the future. Like I mentioned, the surreal experience of being able to boot straight into a game with no prior download required is a truly next-gen experience, particularly when coupled with Xbox Game Pass, where you'll likely be wanting to try out numerous titles to see what you like, but don't want to download a ton of games just to do so.

All I need now is for Apple to pull its fingers out of its ears and recognise cloud gaming as the next direction for gaming and adjust its policies to allow game streaming, in its full form, across iPhone's and iPad's.

In the meantime, looks like I'll be continuing my quest to complete Minecraft Dungeons on my Samsung tablet until November 10.

Tell us about your Xbox Cloud Gaming experience!

Have you been playing games via Xbox Cloud Gaming? What's your experience been like? Let us know the device and setup you've been using - we are keen to hear how others are getting on and their thoughts on the new service.