What is a Windows 10 Insider Bug Bash? 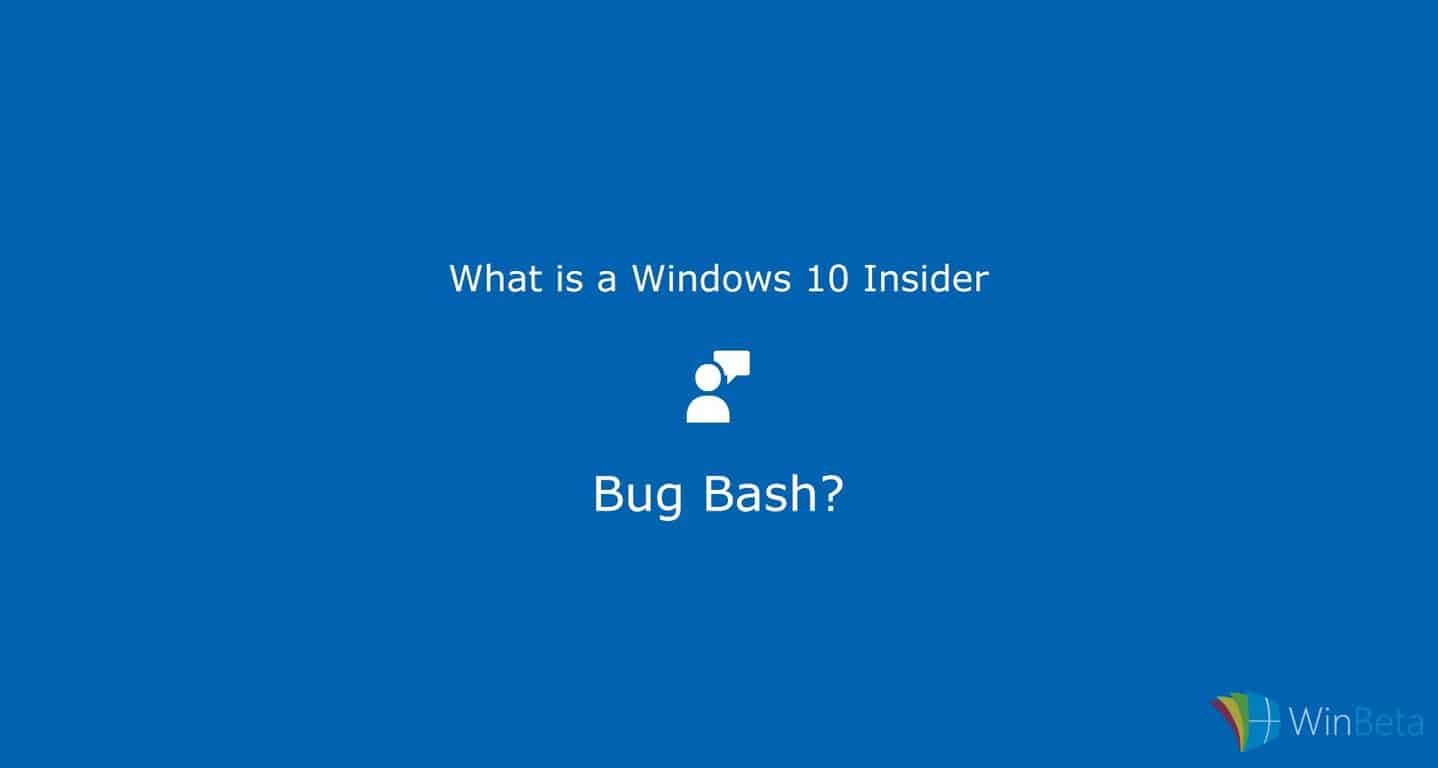 With the Windows Insider program on Windows 10, we were introduced to what Microsoft likes to call a ‘Bug Bash’. The first bug bash took place on April 26, 2016. Bug bashes are used as a way for the company to gather direct feedback on specific journeys that a user may take; this involves asking the user to complete a specific scenario or set of tasks, and providing their feedback at the end.

Microsoft generally announces an upcoming bash a few weeks ahead, and once the time comes around, they release a number of quests into the Feedback Hub. These quests are designed to get users to test a number of features in Windows 10; this could include Bluetooth connectivity, or new functionality in the Edge browser, such as extensions. Sometimes new quests are added throughout the duration of the bug bash.

A bug bash doesn’t just involve quests. Microsoft also wants users to test everything, do everything they would normally do, and report any issues that they notice, no matter how big or small it might be. It is a chance for the company to refine the user experience and weed out any annoyances that could occur, to ensure a smoother experience, particularly for an upcoming large release, such as the 2016 Anniversary Update.

What platforms are Bug Bashes held on?

Bug bashes are available on any Windows 10 device that features the Feedback Hub. This includes Windows 10 PCs, tablets and mobile. All you need to do is head over to the Quest’s page and start working your way through them – or provide your own feedback, through the standard Add Feedback functionality.

How often are Bug Bashes run?

So far, bug bashes are a somewhat rare event, used only to refine the experience before major releases. Stay tuned to OnMSFT for all the latest Windows 10 Insider Bug Bashes!

What does Microsoft do with my Feedback items?

When you submit a Feedback item in the Feedback Hub, particularly so during a Bug Bash event, Engineering teams responsible for the feature affected will triage and review the reported issue. They will then attempt to replicate the issue or view similar reports to gather insightful information. If they have the necessary information, it will be queued and assigned for a fix to be created. Eventually, the fix gets rolled out to Windows 10 Insiders.