Windows 10 Creators Update is built for artists of all types 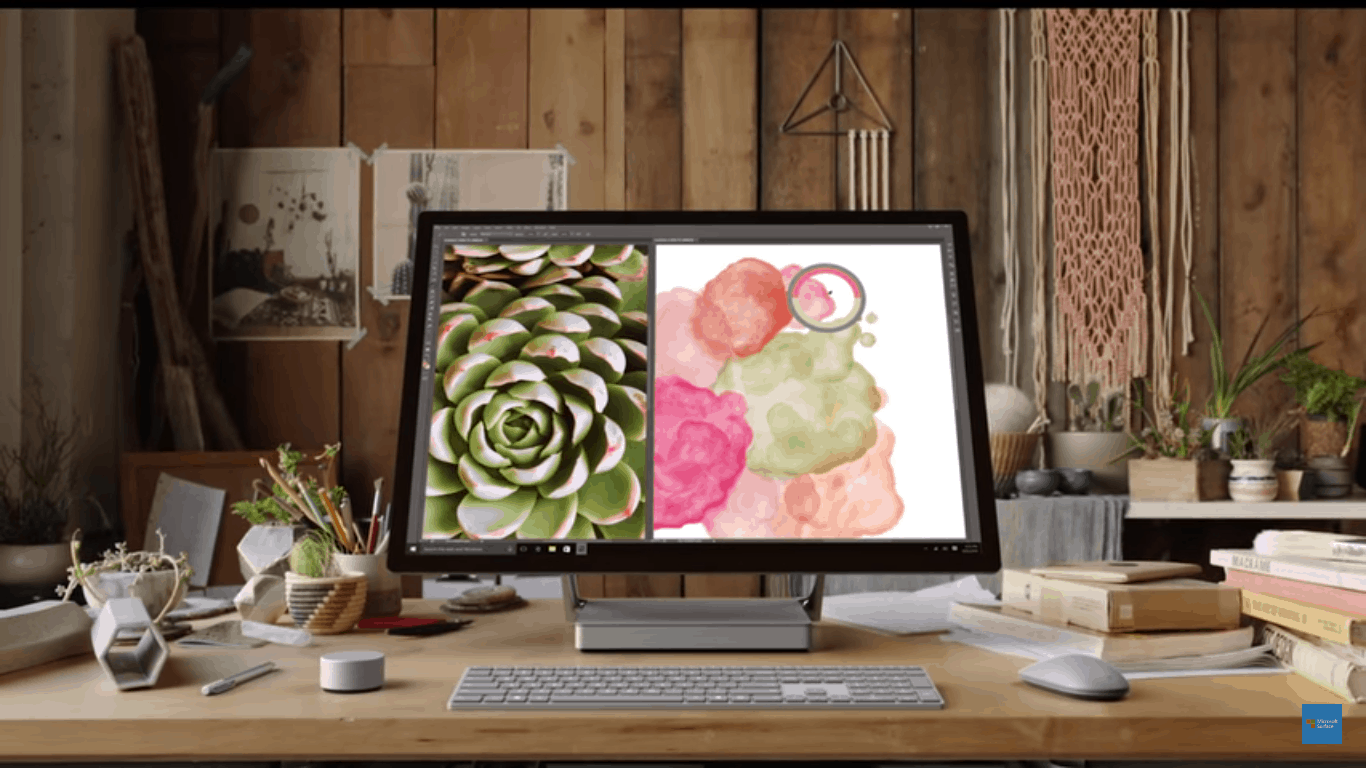 Yesterday was the Windows 10 Event in New York City and as I sat down to watch the live broadcast, I had only expected more relatively awesome news to write about. Not only was I surprised at the announcement of the Creators Update, but I was blown away by the sheer depth to which the presentation drew out my inner artist.

Okay, I’m not a Picasso or a Van Gogh, but creators come in all different shapes and sizes. I’m a soul that has dove into multiple types of media, from the simplistic doodle pad I carried around with me in high school to the daily Photoshop graphic design that I tackle just for fun today. To me, the world is big and bright, an inspiration to learn from and grow with. And upon seeing the Windows 10 Creators Update, I was literally brought bliss by the potential digital horizons that developers and users alike will embark on.

Putting 3D in the Hands of Sculptors

Virtual reality has always been a cool concept to me, but since I’m not a developer, I hadn’t any expectation that I would be able to build content for it. As an amateur 3D modeler, however, mostly as a hobby, the opening of the Capture 3D Experience was enough to put me on the edge of my seat. Being able to use a mobile app to create objects in the digital world? Microsoft, you have my attention! Not only that, the revamp of Paint to Paint 3D stole my heart. For most artistic individuals, Microsoft Paint is a joke; it is something to scoff at compared to the more professional (and expensive) options available out there. 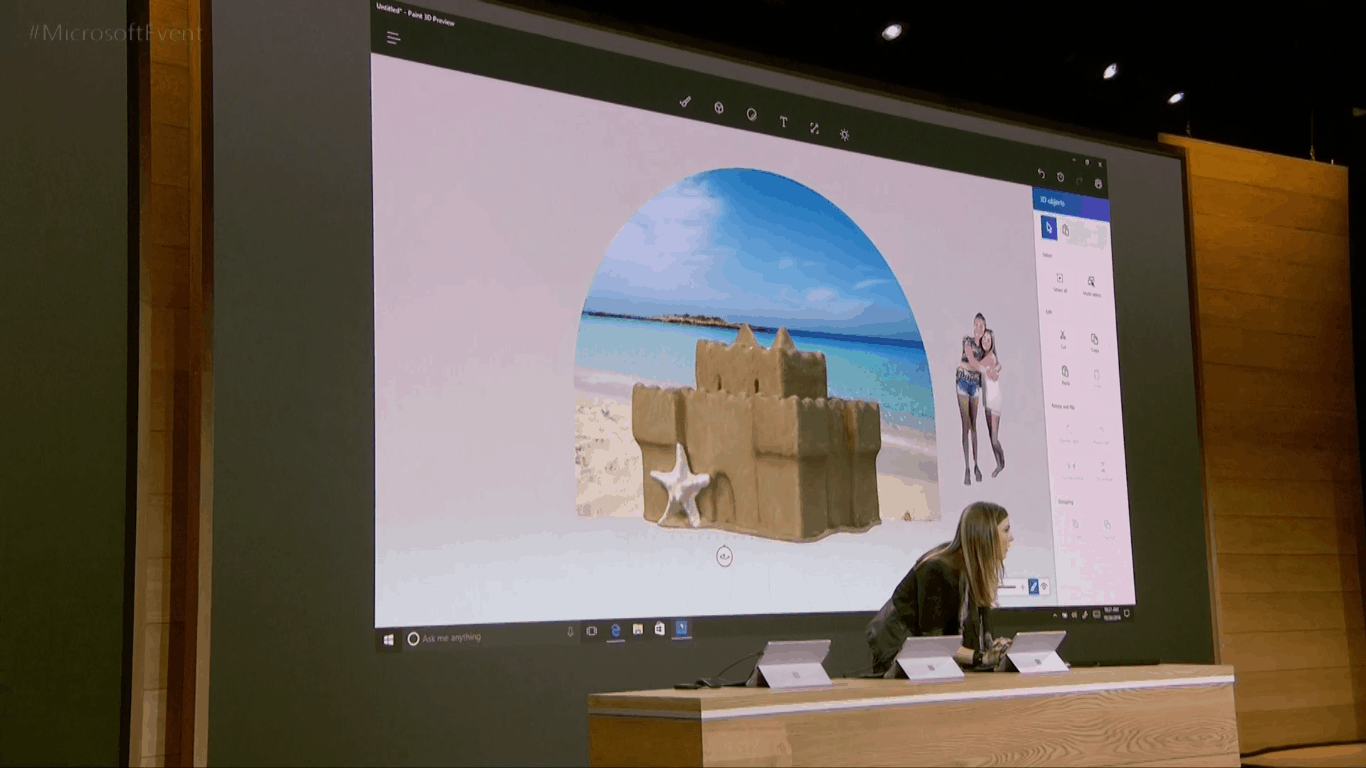 Building on top of the availability of 3D image creation, though, Microsoft took it one step further. With Remix 3D, creators will be able to share, download, and follow other creators like themselves across a large hub of infinite virtual models and sculptures. Through a partnership with Trimble, applied technology experts, Remix 3D will even work alongside the Google-owned SketchUp that already has millions of users for the 3D modeling platform. This is huge news for the everyday Joe! Hobbyists can conspire and share share, collaborate, and integrate with professionals even easier than ever.

Do I think Paint 3D will blow us out of the water? Not necessarily. But I do believe that the old reliable will be a gateway to more innovative creations. It only takes one messy sketch to begin your first canvased masterpiece.

Speaking of painting, drawing on Surface and other devices isn’t anything new at all. Why then was I so intrigued by the hardware announcements during this event? I have played with many types of hardware. It was almost seven years ago that I got my first Wacom Bamboo. I was amazed that drawing on this tiny little black pad could stretch paint across the computer monitor with relative ease.

Even so, the pen always seemed to have some complication or other with staggering and consistency. Since then, I’ve played with many different types of hardware and while some performed better than others, I never felt the connection I have when it comes to just a plain 6B graphite lead and paper.

Then there was the Surface Studio! I balked at the device created specifically for creators and I instantly had flashbacks of painting on an easel in college. Panos was right when he called the Surface Studio beautiful, and I nodded in agreement with eyes wide open. I was entranced.

Windows 10 Creators Update is built for artists of all types

Yesterday was the Windows 10 Event in New York City and as I sat down to watch the live broadcast, I had only expected more relatively awesome news to write about. Not only was I surprised at the announcement of the Creators Update, but I was blown away by the sheer depth to which the presentation d

“Yeah, but it’s too expensive,” I was told by one reader when I expressed my excitement. True that the Surface Studio is obviously made specifically for the professionals that can afford it. That $2,999 starting price tag is no laughing matter! However, if I’m being completely honest, that makes me want it even more. It is made specifically for all of the individuals committed to their work. It draws in the artists that want to bring their creations to life from digital to reality.

Gabe from Penny Arcade even got a chance to play with the Surface Studio, the lucky dog. According to him, the first time you use it almost feels like you’re a child about to get in trouble for doing something naughty. The smooth 3:2 aspect ratio is so magical, that Gabe expressed fondly that the new Surface Studio may very well be his dream computer.

Art for All Types

Every type of creator can have a reason to celebrate this update. From using the digital surface to expressing yourself to the developers that make the application, users can’t deny the potential of the Windows 10 Creators Update.

As Kevin Gallo expressed in his interview, developers are creators too. This holds no truer now than it has in the past. The Creators Update isn’t just about giving new ways to express yourself through art, but to develop and code applications that will enable those artistic minds. Particularly with the use of the new peripheral, the haptic Surface Dial. 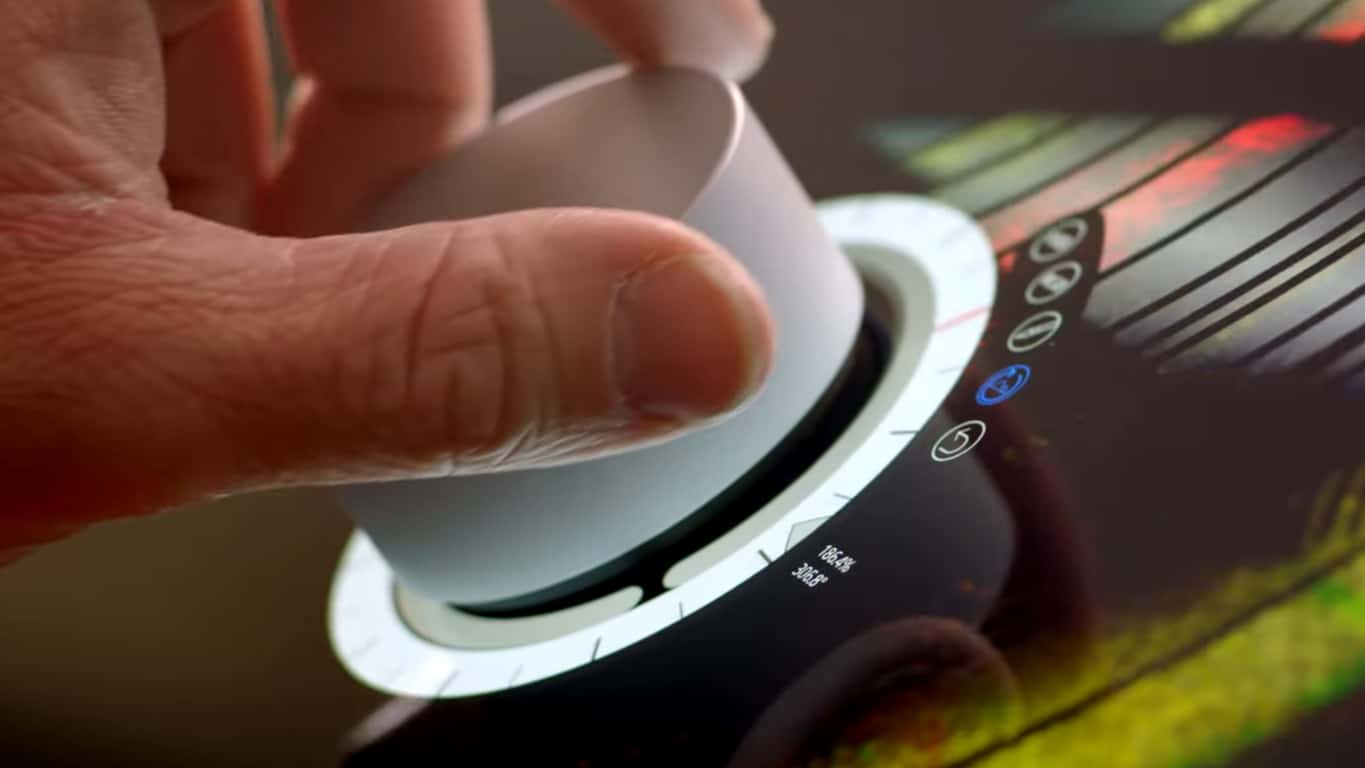 This little accessory is mind boggling. It’s like adding a color palette to the palm of your hand without ever getting acrylic all over you. And the best part is, you won’t even have to wash up when you’re done. Developers are able to create interaction configurations for all types of settings: Turn the dial left, right, tap it, place it onto a surface, and take it away. All of these can completely revolutionize how we interact with the UI of most applications. It’s not even limited to just Surface devices either!

The world is full of art, and Microsoft is embracing the latent abilities of the public with this update. I’m switching now to Windows 10 Fast Ring so I can play around in Paint 3D and experience the virtual space that many like myself are so excited about.

What will you create?