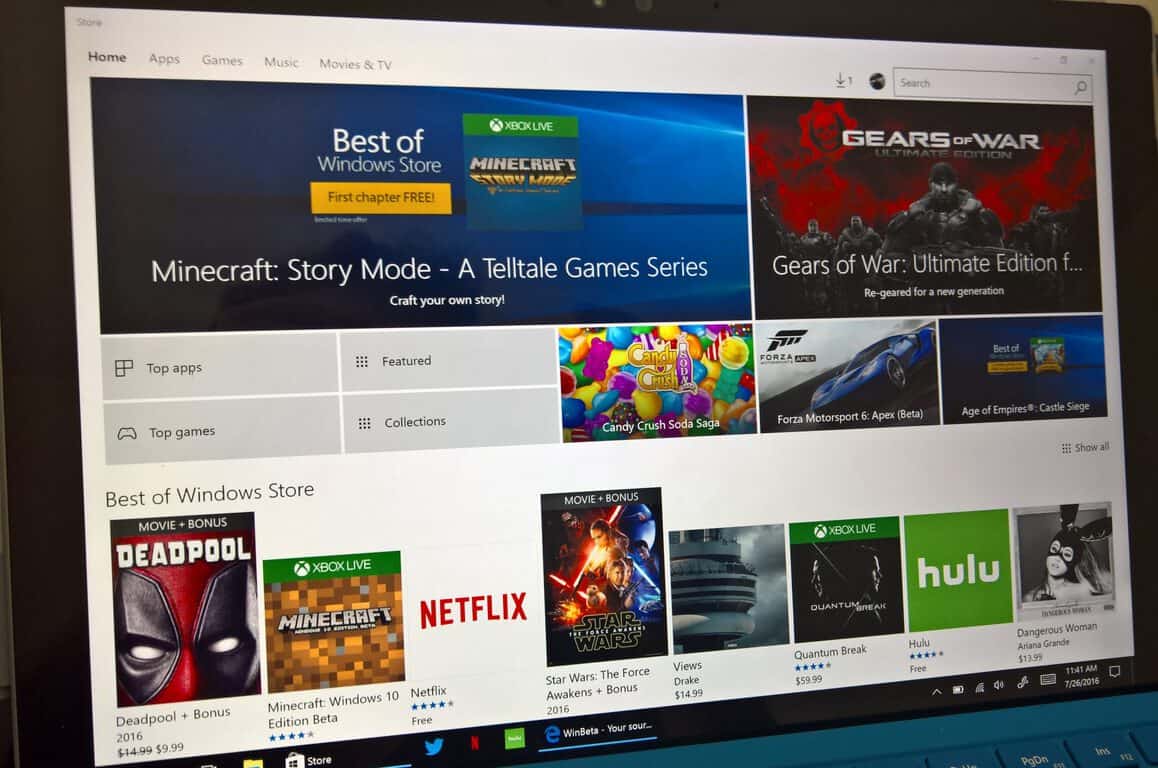 Xbox Play Anywhere allows you to purchase select games once and play them on Windows 10 and Xbox with shared progress, shared game saves, and shared Xbox achievements. Xbox Play Anywhere games are set to appear in the Windows Store starting Fall 2016.

Windows Store apps and games will also feature improved ratings and reviews, and system requirements (a must-have for Windows 10 PC gamers). Windows 10, Xbox, and Play Anywhere games feature trailers, game clips and more. For digital game purchases in the Windows Store, gamers can choose wherever they want (on their PC) to install their games.

While the improvements and additional game and app information added to the Windows Store are nice, there is no way of knowing if my PC meets the requirements to play games like Quantum Break. I know there are gamers out there that know the ins-and-outs of their PC and may have even designed and built their own, but for some people, if there is a "Buy" button with no warnings of whether or not my Windows 10 PC will play the game, I will end up getting stuck with a Windows 10 game that doesn't work on my device.

The Windows 10 Anniversary Update makes the Windows Store visually prettier from a Windows 10 user's standpoint. Understandably, the Windows Store experience improvements are based on user feedback. However, it appears Microsoft went a little overboard on the amount of descriptive content that they provide for their apps and games.

The Windows Store shines when it comes to Xbox games, TV, and movies. The big elephant in the room that the Windows Store still needs to address is the giant app gap that continues to plague Windows 10. Snapchat, Pokemon Go, and HBO NOW/GO (I am sure people can think of at least a dozen others) are just a few of the apps that are still not available on Windows 10.

Share your thoughts about the improvements to the Windows Store in the comments below.

Editor’s note: This is the sixth post in a series that goes over the new features of the Windows 10 Anniversary Update. This post is ideal for new users who are experiencing the update for the very first time. For those who have been a part of the Insider program, share your thoughts on the Anniversary Update in the comment section below.