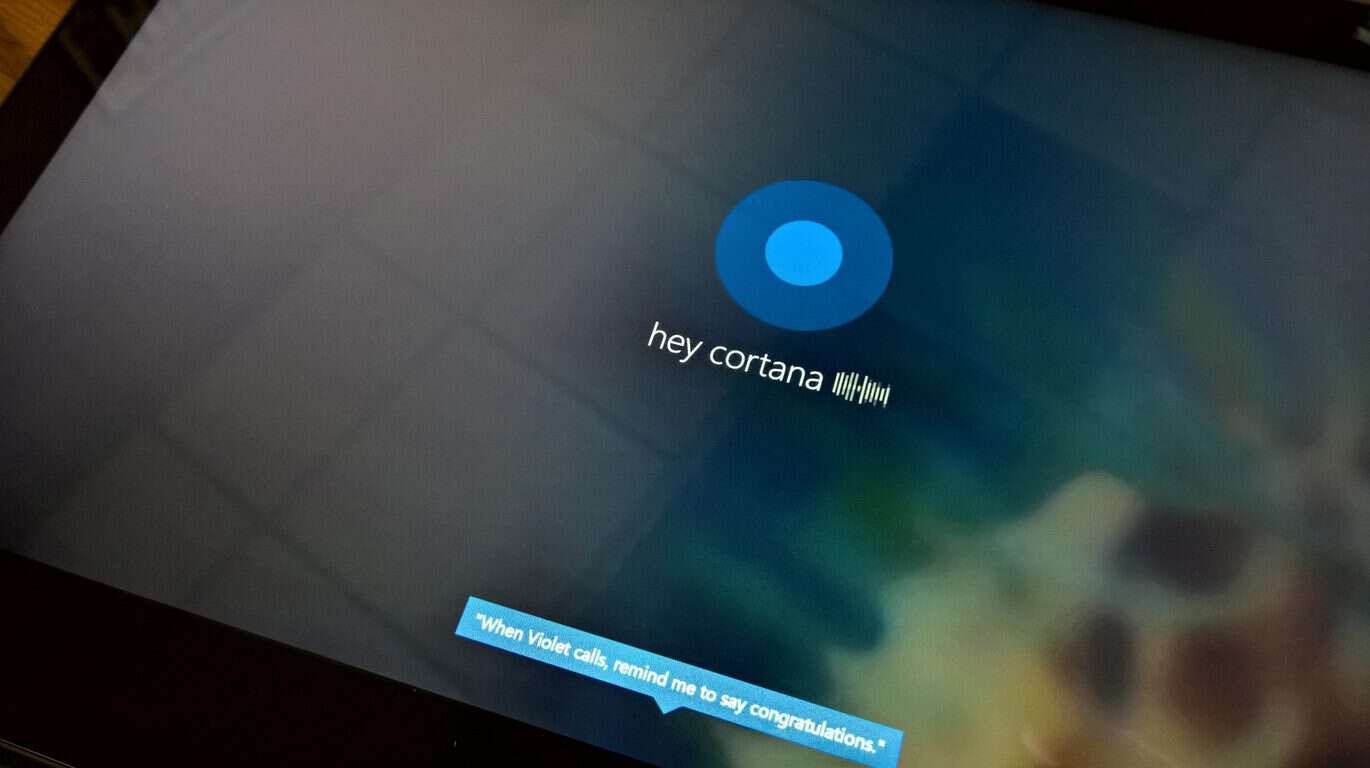 To clarify, a service pack comparison should by now way diminish the efforts and engineering work done by the Windows team, to which there is plenty, starting with the added functionality of Cortana in the Anniversary Update.

In the Windows 10 Anniversary Update (AU) Microsoft’s seemingly nascent digital assistant evolves from a fancied file grabber to a much more cohesive search, plan and tracking assistant for Windows 10 users.

Part of Cortana’s evolution in the AU is its additional placement on the lock screen. In addition to living on the highly trafficked taskbar in Windows, Cortana can now be the first thing users encounter as they flip the lid on their laptops or start up their work machines. The Windows team had to toe a delicate line between a potential for information overload on startup but remaining functionally useful. The compromise of Cortana on the lock screen resulted in a subtle rotating list of commands and suggestions users can use to interact vocally with the digital assistant.

When starting up a Cortana enabled Windows 10 AU PC, on the lock screen will appear some text at the top that suggests voice commands such as “Hey Cortana, show me my shopping list.” With being partly, a voice operated experience the Windows team had to figure out a way to display Cortana’s capabilities while remaining visual digestible. Whether or not they succeed in their goal will remain to be seen, but personal, I think it was a well-chosen compromise.

Next up is the more functionally rich-additions brought to Cortana in the AU such as its tracking abilities. In the AU version of Cortana, users can rely on the digital assistant to save and recall key information such as frequent flier numbers, where someone parked at the airport or offer more details on shipped packages. The updated version of Cortana will also enable users to tag their tracked information with visual reminders. Now when a user is out and finds bottle of wine or a favorite dish they would like to enjoy or replicate later, a simple click and save using Cortana on any device can bring up a visual reminder on the desktop.

In addition to Cortana’s growing list of functions on the desktop, is the digital assistants growing list of accessible devices. With the Windows team releasing and refining Cortana’s experience on Android and iOS, the digital assistant can also deliver notifications across enabled devices. Users can now plug Cortana into their preferred mobile experience and have their notifications spread to their Windows 10 experience.

Take, for instance, friends sharing location updates via Google or Apple Maps, Cortana can now push the GPS notifications to a desktop or workstation via the Action Center on Windows 10 AU. Phone or tablet notifications will appear at the top of the Action Center and be identified as a Cortana related piece of information. There are settings to reduce the potential amount of redundant information that allow users to turn off additional Cortana features if they choose to do so.

The last bit of Cortana changes come as visual tweaks intended to streamline its search functionality. In the AU, Cortana has done away with iconography to display searchable areas and has instead pushed forward with a much more tabbed experience, similar to what users might find in File Explorer. While I preferred the iconography approach, when used on a desktop with mouse and keyboard as the primary experience, the change will probably have little more than a clarifying effect on users.

With Cortana being an unbundled development process for Microsoft, new features and updates should continue to come to the digital assistant long after the AU. For Windows 10 users, now that Cortana can exist alongside their chosen mobile platform, no doubt responsible for a majority of the planning, tracking and notifications in their lives, use of it on the desktop has just received a much-needed boost.

Editor’s note: This is the seventh post in a series that goes over the new features of the Windows 10 Anniversary Update. This post is ideal for new users who are experiencing the update for the very first time. For those who have been a part of the Insider program, share your thoughts on the Anniversary Update in the comment section below.