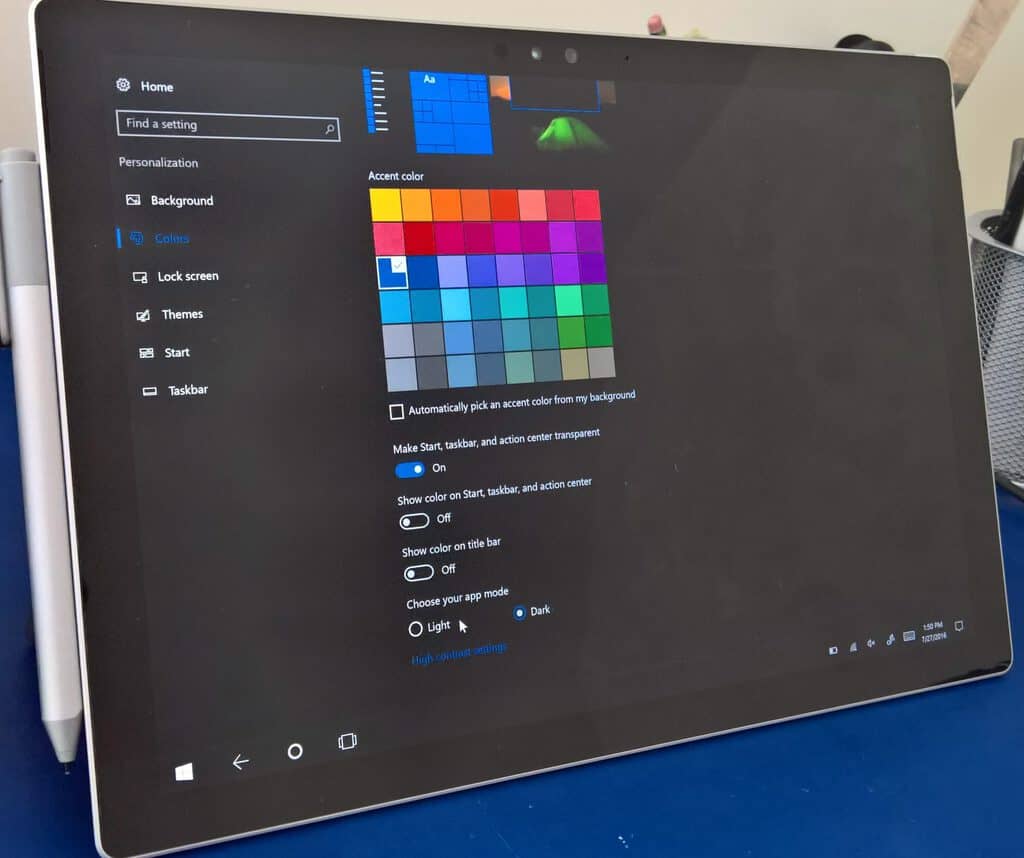 Windows 10 Anniversary Update brings two new Windows 10 features: dark mode and new keyboard emojis. Turning your Windows 10 screen dark is a good idea if you are looking to prolong your battery life of your device (particularly if you're using an OLED screen). At the very least, dark themes can be pleasant to use and less distracting.

Many Windows 10 apps already have a dark and light theme, but Windows 10 took it a step further by providing the option of turning everything in Windows 10 dark. Even Windows 10 UWP apps, including Outlook Mail and Calendar, change into dark mode.

The one thing that dark mode in Windows 10 does not do is override the theme settings of some user-installed Windows 10 apps. For example,  you can change the theme to dark or light in some apps like Netflix, but there are no theme settings in other apps, like Hulu. If you were able to change the settings of everything in Windows 10, apps and OS to dark mode, then that would be great. Maybe we'll see that being an option at some point in the future.

Using dark mode is a pleasant experience at night and during certain times during the day as well. Although during the day, you might have to increase your brightness settings in some instances. Surface and Windows 10 PC users might be familiar with a program called f.lux. f.lux changes the color levels of your screen to match the time of day, and to not tire your eyes during long sessions in front of a computer screen. Windows 10 dark mode is a lot like f.lux in this regard, without all of the "blue light" fussiness.

Windows 10 also improved the visuals of the emojis. Here are examples of what the emojis look like in Windows 10 before and after the Windows 10 Anniversary Update.

Visually, the Windows 10 Anniversary Update gives the emojis a more refined and vibrant look. Furthermore, Microsoft is pushing the envelope once again, after being the first to provide the middle finger emoji, there are a couple more new ones, including a new improved poop emoji.

Editor’s note: This is the fourth post in a series that goes over the new features of the Windows 10 Anniversary Update. This post is ideal for new users who are experiencing the update for the very first time. For those who have been a part of the Insider program, share your thoughts on the Anniversary Update in the comment section below.