Why Minecraft is the perfect gift for young gamers

It’s not always a straightforward affair shopping for a young person. Holiday seasons are often spent traipsing through the stockpiles of stuffed animals, loud electronics, and the latest fads and trends. Not that these are bad presents, but rare is it to find a gift that is productive, fun and introduces children to a new and innovative way to explore the world around them, such as Minecraft.

Sure, a few of you are groaning. After all, Microsoft’s acquisition of the small indie company has paved the way for a cacophony of products including but not limited to Lego sets, stuffed animals, books, posters, t-shirts, and even a spin-off video game from Telltale. The sheer amount of focus put into Minecraft by the tech giant as of late is almost staggering, but that’s for one simple reason.

Minecraft is a good product. The limitless potential of the sandbox video game to reach children in an educational and fun method while also inviting adults to dive in makes Minecraft one of the best gifts for younger gamers.

If there is one thing that young minds have strived for through the decades, it's a means to express themselves. Whether it's through hairstyle, clothes, art, or music, generations have made determined efforts to fight for their unique identifiers and make their place in the world. In an age of growing technology, another way of being creative has turned to the computer screen.

There is no argument that the massive scale of Minecraft's sandbox is beyond limitless. The virtual world generates more and more as you travel through it, mining, killing off mobs, and building. That is where Minecraft truly shines with some users even having the inspiration to create masterpieces of their own on a canvas of digital blocks. 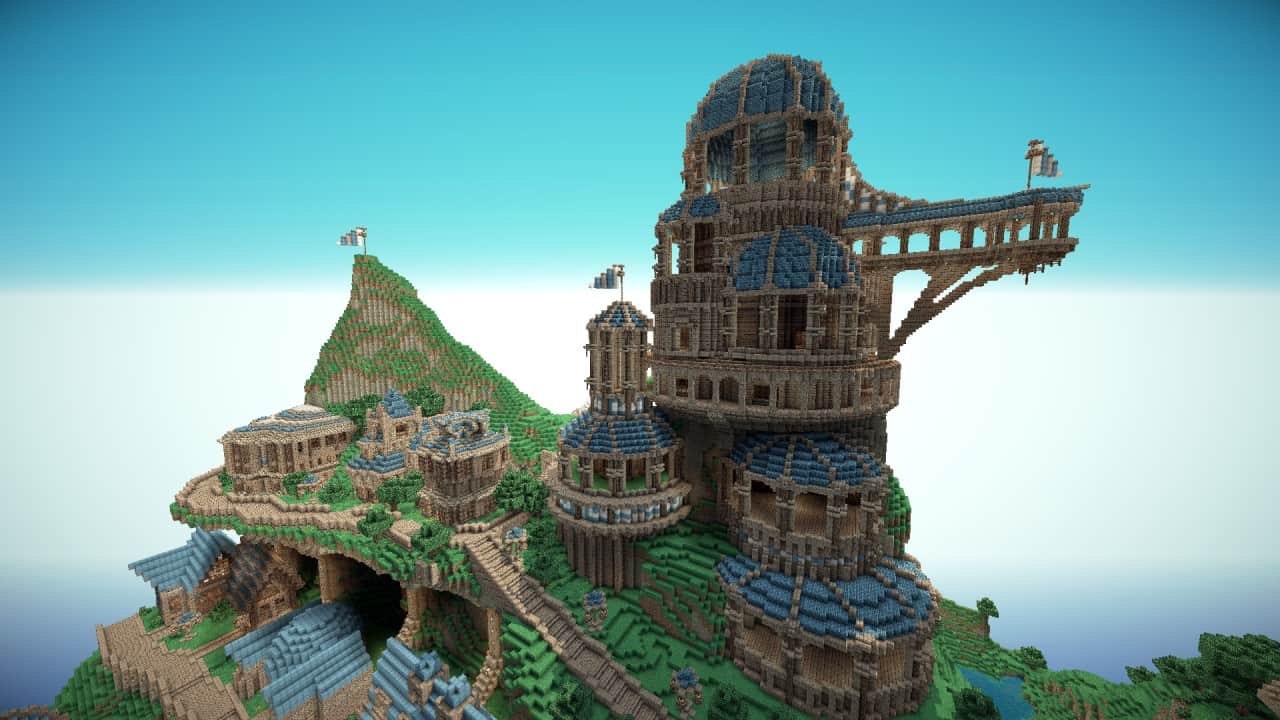 Of course, not all creativity is by building something up. For some, being able to destroy and tear down something is their way of sharing their emotions. Because not everyone is the same, and Minecraft helps them embrace that. For all genders, showing who you are through the blocky character avatars is completely customizable. You can use premade, download a community made one, or make your own.

Playing together with your child is the staple of building a positive gaming habit in an environment that it’s easy to get lost in. The Minecraft universe is a vast one with countless hours and attention put into it that can easily sink someone in that isn’t used to gaming. Of course, many studies believe that a growing dependency on video games is directly related to lack of parent involvement. At a leading school for psychological research, a Brigham Young University study even went so far as to link young adults who played video games an unhealthy amount to poor relationships with family and friends.

This day and age, video games don’t have to be single player. In Minecraft, you can build, create, and explore together tethered together by your Local Area Network (LAN) or create a Minecraft Realm where you can create a small network of friends and family to play together without concern. These Minecraft Realms make it possible to have the multiplayer features and enjoy time together without public knowledge. In fact, the Realm is only visible towards players you have invited to the list, making it a safe and fun spot for friends and family. And if you're feeling adventurous, there are countless of Minecraft public servers available to join via third parties. 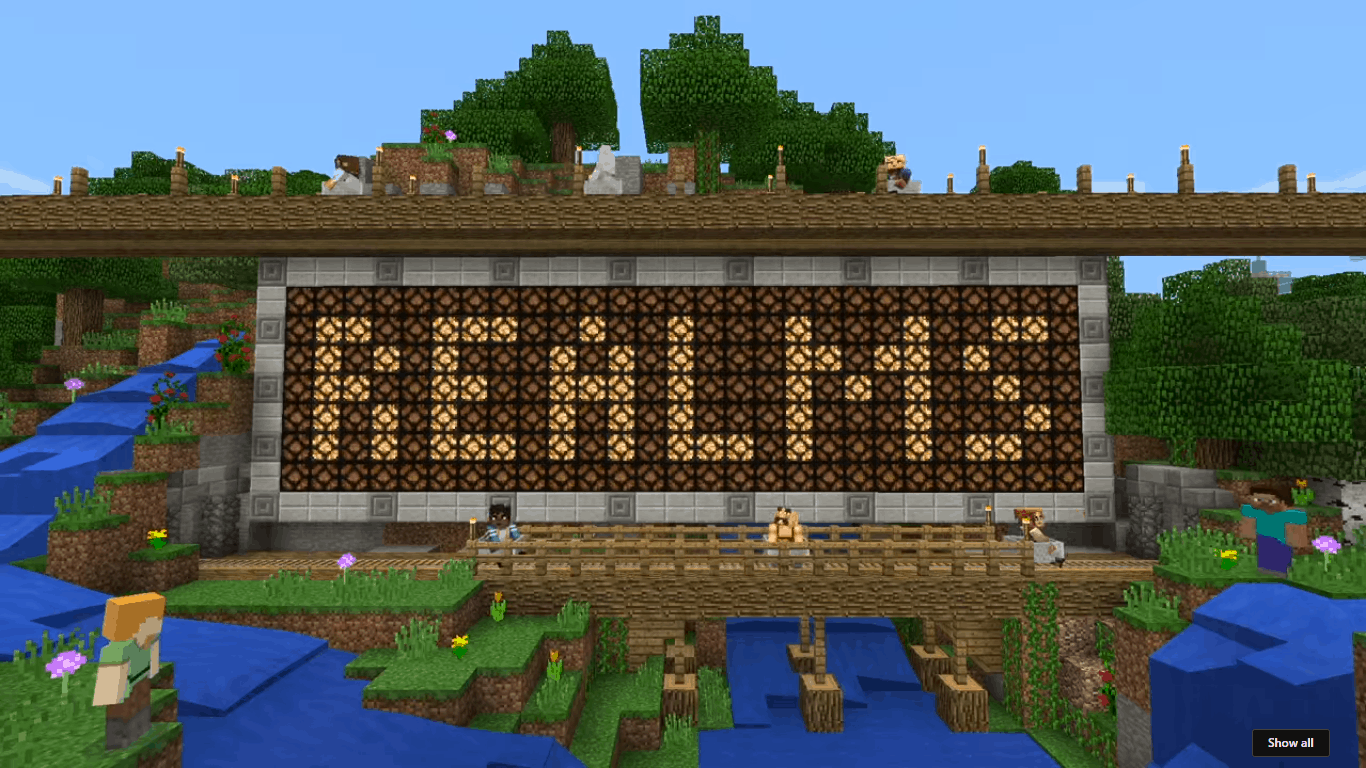 Young minds are like sponges, and while playing video games, they aren’t just having fun but are learning as well. Minecraft has been used for teachers, administrators, and parents worldwide to portray complex lessons such as geometry, history, and problem-solving. Microsoft’s push for Minecraft Education Edition has opened up broad horizons for teacher, parent, and student connections. The C++ version of Minecraft is reserved for students, teachers, and administrators that want to use the game as an education tool.

Teachers are given more control over multiplayer sessions such as the Build Allow and Build Deny commands, mainstreaming the ability to control the environment while offering a unique perspective on lessons. Students can learn with a hands-on experiment about geometry, building to scale, and even bring history to life through a 3D virtual environment. Not to mention team building exercises and creative arts.

Playing Minecraft not only presents lessons in a creative and personal way, but students can also use the source coding to experiment in the vast world of technology at an early age. Encouraging the ability to customize and build from a stable platform will inspire and motivate deeper dives into coding at an early age. The gateway to many game developers, technology experts, and engineers were the first few hours of playing behind the scenes of another game’s code.

Furthermore, these lessons could be accessed across any platform including PC, consoles, and mobile making it the ultimate homework.

There's something to be said for Microsoft's guiding hand to Minecraft's development. Ever since the acquisition, Minecraft has stepped out of its boundaries of Java into the world of mass production across multiple devices. Furthermore, it has made just one leap further into the development of virtual and augmented reality as the flagship of the HoloLens.

We've been hearing for years about how Microsoft's intent to purchase Mojang was largely driven by the development of the HoloLens. Now that patience has paid off where not only is Minecraft often used to demonstrate the capabilities of the augmented reality device, but Pocket Edition has already opened up the public to virtual reality sandbox with the Samsung Gear VR Edition. 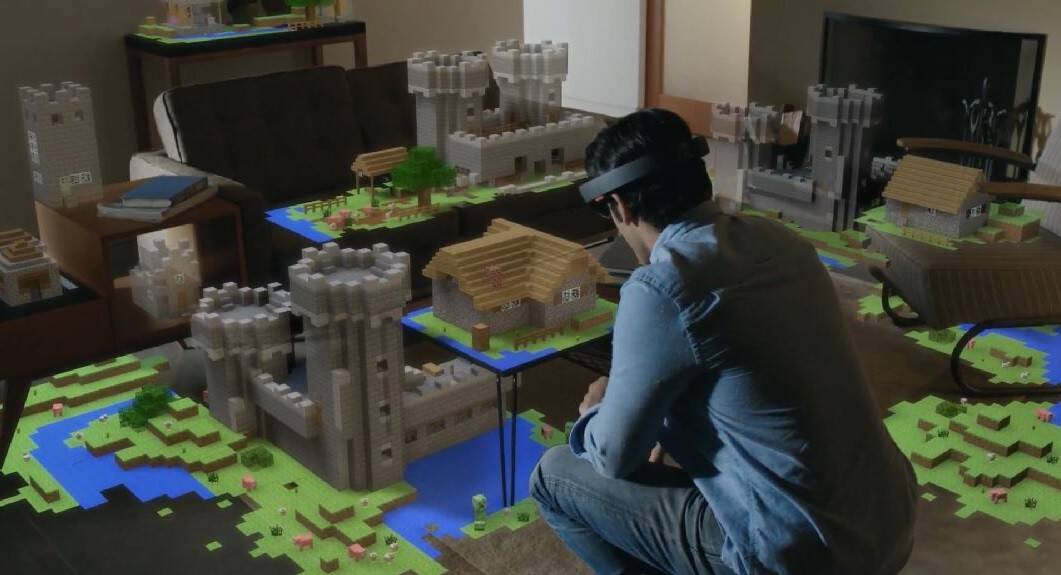 We've already established that not only is Minecraft a video game, but it is also a learning tool, social community, and a gateway to a much more complex world. Virtual reality brings that to life with nearly authentic hands-on experiences where users can step into 3D environments and explore to scale historical monuments, forgotten eras, and cultures, and connect with family through what once started as simply a video game from an inspired indie developer.

Availability Everywhere to Everyone

The Minecraft community is built up of all ages from young to old with all types of occupations. As of June, it had sold over 100 million copies to date across all the globe for PC, consoles, and mobile. That's nearly 53,000 copies sold on average per day, and the community just keeps growing. Even four copies were recorded to be sold to players in Antartica!

Through various sources and forums, the community has built up not only digital worlds, but mods, texture packs, and impressive multiplayer servers with a common goal. Charities like Block by Block have built their initiatives around one guiding principle: to inspire and encourage growth in the real world through Minecraft as an outlet.

All of this came from such a simple sandbox video game made by an indie company.

There are a plethora of ways that you can buy and play Minecraft for  PC, consoles, mobile, and more.  Minecraft can be purchased for as little as $9.99 for the Windows 10 Edition if you act fast, but that's a small price to open up an incredible new world for minds young and older. Xbox One console gamers can share a four player co-op split screen for $19.99 from the Microsoft Store. Otherwise, purchasing the gift is easy through Windows Store and Xbox Live gift cards, or pick up the original Minecraft for Windows pre-paid card at your nearest retailer for $29.95 with a free Windows 10 Edition key included.

If you’re looking for the most bang for your buck, why not try giving Minecraft to your niece, nephew, son, daughter, or to yourself and see what all the buzz is about. Azure Analysis Services comes to North Europe and West US