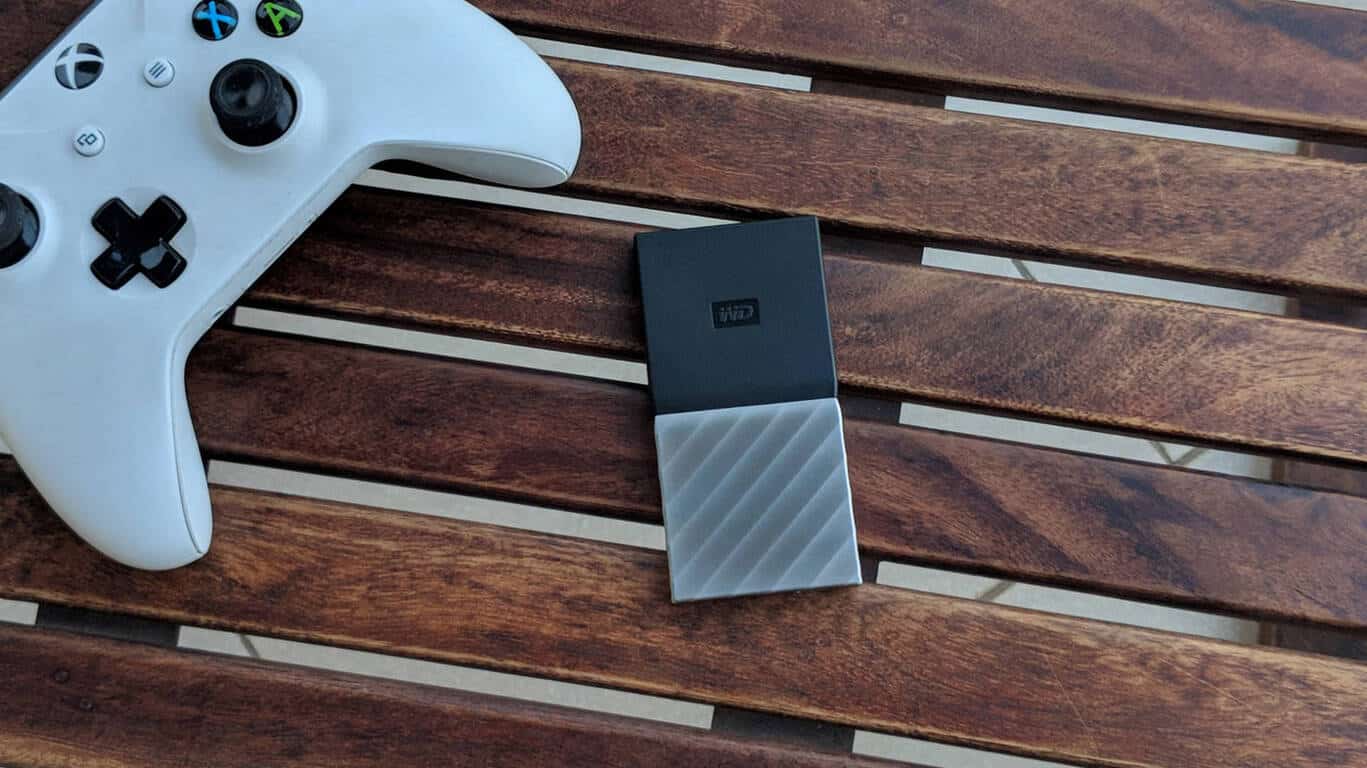 Portable SSDs aren’t too common, but if you value speed and reliability, you should definitely go for one. They’re expensive, yes, and therefore mostly appeal to the geeks and early adopters at the moment.

I had a look a Western Digital’s My Passport SSD, a compact and uniquely designed portable SSD that fits into the palm of your hand, and here’s the complete review of the same.

The WD My Passport SSD has an interesting design approach. It has a dual-tone finish with a plain black plastic half and a gunmetal looking ribbed half. The eclectic design apart, the build quality is pretty good and it feels solid. However, the metal portion picks up smudges all the time and it’s hard to clean them.

At about 3.5 inches long and less than 2 inches wide, the My Passport SSD easily slides into your pocket or any small pocket of your bag. It’s only about 40 grams, you won’t even feel its weight. If you’re used to carrying pen drives around, this one is just a little wider and that’s all.

According to the company, My Passport SSD can survive the shock of a drop from of up to 6.5 feet, but there’s no water or dust resistance, so keep it safe from the elements. That said, there’s a generous three-year limited worldwide warranty.

The drive comes with a USB Type-C (USB 3.1) connector, along with a USB Type C-to-A adapter bundled in eliminating the need to carry any extra cable. The only problem is that the adapter breaks the Type-C standard laid down by the USB Implementers Forum, the industry body that promotes and supports the standard. While the My Passport SSD works perfectly with this arrangement, you’d not be able to use this adapter with other cables for any other USB Type-C devices you have.

Since the SSD is bus-powered, it doesn’t need any power supply and is simply plug-and-play. In an odd omission, the My Passport SSD does not have any LED activity indicator so you’re always guessing whether or not a read/write operation has finished before you can unplug it.

The WD MyPassport SSD comes with pre-loaded software on the drive that you can choose to install or ignore.

WD Drive Utilities lets you check the SSD for errors and format it. WD Security lets you set a password to take advantage of the 256-bit encryption on board. If the My Passport SSD is locked, it will show up on other PCs as a read-only virtual CD with a tiny utility called WD Unlocker where you need to type in your password to unlock the drive.

WD Backup lets you select specific folders on the drive and back them up to your Dropbox account at your preferred syncing schedule. Unfortunately, no other cloud storage services are supported. The WD Discovery app is a dashboard that lets you launch other utilities and check for updates. This one is mostly unnecessary, and its only purpose is to allow WD to push ads for third-party apps and services.

Out of the box, My Passport SSD is set to exFAT file system which ensures compatibility across any latest Windows PC or a Mac. There’s also 256-bit AES hardware encryption on board. I reviewed the 256GB variant, and the formatted capacity was 238GB.

My Passport SSD is described as ‘USB 3.1 Gen 2 ready’ but don’t expect speeds anywhere close to the theoretical 10Gbps. The rated speed is 540MBps anyway, and CrystalDiskMark test achieves up to about 450MBps sequential read and write speeds.

Copying about 30GB of videos from my latest Surface Pro to the SSD took under five minutes and only two minutes from the SSD to the Surface. Moving a cluster of about 10GB data with over 4200 files took five minutes. I’ve seen better speeds with some other SSDs but this is not bad.

The SSD works just fine as an OTG USB drive with an Android smartphone (I tried with a Google Pixel 2 XL and a OnePlus 6). Of course, you’d need to format it from exFAT to NTFC on the PC beforehand.

The WD My Passport SSD has a lot of things going for it, especially its striking chassis, but the real-world usage is only middling. The preloaded software though adds some value.

A portable SSD is a luxurious indulgence at this point of time, but once you get used to the speed of one or if carrying large amounts of data all the time with you is a need, it’s hard to go back.