Throwback Thursday: The last time Microsoft was talked about positively at a major Apple event 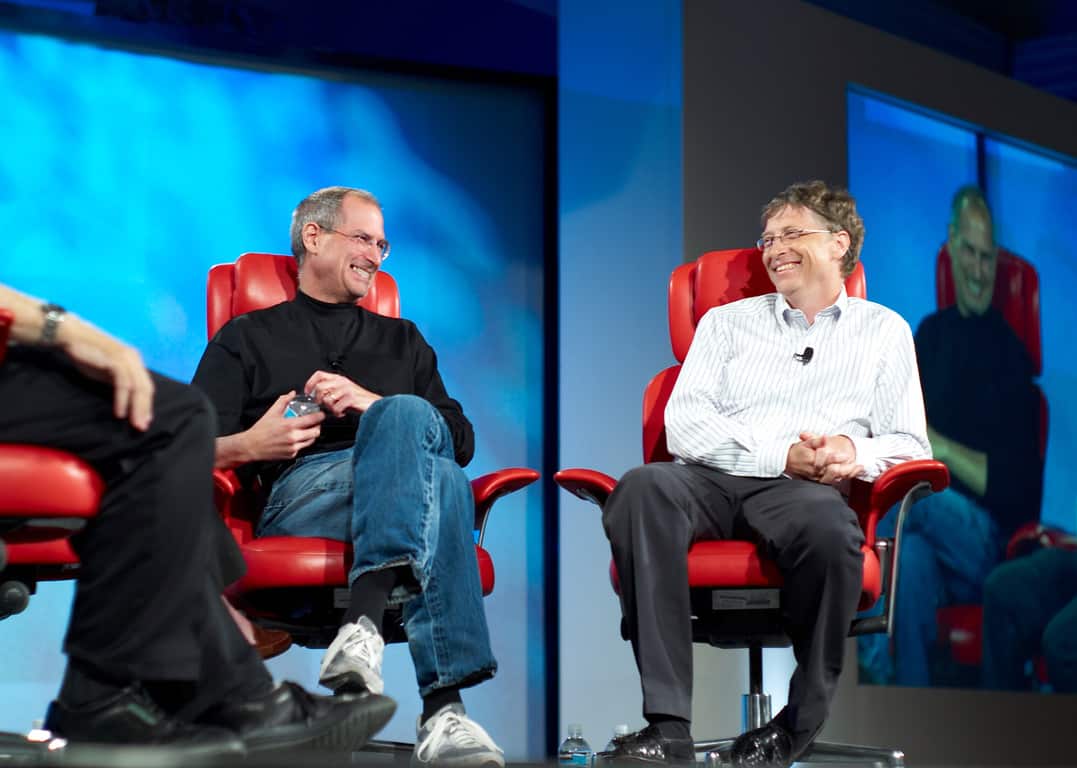 Microsoft and Apple are like Coke and Pepsi, rivals for as long as we can remember. The two tech companies compete with each other across a number of product categories including operating systems, productivity suites, personal computers, smartphones, music services, TV, and more.

During yesterday’s Apple event in which the company announced the iPhone 6S, 6S Plus, and the new iPad Pro, Microsoft took the stage for the first time in a long time. In an era where Apple events were known for the jabs the company took at Microsoft and its products, the relationship between the two companies changed with a snap of a finger. We wondered why Apple decided to break from tradition and allow the event to be livestreamed on Microsoft’s new Edge browser in addition to Safari, I guess now we have our answer. Check out Microsoft’s part of the keynote below.

In the 1990’s, Apple initiated a legal battle against Microsoft over operating system patent disputes. This is also a time when Apple was struggling to reassert itself following executive restructuring and brutal competition from the likes of IBM, Atari and others. Apple’s future looked bleak, it looked nonexistent. Until Microsoft stepped in, that is.

During Apple’s 1997 MacWorld event, Steve Jobs stood in front of a projection with the words ‘Meaningful Partners’. “I’d like to announce one of our first partnerships today, a very, very meaningful one” started Jobs, “…and that is one with Microsoft” he said as the crowd erupted in both boos and applause. Apple defied all odds and negotiated a truce with Microsoft which saw the patent dispute settled, a 5-year commitment from Microsoft to develop Office for Macintosh, Internet Explorer set as the default Macintosh browser, a Java collaboration between the two companies, and Microsoft investing $150 million to buy non-voting Apple shares.

Following that mind-shattering announcement, it was Microsoft’s turn to speak. While then Microsoft CEO Bill Gates wasn’t physically at the event, he spoke to the crowd via satellite. Initially booed, Gates announced that he was pleased with the partnership, and seemed to win the affections of the onlookers after mentioning that both Office and Internet Explorer for Macintosh would not be simple ports of the Windows versions, but have features unique and specially designed for Apple’s operating system. You can check out the full Microsoft segment of Apple’s event in the video below.


Eventually, the partnership ended and the relationship between Apple and Microsoft soured once more. Apple campaigned against Microsoft in every way it knew how; in events, commercials, interviews, you name it. But it seems that relationship is changing once more, and this time, not out of desperation or necessity, but of mutual business understanding.

This change in business dynamic probably started when Satya Nadella took office as Microsoft CEO and changed the company’s business model to one that focused on the growth and expansion of its services. As a result, Office was made available on the iPad. Is the iPad Pro a direct result of that decision? I wouldn’t go that far, but there’s no denying that having the most popular (by far) productivity suite available for iOS is a huge selling point for both companies when it comes to business, just as it was back in 1997.

It’s a breath of fresh air to see the two rivals back on good terms again. Competition is good of course, especially when it results in products and services that are beneficial to customers. We’d love to hear your thoughts on the renewed relationship between Apple and Microsoft, sound off in the comments section below!