Microsoft has some exciting new Xbox consoles coming, and is rumored to release a low-cost, no disc Xbox One in Spring 2019, along with two other Xbox consoles, Anaconda and Lockhart coming in 2020. To go along with all that new hardware, 2019 promises a number of new Xbox game titles slated to be released on Xbox One and Windows 10.  Microsoft Studios will be launching the most anticipated titles, including Crackdown 3, Ori and the Will of the Wisps, and Gears of War 5. The aforementioned games will all be available on their global release date for Xbox Game Pass subscribers at launch.

Here's a quick look at our top eight games coming to Xbox One and Windows 10 in 2019:

Anthem is an online, "shared-world action-RPG," meaning, you have to have an internet connection to play the game. Not being able to play the game offline feels like it's a bit of a downside. In Anthem, you can play as a character from four Javelin classes; Ranger, Colossus, Interceptor, and Storm, and each class has its own distinct abilities and weapons that are available to upgrade. Anthem has suffered multiple delays, originally announced at E3 2017, Anthem was planned for a 2018 release, only to be pushed back again to its current February 22, 2019 release date.

EA Access and Origin Access subscribers will get access to the Anthem VIP demo on January 25-27, 2019. If you choose to pre-order the game, you can also get access to the demo. I would err on the side of caution for Anthem and not pre-order this game because of the multiple delays. Anthem has a lot to prove before anyone can make a solid recommendation on buying this game.

The Outer Worlds looks like an epic game. It is created by Obsidian, the team responsible for creating Fallout and Fallout: New Vegas. The Outer Worlds was announced at the Game Awards 2018 and it will fill the gap for anyone who has purchased Fallout 76, which has turned out to be a bit of a disaster for Bethesda. The Outer Worlds definitely has upside potential. There will be no loot boxes or micro-transactions in the game which is a relief. The more details that are revealed about The Outer Worlds the more intriguing the game becomes. Hopefully, The Outer Worlds lives up to the hype. 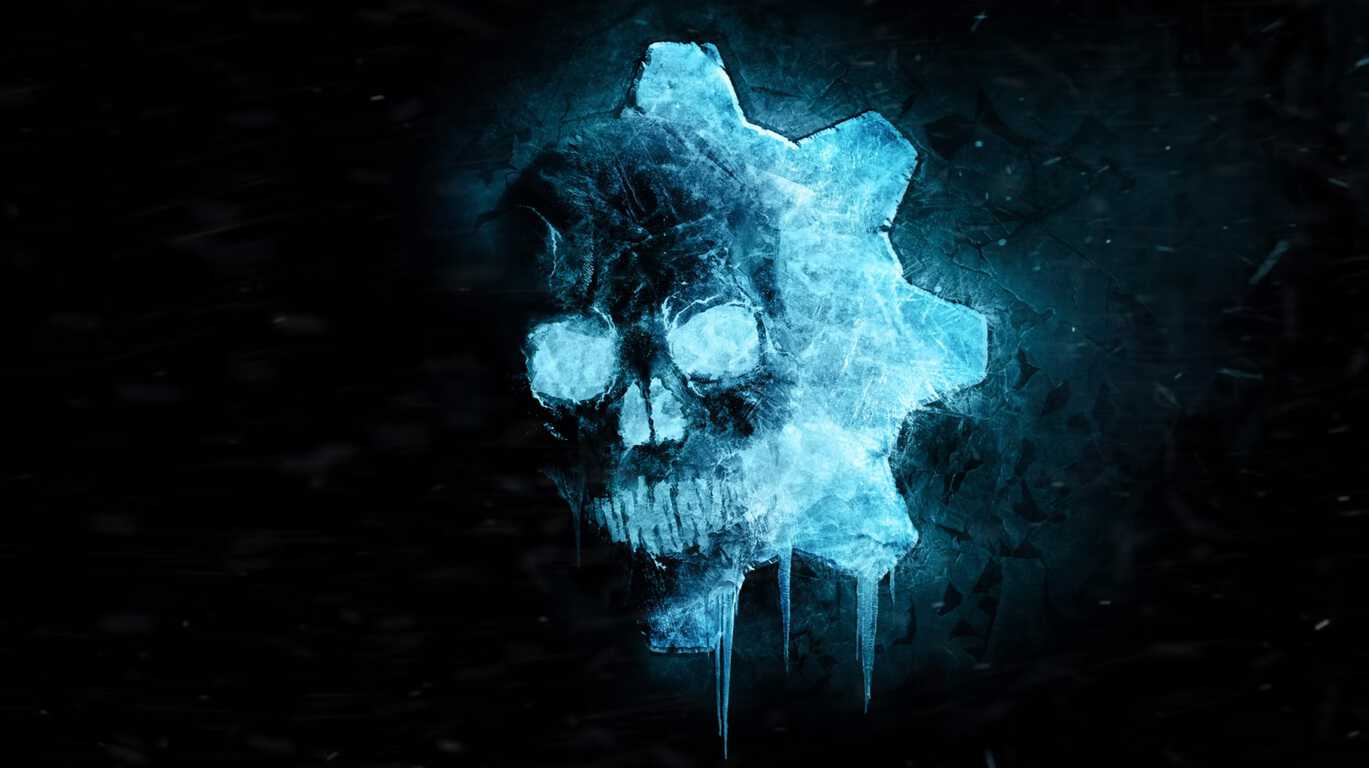 Carrying on the action and combat of Gears of War 4, Gears of War 5 (Gears 5), will continue where the story left off.  Playing as Kait, you will trek across the biggest and most ambitious Gears world yet. Gears 5 will allow you to play the game by yourself or co-op with friends in split-screen or online co-op. Gears 5 will be able to deliver all the action in 4K Ultra HD resolution with stunning HDR at a smooth 60 fps on Xbox One S and Xbox One X. Gears 5 is coming to Xbox One and Windows 10, and will be available to Xbox Game Pass members at launch. 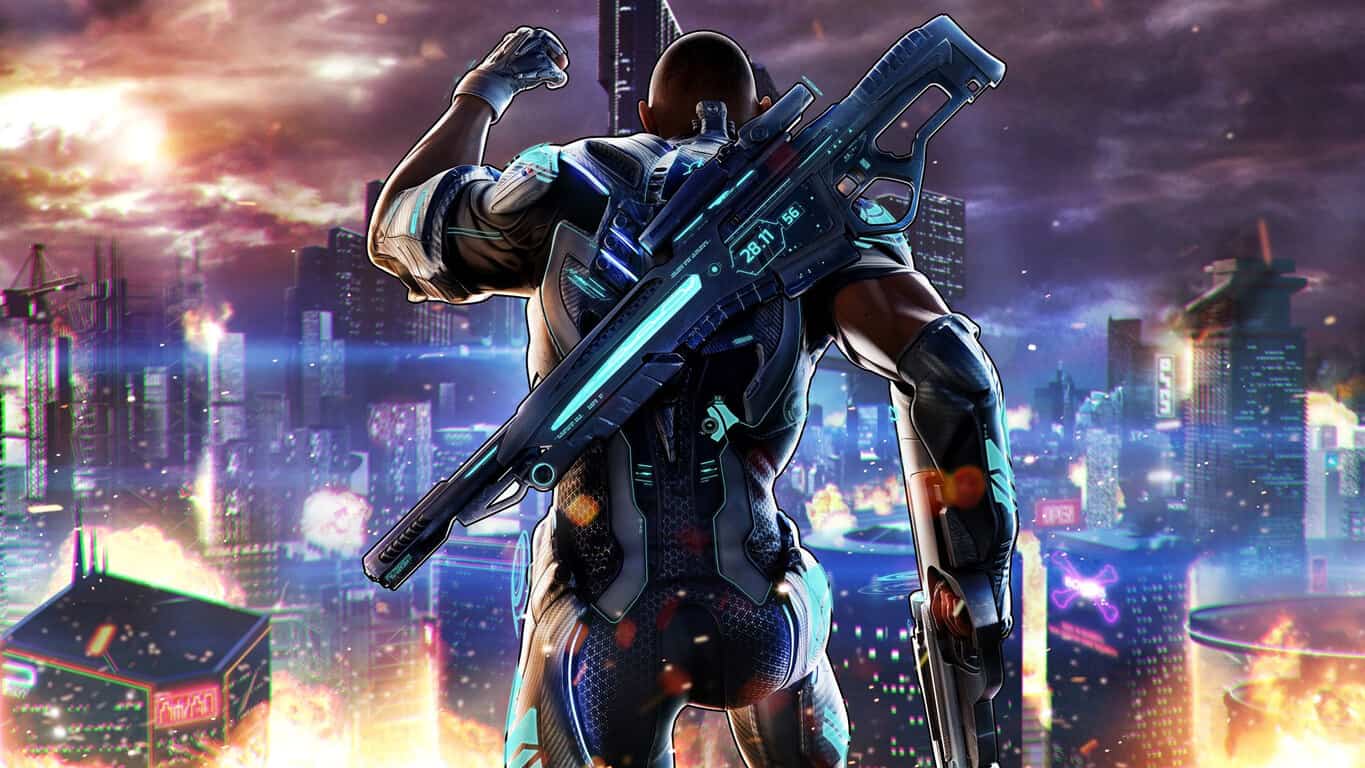 ORI AND THE WILL OF THE WISPS (XBOX GAME PASS) 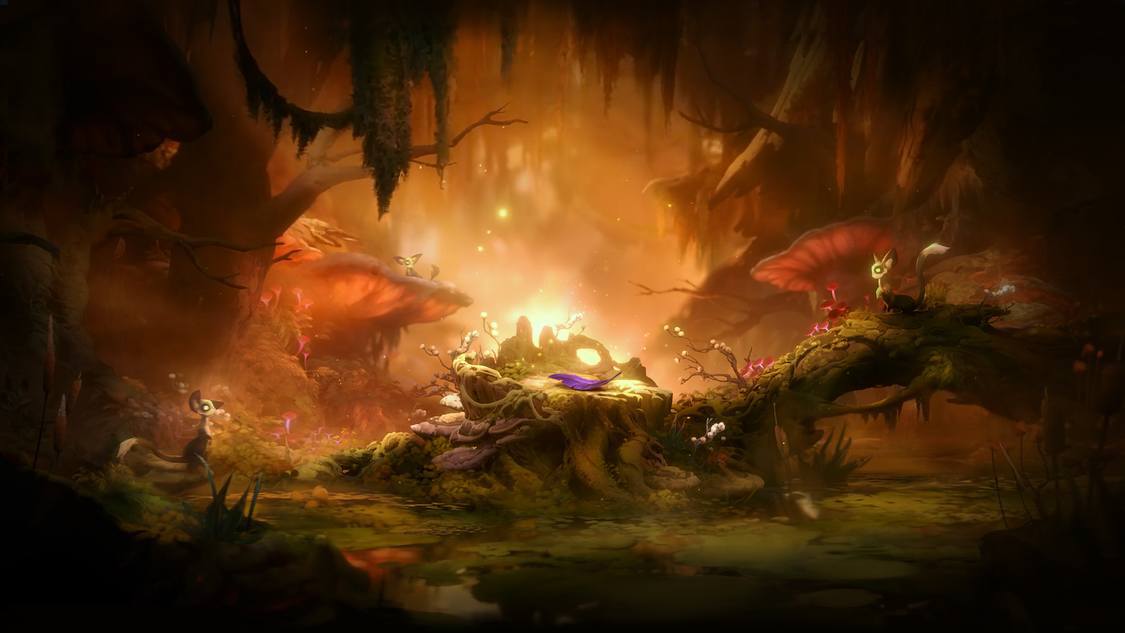 Ori and The Will of the Wisps is the sequel to Ori and the Blind Forest, which was the winner of over 50 game awards and nominations. Embark on an adventure with all-new combat and customization options while exploring a vast and exotic world, encountering larger-than-life enemies and challenging puzzles on your path to unravel Ori’s true destiny. Ori and the Will of the Wisps will be launching exclusively on Xbox One and Windows 10 PCs in 2019 and is available at launch for Xbox Game Pass members.

Far Cry New Dawn takes you to a post-apocalyptic Hope County, Montana, 17 years after a global nuclear catastrophic event at the end of Far Cry 5. It appears that Far Cry is channeling its own version of the Fallout series. In Far Cry New Dawn, you lead the fight against a dangerous new threat. This time around, you are fighting against the Highwaymen, lead by their deranged leaders, The Twins, as they attempt to take control of everything, by any and all means necessary. From the looks of the game trailer, Far Cry New Dawn will be a lot of fun. Far Cry New Dawn will release on February 15, 2019 on Xbox One, Windows 10, and PS4. 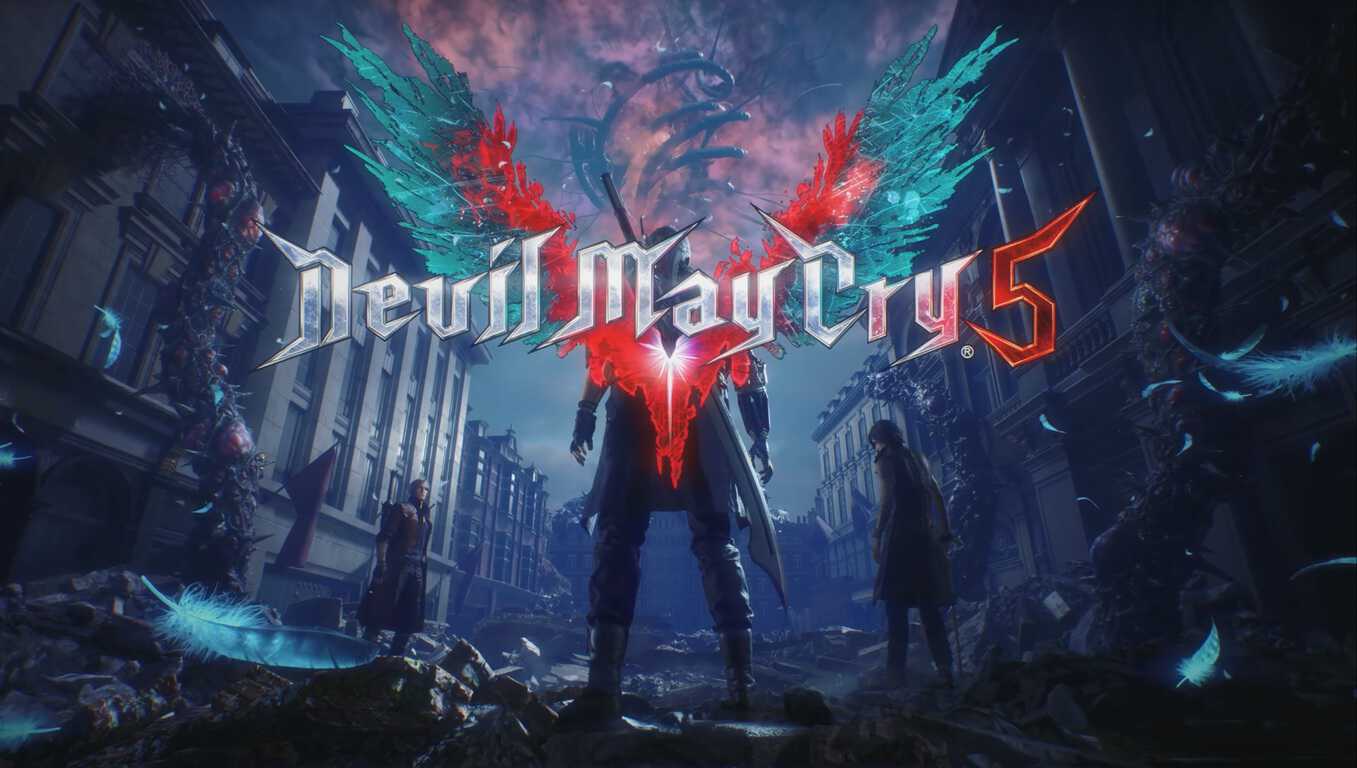 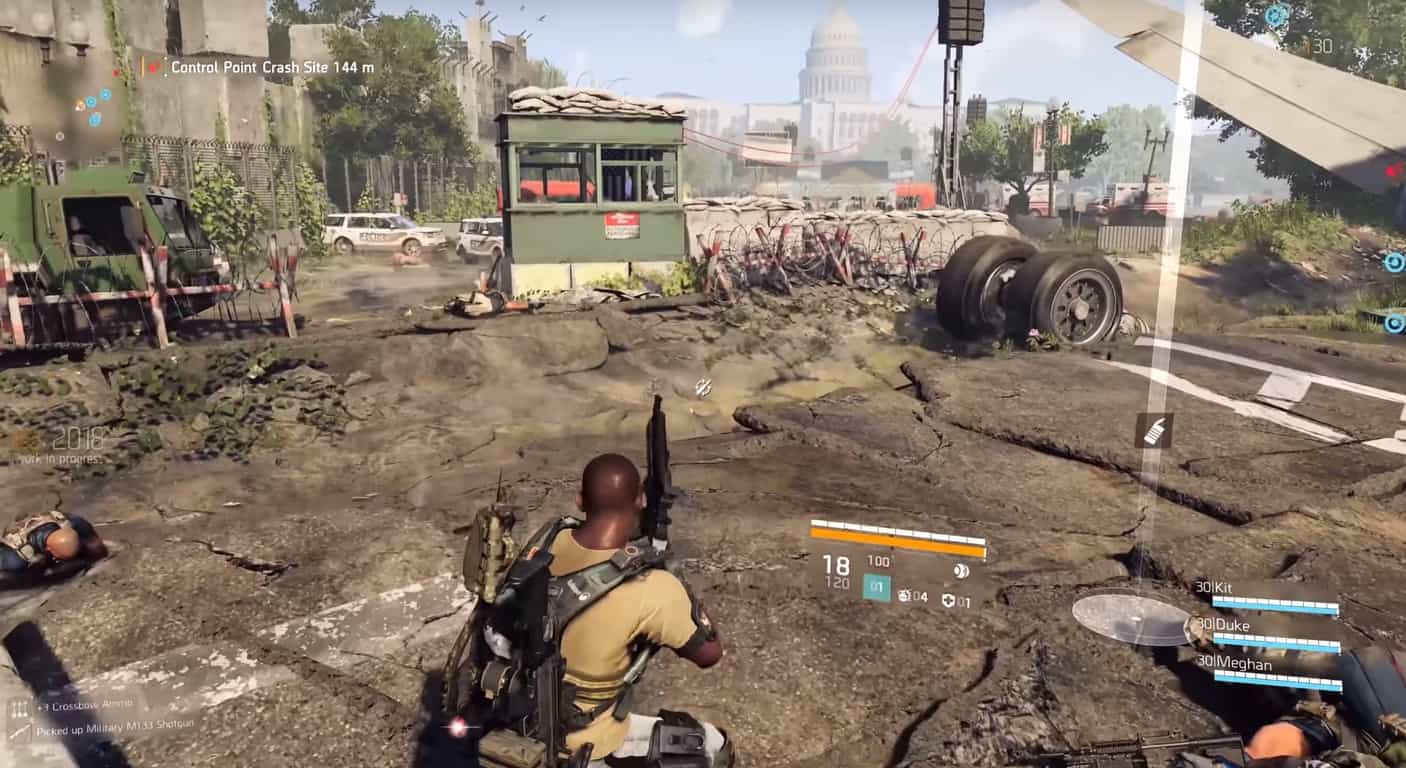 It will be interesting to see if The Division 2 can continue on the success of what made The Division such a great game.

Besides these big name game titles, there are other games being released, along with games that are getting DLC content updates coming out in 2019 as well. Minecraft and Sea of Thieves are getting new DLC updates, and other lesser known games are getting another installment in the game series. It should be noted that Microsoft recently bought most of the studios that are making these games. Although, this is not exactly big news, as Microsoft announced that they bought these game studios at E3 2018.

Here's a look at other game releases coming in 2019:

What game are you looking forward to playing on Xbox One and Windows 10 in 2019? Let us know in the comments!

OneDrive web app will soon be getting a Fluent Design refresh

Microsoft is constructing a 5 building technology center in Arizona