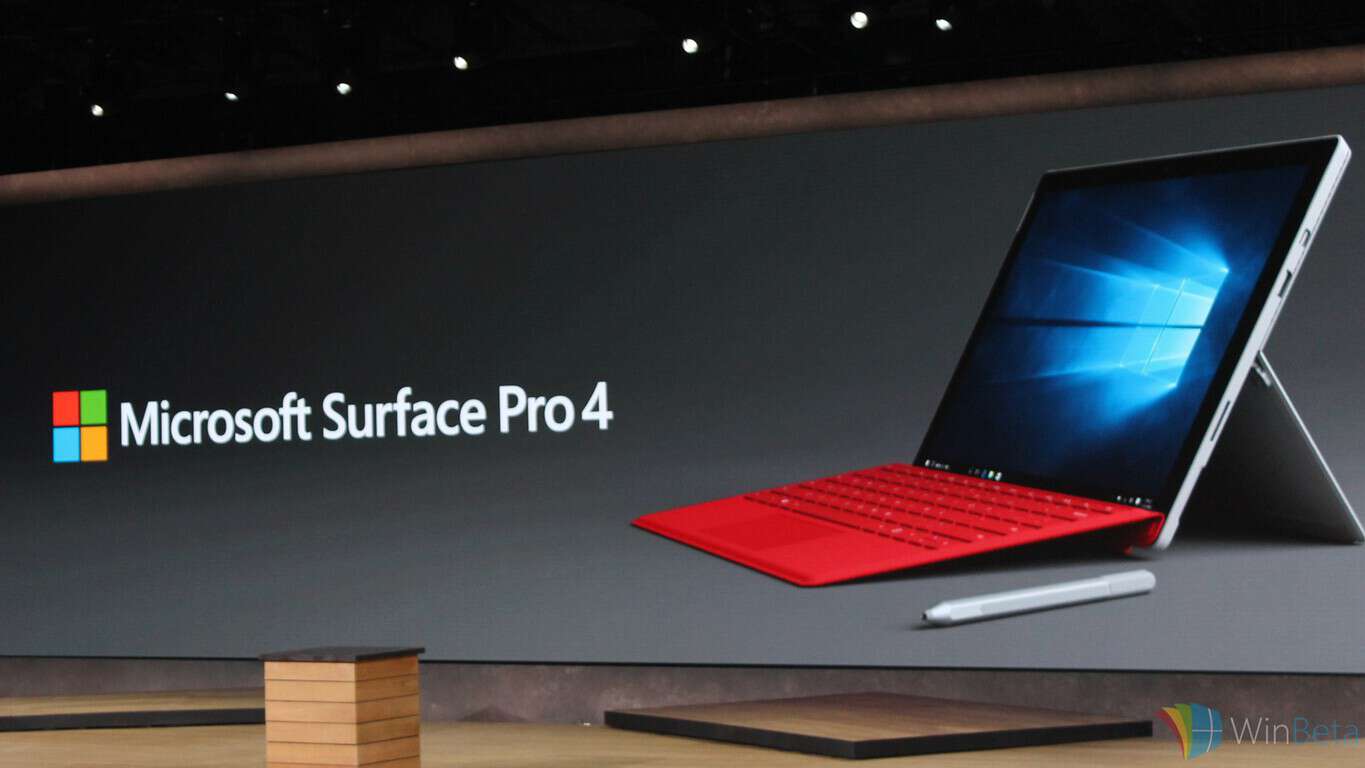 Earlier this month, Microsoft unveiled a number of Windows 10 products, including the highly-anticipated Surface Pro 4, 3 new Lumias and the powerful Surface Book. As for the Surface Pro 4, the company has made significant changes when it comes to internals, while the external appearance of the device is quite similar to its predecessor.

It's not just these two, the big tablet market has grown ever since the inception of the Surface line up. Last month, Apple also introduced the gigantic iPad Pro which will be available for sale in the coming weeks. If you're confused on which one to get, here's a detailed specifications comparison to help you make up your mind if you should get the iPad Pro or the Surface Pro 4. Or, if you should upgrade from the Surface Pro 3 to the new Surface Pro 4.

Surface Pro 3 and Surface Pro 4 aren't too different in terms of looks, but both of these tablets are thicker than the iPad Pro, and slightly heavier as well. But, if you ask me, the Surface Pro 4 is a full-fledged laptop combined with the Type cover, where users have the ability to install various software and applications to get their daily tasks done. With the iPad, you have the App Store, but I don't think it's good enough to compare its apps with the full-fledged Windows applications like Photoshop.

The new Surface Pro 4 also offers users with a wide range of storage options, starting from 128GB and goes as much as 1TB. As for the iPad Pro, it's powered by an A9X 64-bit processor paired with 4GB of RAM with a two storage options: 32GB and 128GB. The Surface Pro 3 came with up to 512GB so the new version has more configuration options to choose from.

For photographic capabilities, the Surface Pro 4 and iPad Pro boasts an 8MP sensor while the Surface Pro 3 shipped with a 5MP front and back unit. As I've said before, the Surface Pro 4 is a full-fledged laptop, and features a variety of connectivity options and ports, including a USB 3.0 port, a card reader, Surface Connect, mini display port and a headset jack. You won't find that many in the iPad Pro except the lightning port for charging as well as an optional SIM card slot for the LTE version.

Both devices come with a detachable 2-in-1 keyboard, which is available at an extra cost, as well as stylus support. Apple calls its stylus the Apple Pencil. We're all familiar with the Surface Pen, especially those who are the proud owners of the Surface Pro 3, but the pen for the Surface Pro 4 has been significantly upgraded.

The most differentiating factor between the Surface Pro 4 and the iPad Pro is the operating system. The Surface Pro 4 comes with a full version of Windows 10 Pro, which has its own set of benefits, while the iPad Pro ships with iOS 9 -- this means you'll have to rely on the apps available in the iOS store for work. As for the Surface Pro 3, it shipped with Windows 8.1, but Microsoft is offering to upgrade it, like most Windows 7 or 8.x devices, to Windows 10 for free.

That leaves the most important factors, pricing and availability. The Surface Pro 4 starts at $899 and will hit retail shelves by the end of this month. On the other hand, the iPad Pro starts at $799 with availability expected to commence in November. Some models of the Surface Pro 4 are already up for pre-orders, but as we heard lately, Microsoft is sold out for some of the models of the upcoming hybrid. As for Surface Pro 3, it has received a price cut and is available for purchase.

The Type covers for the Surface Pro 4 also received some improvements over the ones introduced with the Surface Pro 3. Last year's Type covers weren't bad actually but there were a few flaws, especially the small track pad. The touch pad on the new Type cover is 40 percent bigger than its predecessor, and the keys are spaced out so it gives you a feeling of using a laptop. Similar to its predecessor, the new Type covers are sold separately, and there are actually two versions of it: one with a fingerprint reader and the other one is without. The non-fingerprint version retails for $130, and the other one will cost slightly higher, that is, $160. There's a keyboard accessory for the iPad Pro as well, dubbed as Smart Keyboard, which costs $169, and will be available with the launch of the iPad Pro next month. There's no trackpad on it, but its angle can be adjusted as needed.

I hope this will make things easier for you, especially if you're planning to upgrade from the Surface Pro 3 to the new Surface Pro 4. If you still have issues, the demo units of the Surface Pro 4 are already up at Microsoft stores in the US -- you can check them out to help you make up your mind. In the meantime, you can check out the detailed hands-on review from my colleague Oliver, who paid a visit to a Microsoft store and got a chance to play around with the Surface Pro 4. Give it a read and I'm sure it will definitely help you get rid of any confusions you may have regarding the device.

Microsoft's Easy Trade up offers $200 for your old PC laptop, or up to $300 for Macbook