Today marks Surface Duo Launch day, and after tech reviewers had the last two weeks to spend time with the Duo (under an embargo) the final reviews are finally out. The reviews cover a wide spectrum, which is a lot of good about the hardware and a lot of bad about the software (which has been updated twice so far, by the way.)

From Windows Central, ZDNet, Wired, and more, we’ve gathered up a look at some of these reviews thus far. We also remind you that we will be doing our own review soon, too, to help you with your buying decision. In the meantime, check out this roundup, and our hands-on from Best Buy, too.

Windows Central: 3/5: A dual-screen phone of tomorrow, that’s not quite ready today

First on our list is a review from our friends at Windows Central. This well-trusted publication amongst many Microsoft fans gave the Duo a score of 3/5. For Daniel Rubino, some pros of the Duo were the overall design, and the hinge, as well as the battery life and the dual-screens increasing productivity. The cons, meanwhile, included the OS being buggy, RAM, and CPU slowing down the experience, the device being expensive. There’s also the lack of Qi charging, additional cameras, and water resistance.

In a one-sentence summary, Daniel proclaims that “Can dual-screens be better than one? The answer is yes, but Microsoft has some work to do before Surface Duo is ready for the masses.” There you have it, you be the judge.

Petri.com: The Pursuit of Productivity

Next up is a review from Brad Sams, another trusted source with Microsoft reviews. In his review, Sams finds that the Duo is the “best ‘productivity pocketable’ available today but it is far from the best smartphone for the money.” Sams also mentions the excellent feeling hardware, the bright screens, and the tactile feeling of the buttons.

When it comes to the camera, meanwhile, Sams finds that the “experience falls short of other premium smartphones.” Other highlights of the review include a look at how productivity works on the device, as well as the learning curve that comes with it. “The Duo, for the right type of productivity user, is the best device available today but it is not for everyone: it is not a mass-market device and it is not perfect,” summarizes Sams’ review in one sentence.

Sams talks a lot about the productivity aspect of the Duo, so if you’re into that, we suggest you give his review a read.

Third, on our list is a review from The Verge’s Dieter Bohn. This reviewer finds that the Duo has all the right ideas, but is spoiled by buggy software and a bad camera. Some of the good stuff for him includes using two apps at once, the thin and beautiful hardware, as well as the good battery life. The bad stuff, meanwhile, include the “terrible” camera, the software being buggy, and the price.

The Verge’s review really dives a bit deeper into the troubles with the software, and if this is a concern for you, we suggest giving it a read. Microsoft pushed out a firmware update, but the Duo is still buggy for now, and that “it’s worth waiting to see what more people say about their Surface Duo experience over time before considering buying one.”

ZDNet: I am not so sure the Duo scratches any itch for me 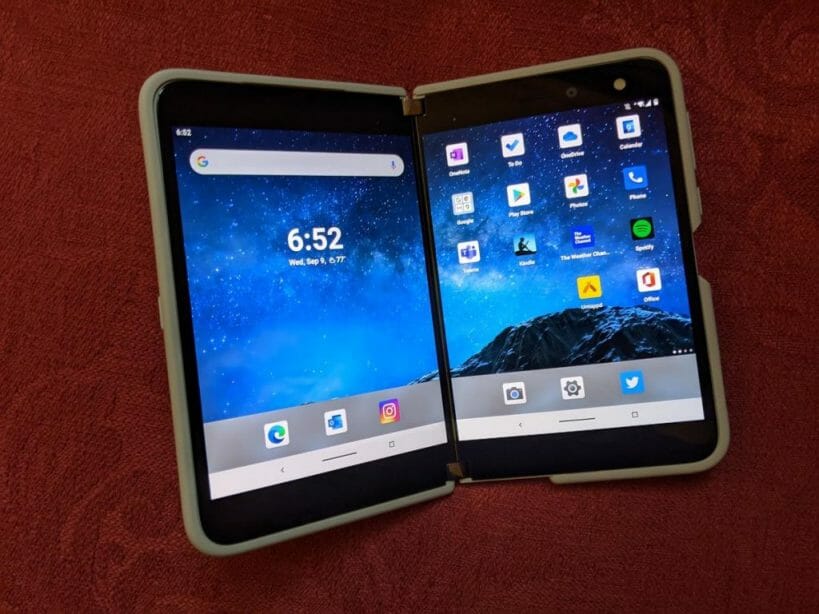 Moving along is a “non-reviewers review” of the Surface Duo from veteran Microsoft reporter, Mary Jo Foley. In this review, Foley discusses how the Duo is an “interesting concept, but it definitely feels like a “Generation 1 solution that’s in search of a problem more than a solution to a problem I have with mobile devices.”

Her review is one that’s simple, and straight to the point. So, if you’re not interested in the technical things and just want to see how someone uses the Duo, give Foley’s a read.

Anyway, like everyone else, Foley is impressed with the overall hardware, as well as the battery life. She also mentions how the Duo is a “big and somewhat unwieldy phone” for phone calls. As for camera quality, she says it “is OK but it is not amazing.” Other points of the review mention the perplexing gestures, too.

At the end of the day, Foley did find one thing. She says that though the Duo can replace her Pixel 3XL, she still found herself reaching for her single-screen pixel when she was in a rush to get things done. She also finds it can replace her Kindle, but not her Surface Laptop 3.

“I don’t open multiple browser tabs on my phone. I don’t use two side-by-side monitors in my PC setup, which may be a reason I don’t feel a need for two separate screens on a mobile device,” said Foley.

Wired: 4/10 “A future for mobile technology that is both exciting and disappointing” 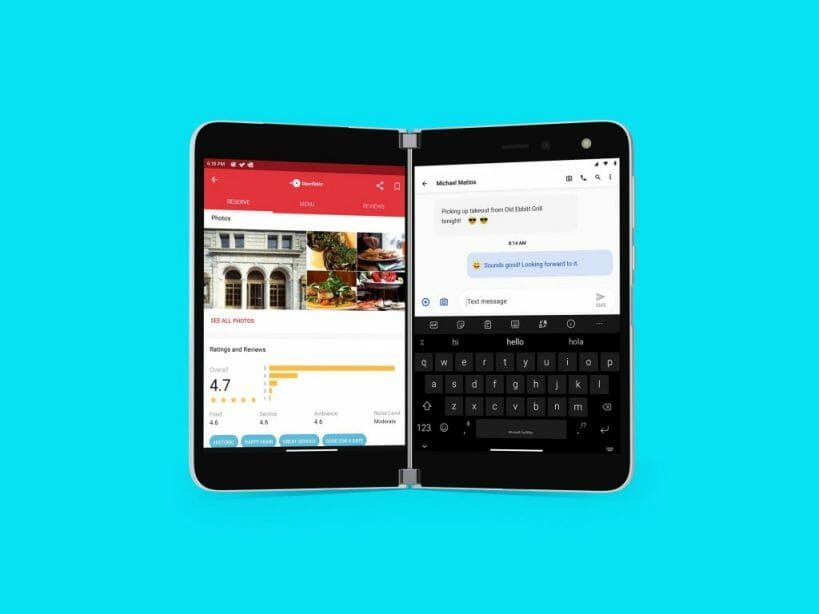 A final review for our list comes from Julian Chokkattu, a senior associate editor at WIRED. This review is definitely one of the most critical, as it explains a lot of the personal issues that were faced due to the buggy software. For Julian, the two screens on the Duo are the future. He gets into how the screens are bright, the battery life is good, and how Microsoft’s user interface is likable.

Then, there are the lows. Like everyone else, it includes the stuttery performance, typing being hard, the camera being bad, and apps not being optimized. “What drains the Duo of its mobile multitasking charm is glitchy software that makes this $1,400 phone feel like a work in progress,” said Julian.

Of course, we can’t possibly cover all the Surface Duo reviews in one post, but we do want to end by highlighting some other perspectives. In his review, popular YouTuber Mr. Mobile finds that the Duo is “Double Trouble” He proclaims that “Those considering investing $1399 in one of these wafer-thin experimental gadgets should do so only if they’re the most devoted of Microsoft fans.”

Finally, there’s everyone’s favorite tech YouTuber, MKBHD. He says that most people should not buy the Duo and that there is a lot of “Good” “Meh” and “Ugly” with it. All of his gripes also come with it being a first-gen device, it seems.

What do you think of these reviews? Do you think it’ll hold you back from buying one? Let us know in the comments below, and remember to drop us anything you want us to discuss or talk about in our next podcast, too!