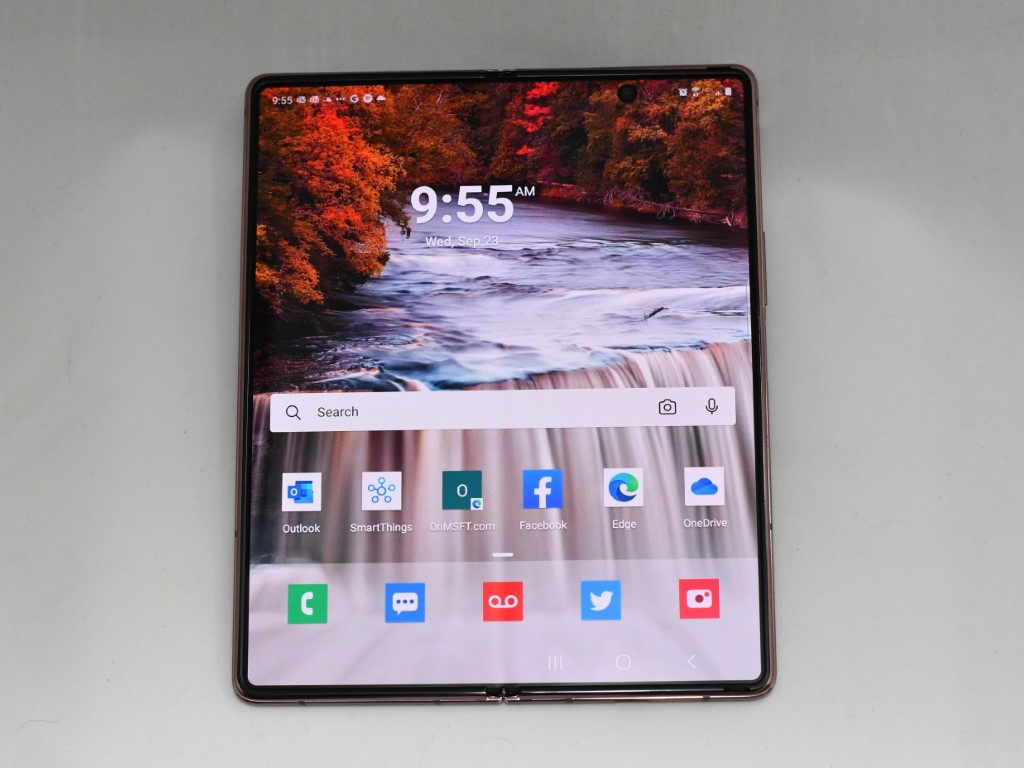 OK, I don't need a new phone. I don't even need all the capabilities of the phone I've been using, a used Apple iPhone 7+. But like many of you, I like toys, especially technology toys, and when I saw the "Samsung Galaxy Z Fold 2 5G" announced back in August, I was very intrigued. With Samsung's recently expanded partnership with Microsoft, and the promise of features like Link To Windows and the Microsoft Launcher (unavailable for iPhone), and also as my colleague Arif Bacchus has been equally stricken with the Surface Duo, I decided to bite the bullet and order a Z Fold 2 for myself from Verizon. I'll be having more to say about Samsung and Microsoft, the Z Fold 2, and even a bit on Apple vs. Android and Z Fold 2 vs Duo in the coming weeks, but for now, let's start with some first impressions.

Yep, it came in a box. Why anyone gets excited about unboxing videos is beyond me, and I didn't make one. I did snap a few pictures, though, just for fun. Aside from printed cardboard, the Z Fold 2 comes with... a charger. Woohoo! 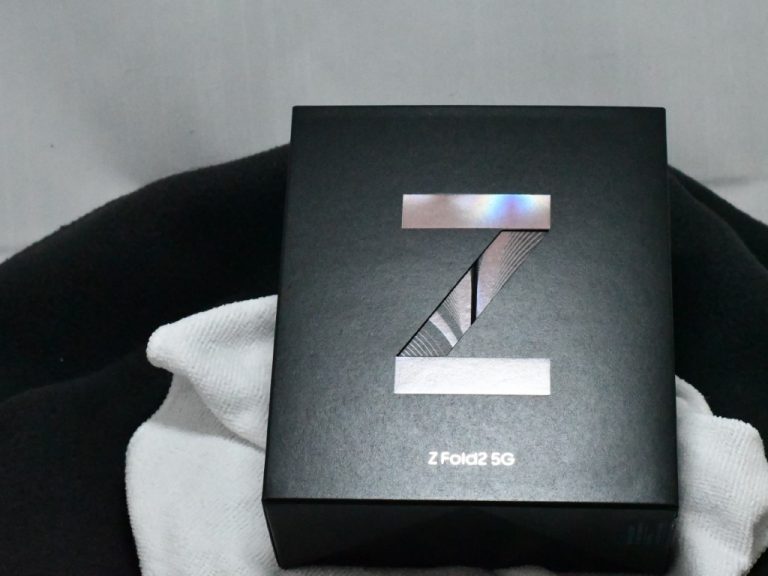 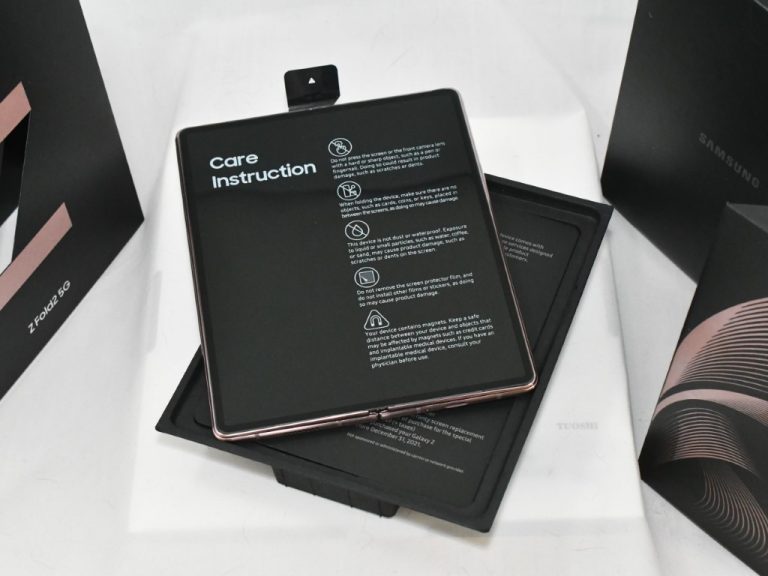 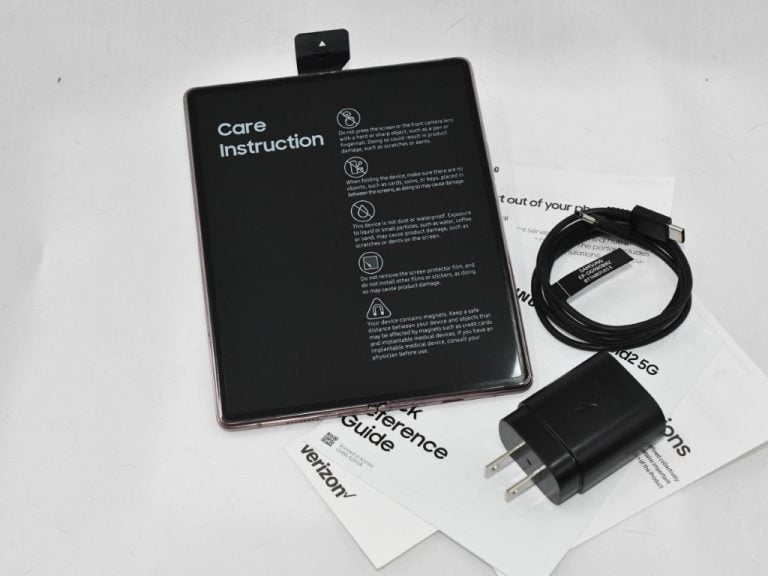 A note on my backwater life:

First off, a number of issues we'll come to all boil down to my moving to rural NE Washington (I'm 12 miles from Canada to the north and 12 miles from Idaho to the east). I love it here for every reason except one, broadband internet. The closest thing to "high speed internet" I can get is via an AT&T MiFi, which gives me ~20mbps/10mbps and unlimited bandwidth (only unlimited because AT&T doesn't actually throttle speeds after 22gb, unlike Verizon or T-Mobile).  My latest incarnation works (and I've tried just about everything), but I live in a world far away from fiber optic or cable or 5G. My connection is from a WiFi router to an AT&T cell connection, and it is what it is.

One other note: I'm not a phone reviewer, and I don't change phones every week or every month. I bought my Lumia 950XL the day it came out in November 2015, and since then I've had a Samsung S8+ and an iPhone 6s (used) and an iPhone 7+ (also used). I plan on keeping this Z Fold 2 for years (at $2,000, I'd better!). Some of my setup issues would have been easier if I did it all the time, but most of you probably don't switch phones every week either. I won't be spouting off a bunch of specs; I'm a phone user, not a phone reviewing professional. Just one of the people, here :).

After my last Windows Phone, a Lumia 950XL, I bought a Samsung S8+, which I liked, but due to some of those broadband internet sharing and cap issues, I switched to an iPhone. Now I'm back on Samsung and Android. The trick to moving from one to the other has mainly to do with saving your messages. The iPhone uses iMessage, a thinly disguised attempt to lock you into the Apple platform. Still, Samsung has "Smart Switch," and once you turn off iMessage, and then back up your iPhone to iTunes (iCloud backs up iMessages, but not SMS messages, but iTunes does, apparently), the process is fairly seamless. Well, seamless after jumping through a bunch of hoops that is.

One big disappointment was with LastPass. After years of managing passwords with an Excel spreadsheet, post it notes, and a healthy does of "oh, I'll remember that" (you know how that ends), I made the switch to the LastPass password manager. It hasn't been a perfect experience, more of an incremental step in the right direction than a complete solution, but I've been sticking with it.

With the iPhone, I downloaded the app, logged in with my LastPass master password, and was using the service right off. Apparently, however, Android has developed an AutoFill platform, and you not only need to install LastPass, but dig into the depths of Android's settings and allow LastPass to work with AutoFill, and to enable "Draw over other apps," an obscure setting deep down in System Settings>Apps>LastPass>Advanced. Since I didn't know that (and there was no warning when installing LastPass that there were multiple other steps still to go), I lost out on the convenience of LastPass when doing that most intensive of all password enabling endeavors, setting up a new phone. Finally, a couple days in, I buckled down and learned how to set up LastPass, but by then it was too late. Lesson learned, and now everything is working, but a painful experience when LastPass was supposed to make things easier.

Some first first impressions of the Z Fold 2: 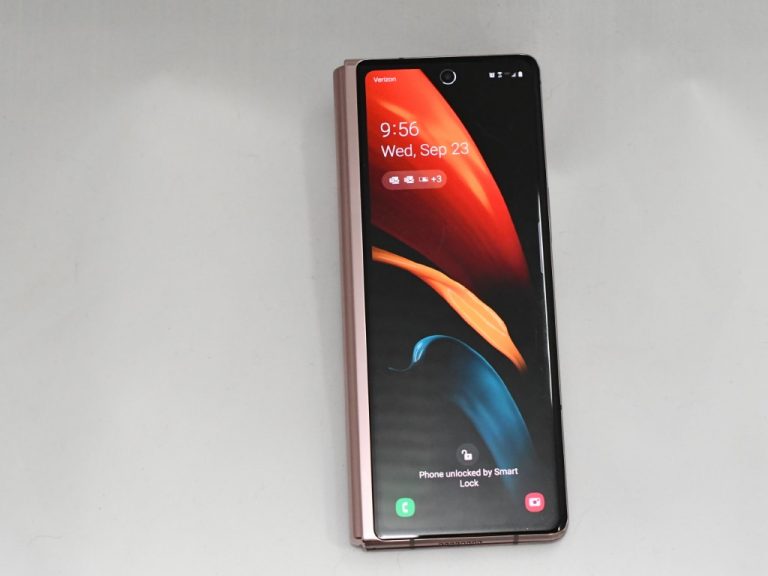 Microsoft Launcher and the future of the Microsoft Phone

Although it's not a seamless setup, either, the Z Fold 2, along with most Android devices, can become a powerful Microsoft machine. The apps, from Microsoft Launcher to Outlook to Edge to Office, are great, and together, they make you *almost* forget about the death of Windows Phone. While I haven't had a chance to play with it yet except to get it running, the Link To Windows feature is largely a gimmick at this point, but it's early in what could be a major opportunity to, well, link the desktop to the phone in ways that just haven't been possible before.

Another impression coming from the iPhone: while Apple is famous for doing everything they can to lock you into their ecosystem (and lock other ecosystems out), the pendulum swings all the way over with Android and the Z Fold 2. Instead of being pushed to iCloud, this phone has cloud services baked in from Google, from Samsung, from Verizon, and from Microsoft (I bought the phone from my carrier, Verizon, instead of from Samsung directly. The Microsoft Store doesn't yet have the Z Fold 2). You can't delete these cloud service apps, although you can do an ok good job of hiding them. Samsung's Bixby is still around, inexplicably, but you can easily remap the power button to power off with a long press instead of open Bixby (on the S8+, this took some hacking).

As much as Microsoft has done to build an ecosystem of Microsoft-centric apps, it's still Google's operating system, and Google services remain close to the metal. Instead of fighting that, I'm going to use Google Drive for phone backups and photo storage (while still using OneDrive for lots of other stuff).

Some final first thoughts, and more to come

This is a great phone. It's a big screen in a small package, without compromise. I bought it because it does all the things I really want in a phone, ie: great battery life, beautiful screens, easy to use, great cameras and an unparalleled main display. It's going to be great at what I use a phone for: taking and sharing pictures, catching up on Twitter and email, watching movies and playing music, and perhaps doing the occasional work in Office. I still contend that the best productivity suite available is a laptop and a phone, and I don't see myself leaving a laptop at home when I travel (if I ever travel again). But the Z Fold 2 isn't a small laptop, it's a big phone, one that, amazingly, folds up. I'm excited to get past the setup phase and really start using this phone.

Your Phone app for Windows 10 gets new notifications pinning feature