The Resident Evil series is often credited for having reinvented the survival horror genre in the late nineties, and it remains one of Capcom’s most popular gaming IPs to this day. Four years ago, Resident Evil 7 biohazard was the first game in the series to use the first-person perspective, and Village keeps this FPS gameplay style but moves the action from swampy Louisiana to a secluded Romanian village.

Following the release of a time-limited demo on May 1, Resident Evil Village was released on May 7 on Xbox, PlayStation consoles, PC, and Google Stadia. RE Village is a cross-gen game that offers higher resolution textures and optional ray-tracing on PlayStation 5 and Xbox Series X|S consoles, and Capcom’s proprietary RE Engine continues to shine in this new survival horror adventure.

After a series of exciting series trailers focusing on Lady Dimitrescu, the tall vampire lady who’s one of the game's main villains, I was really excited to finally get my hands on Resident Evil Village. After a lovely but short Resident Evil 3 Remake last year, Resident Evil Village is here to scratch gamer's survival horror itch again, and it doesn’t disappoint.

The action of Resident Evil Village is set three years after the “Baker incident” in Resident Evil 7 biohazard, and Ethan Winters is back as the main protagonist. If you didn’t play the previous game, it continued the series’ obsession with failed scientific experiments and saw Ethan Winters save his wife Mia from the grasp of a bioweapon named Eveline.

At the beginning of Resident Evil Village, Ethan and his wife Mia have gone hiding in a remote European village to raise their newborn daughter. Mia has seemingly been cured from what turned her into a psychotic monster with regenerative abilities in Resident Evil 7, though she stills seems deeply affected by the events in the previous game.

Chris Redfield, one of the main protagonists in the Resident Evil series also plays an important role in Resident Evil Village. He appears right on the cover art for the game, and one of the first pre-release trailers for RE Village showed Chris and a team of elite soldiers storm Ethan and Mia’s house, kill Mia in cold blood, and take Ethan and his baby daughter under custody.

The truck transporting Ethan and his baby is later attacked in the middle of the night. After a confused Ethan wakes up in the forest, he starts looking for his daughter in a nearby village that is being attacked by wolf-like creatures. That village is a really creepy place with severed goat heads and dead crows hanging from the trees, and you’ll soon meet surviving villagers who are worshipping a mysterious woman named Mother Miranda.

The cult leader is the person who kidnapped Ethan’s daughter, and she's planning to sacrifice her for reasons I won’t explain here. The baby’s name, Rosemary, is a not-so-subtle nod to Rosemary’s Baby, the cult-classic horror film from Roman Polanski where a pregnant woman confronts a satanic cult looking to use her baby for their rituals.

Mother Miranda, the main antagonist in Resident Evil Village is also assisted by four lords with superhuman abilities, and you’ll have to deal with each of them before you can rescue Ethan’s daughter. Lady Dimitrescu, the tall vampire lady I mentioned earlier lives in an old gothic castle which is one of the best-looking structures I’ve ever seen in a video game. Capcom’s attention to detail is phenomenal and your time in the castle should be quite unforgettable, especially if you’re playing on next-gen consoles.

In addition to the castle of Lady Dimitrescu, you’ll also have to explore a creepy mansion to deal with the puppeteer Dona Beneviento and her Chucky-like doll named Angie. The game has another fascinating lord with Heisenberg, a Dr. Frankenstein-like character doing weird experiments on the lycans monsters you’ll encounter in the village.

I generally enjoy the lore of Resident Evil and its grotesque monsters, but I think players who are not very familiar with it should still have a great time with Resident Evil Village. The connections with previous episodes won’t be made until late in the game, and overall I think Capcom managed to create a great and engaging story for both Resident Evil fans and newcomers.

A good mix of thrills and fan service

After Resident Evil 6 was heavily criticized for focusing too much on action, Resident Evil 7 biohazard acted as a spiritual reboot for the franchise. The derelict plantation setting and the frightening Baker family made it one of the scariest Resident Evil games for me, but Resident Evil Village probably toned down the shocking factor a little bit.

Several gameplay elements from Resident Evil 4 have also resurfaced in Resident Evil Village, including the inventory management system and the mysterious merchant offering weapon upgrades in exchange for money. This merchant is a giant overweight man named The Duke, and you’ll have the possibility to hunt certain animals in the game to cook meals for him in exchange for permanent bonuses.

The vampire lady is an invincible character that will hunt you down as you’ll explore her castle and learn about her disturbing antics, which include making wine from human blood. Many enemies in the castle are former humans Lady Dimitrescu turned into her slaves, and she has also three monstrous daughters that share the same lust for blood.

Protagonist Ethan Winters truly went through hell during the events of Resident Evil 7 biozahard, and he’ll once again be facing some gruesome violence in Resident Evil Village. However, the antihero we’ve seen in the previous game has since received some military training from Chris Redfield, and he’s quite a different man. Nearing the end of the game, we’re not far from John McLane levels of cockiness for Ethan, though series staple Chris Redfield remains the ultimate hard-boiled alpha male in Resident Evil Village.

An effective but improvable formula

Resident Evil Village is a fantastic survival horror game overall, and I had a hard time putting the controller down during the 10-12 hours adventure. I remember having some trouble getting into the story and gameplay of Resident Evil 7, which I found quite difficult to play with a controller, but Village will rarely leave you in need of ammo as the crafting system is quite generous.

My main issue with the game is probably that it’s a bit too short, and that overhyped characters like Lady Dimitrescu don’t have a lot of screen time. There are some great cutscenes with the vampire lady, but most of the time you’ll just be running away from her and her dreadful nails she can turn into giant claws. We'll see what happens, but I really hope that Capcom has some DLCs in the pipeline to explore this quite fascinating character.

Some things in Resident Evil Village also broke the immersion for me, such as the voice acting. Despite the game being set in rural Romania, all secondary characters speak with a perfect American accent, which I found quite disturbing. I was also surprised by the sudden ellipses, with the action in the game shifting from nighttime to daytime sometimes within minutes.

Resident Evil Village isn’t very original in its mechanisms, and you’ll still have to solve some puzzles and find keys to continue your progression in the village. However, I did like the inclusion of optional bosses, with some of them offering a great challenge with satisfying rewards. I really encourage you to explore everything in the village, especially since some zones will become inaccessible after reaching certain points in the story.

Resident Evil games have always been known for their tank controls, and this didn’t really change with the move to a first-person camera in Resident Evil 7 biohazard. I remember hating the controls so much in that game that I eventually finished my playthrough on PC, though Resident Evil Village doesn’t offer that luxury. There’s no keyboard and mouse support on the Xbox version of the game, and the game also doesn't support Xbox Play Anywhere on Xbox and PC even though Resident Evil 7 did.

Once you finish Resident Evil Village, you can unlock the bonus Mercenaries mode where you can fight waves of enemies in a limited amount of time, but I found the experience not very enjoyable with an Xbox controller. Ethan can’t jump and can only block enemy attacks with his hands to reduce damage, and I do miss the much more effective dodge mechanism introduced in the Resident Evil 3 Remake last year.

Overall, Resident Evil Village is a great-looking game, though be aware that enabling ray-tracing on the Xbox Series S can lead to serious performance drops. The Xbox Series X doesn’t have this issue and manages to reach its 60 FPS performance target most of the time, but I don’t think ray-tracing makes that much of a difference. I’ve been much more impressed by the general artistic direction and Capcom's attention to detail, and again, I hope to have another opportunity to delve into this world with new DLCs.

This year marks the 25th anniversary of the Resident Evil franchise, which remains Capcom’s flagship series alongside Monster Hunter and Devil May Cry. Earlier this week, the Japanese developer revealed in a press release that it has now shipped over 100 million Resident Evil games worldwide, with Resident Evil Village having already shipped over 3 million units in just four days.

I really wish Capcom kept focusing its resources on blockbuster survival horror games and fill the void left by dormant franchises like EA’s Dead Space and Bethesda’s The Evil Within. I’d also love to see the return of co-op modes in Resident Evil games, something that Resident Evil 5 and Resident Evil Revelations pulled off really well.

If you’re a longtime Resident Evil fan like me, Resident Evil Village is undoubtedly one of the best games in the series and a good synthesis of Resident Evil 7 and the fan-favorite Resident Evil 4. Capcom is reportedly working on a remake of the latter, which will also get a VR release on the Facebook Oculus Quest 2 later this year.

Resident Evil Village is priced at $59.99 on the Xbox Store and Steam, and there’s also a $69.99 Deluxe Edition including the "Samurai Edge" weapon, the "Mr. Everywhere" accessory, a screen filter, and more bonus content. If you’re an Xbox Game Pass subscriber, we also remind you that Resident Evil 7 biohazard is also free to play on Console and PC, and you may want to play it first before getting started with Resident Evil Village. 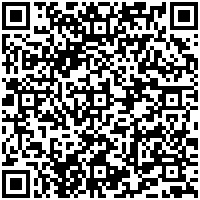 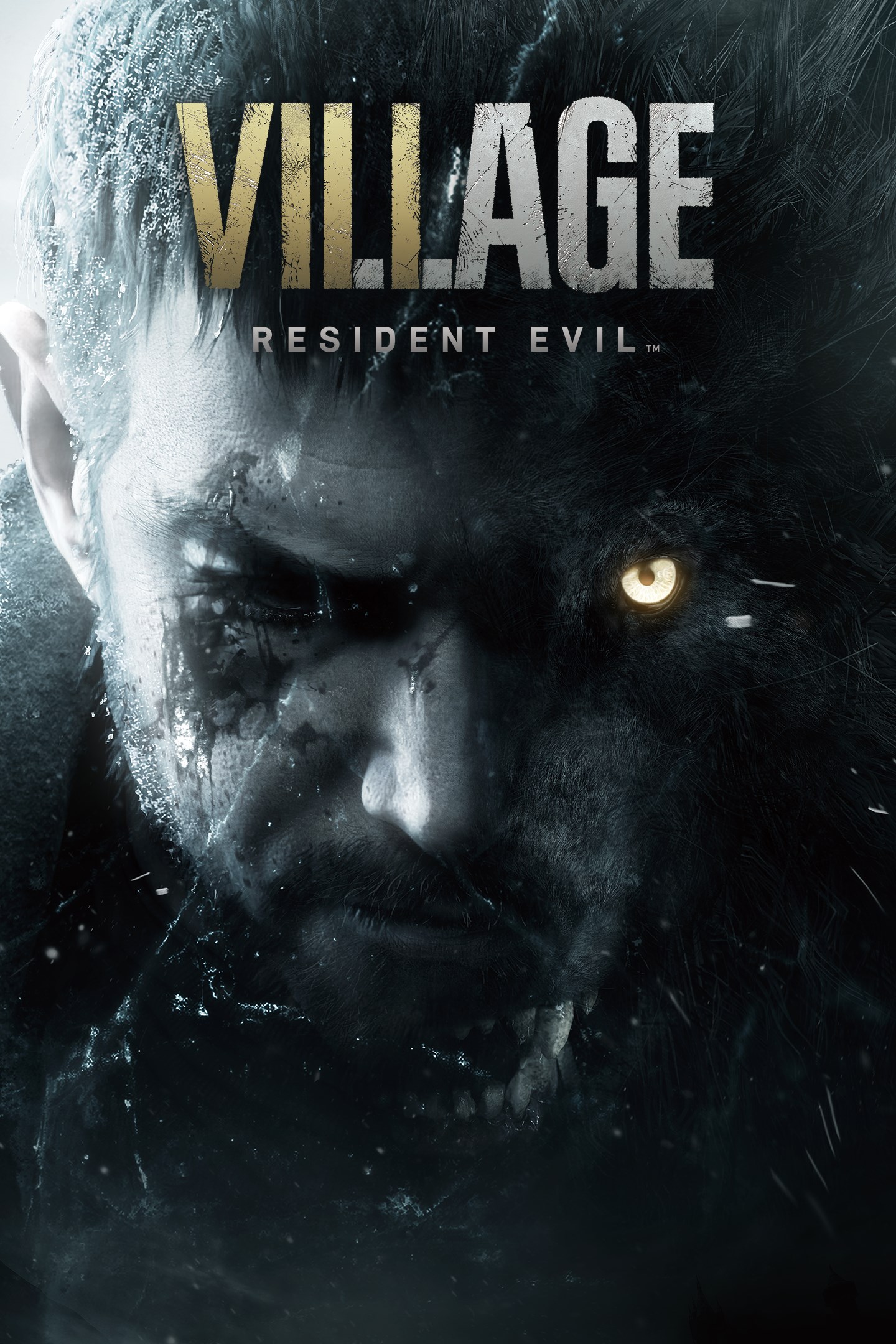 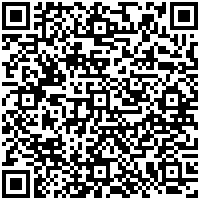 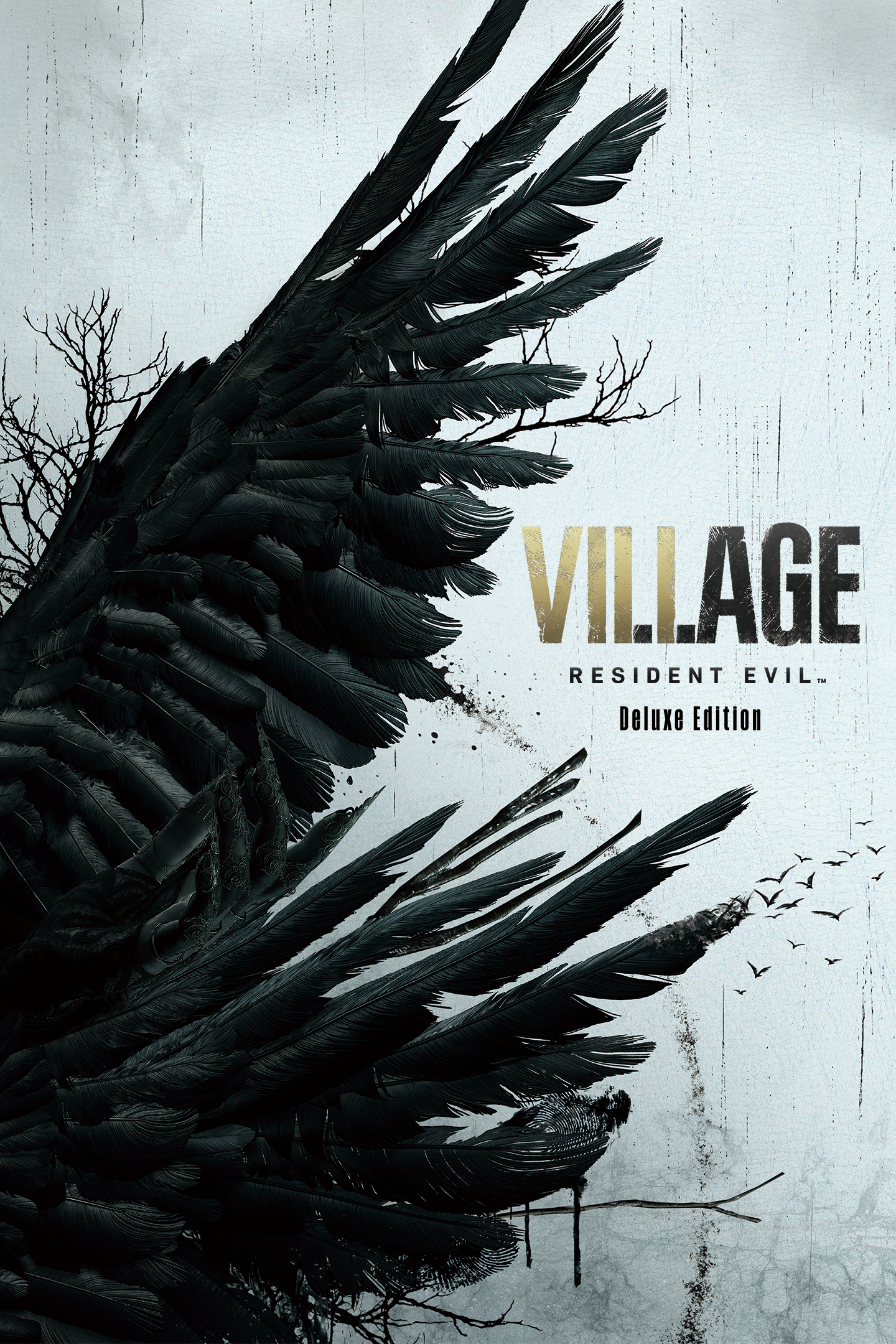 PowerToys version 0.37.2 is out with bug fixes and stability improvements