Quick unboxing and thoughts on Microsoft's Surface Go - OnMSFT.com Skip to content
We're hedging our bets! You can now follow OnMSFT.com on Mastadon or Tumblr! 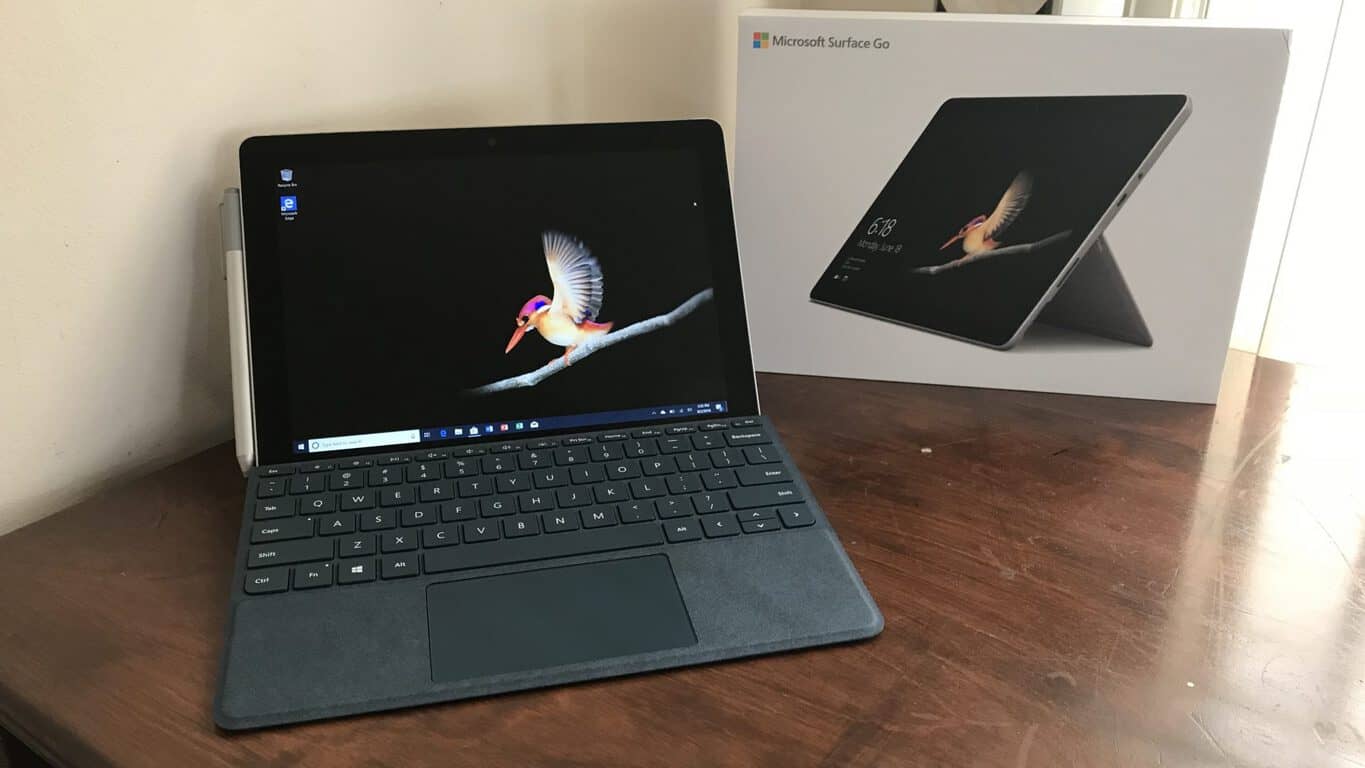 After waiting all day for FedEx to deliver my Surface Go, it has finally arrived. Instead of eagerly opening the box, I instead took to my Twitter to share the experience with everyone, and you can watch it via the link below in all its glory. Anyway, after unboxing and just spending an hour with my own Surface Go, I've got a few extra thoughts about the out of the box experience to add to my initial hands-on post, so be sure to read on.

Out of the Box

As I opened up the box I was eager to jump right into Surface Go, but, I first needed to sit through all of Cortana's usual nonsense before getting started. The Surface Go itself booted up nearly as fast as my Surface Pro 4, but Cortana interrupted me for a lot of information before I could have jumped into the action. I also got prompts for setting up the MSA, Windows Hello, Office 365, and more. Though annoying at first, I eventually found that it all helps makes things easier once you get into Windows 10 as you get to skip many trips to Settings pages.

Anyway, once things booted up, I went through the usual process of customizing my colors and Start menu, verifying my Microsoft Account Identity. Doing this alone, the RAM usage was at 3.9/7.9 GB. It was obvious to me that Surface Go probably needed an update, so I manually triggered Windows Update before proceeding with customizing. A long list of updates was available, including new Surface drivers, and this month's cumulative update (it comes running build 17134.112, from June.) It took the device a good 20 minutes to download everything, and an additional 3-5 minutes to install.

As a side, I noticed that the power brick for the Surface Go is a bit different. It's all folded into one, and it ditched the USB A port. There's also no cord between the plug and the brick, making it more compact. I kind of like this for traveling, but I think some people might have an issue with that.

After Windows Update finished, things seemed faster. The RAM usage was still at 2.2GB and I was able to download my apps from the Windows Store. Unfortunately, that was initially slow. Without me asking, the store was already busy installing its own set of updates, and I had to cancel some just to install my favorite apps. Once the store caught up, my apps installed in a breeze, just as they do on my Surface Pro 4. This initial slowdown could be due to the Intel Gold Y Series processors, but once I got the "busy work" out the way, Surface Go handled like my SP4 would.

About that bezel.. and customizing Windows for the Surface Go

I mentioned this in my unboxing video, but a lot of people seemed to have an issue with the bezels on the Surface Go. I for one didn't mind, as all Surface devices have huge bezels and are there for your comfort when in tablet mode. Anyway, to make up for the lack of screen space, one of the first things I did was heading to Settings and turn down the scaling. It's set to 150% by default, but I tuned it down to 100% for a little more screen real-estate and multitasking space.

I initially complained about the Surface Go keyboard, but I typed this entire post on the Go without any typos or mistakes. I think the keyboard takes some time getting used to. The curved edges of the keyboard are also aesthetically pleasing, but I did have to keep my fingers in a more "up" position to get to the key caps.

In terms of performance, I didn't really feel any slow downs on Surface Go. Just as in my hands-on post, opening up Edge, etc, didn't push the device over its limits. With Edge, the Store, YouTube, Periscope, and Twitter open, Nothing froze up and everything was smooth as butter, with RAM under 4.0 GB and CPU at 29%. Keep in mind, though, that I am still running Windows 10 in S mode on the Surface Go, which I think might make a performance difference.

After just spending an hour with Surface Go, fully updated, and running my apps, I feel pretty confident in the device. It initially felt slow at first, but after getting the latest drivers, Surface Go feels just like my Surface Pro 4. I'll be spending more time with Surface Go this weekend, so be sure to keep tuned for more in the days ahead.