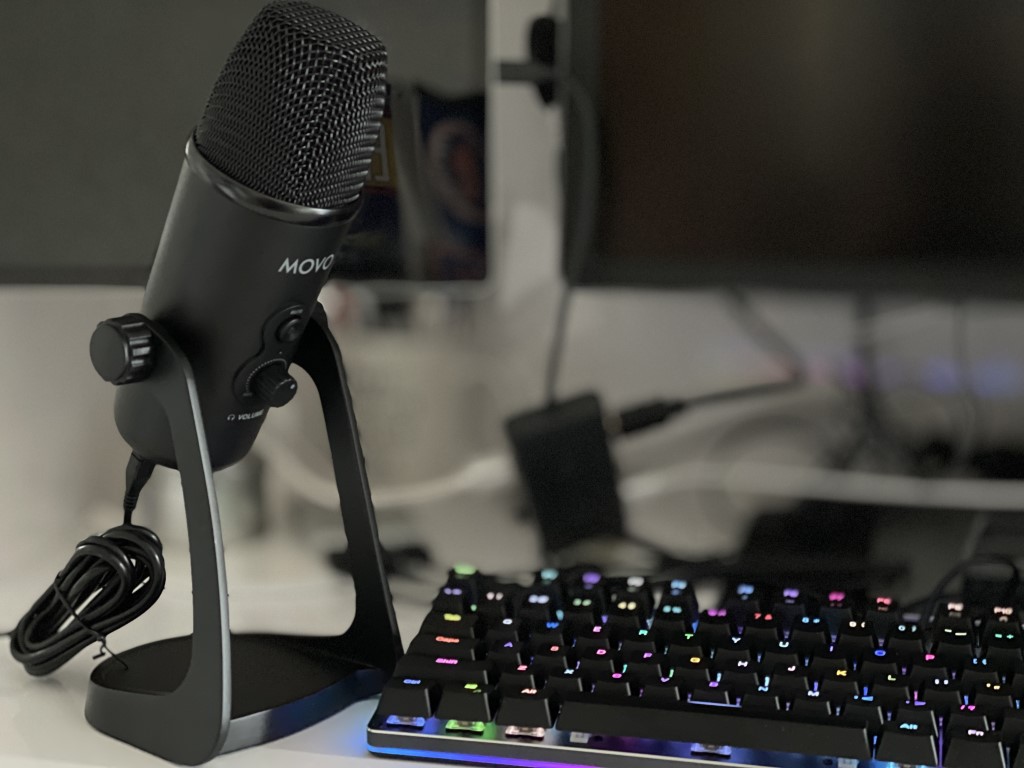 For podcasting and video conferences on Microsoft Teams or Slack, it's often great to use an external desktop microphone. Using one in favor of the built-in microphone from your PC, headset, or webcam helps boost your voice, and makes you sound a little bit more professional --- and less like you're sitting inside of a tin can.

That's where the Movo UM700 USB Desktop Studio Microphone steps into the picture for me and OnPodcast, which is the OnMSFT.com podcast that I run with my coworker Kareem Anderson.

Movo, a company which is known for its audio, video, photography, and smartphone equipment, recently reached out via email and sent over one of their best-selling microphones for me to sample. Here's a look at how I used the Movo UM700 Desktop Studio Microphone in my life and why it's great for podcasting, and Microsoft Teams calls. 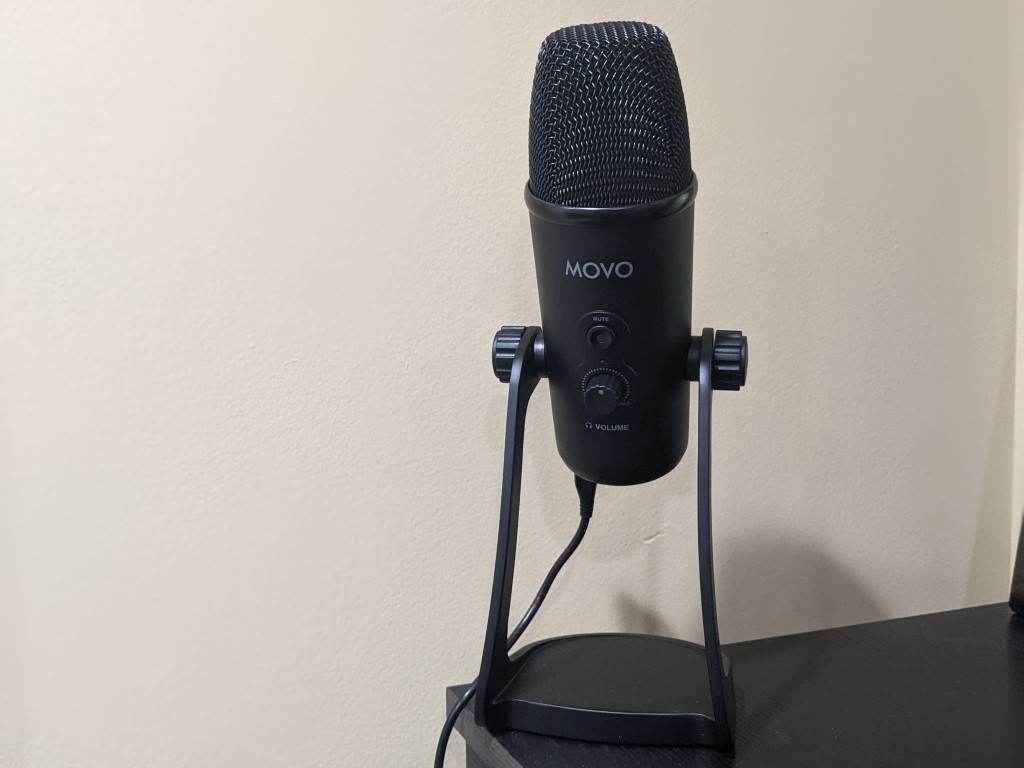 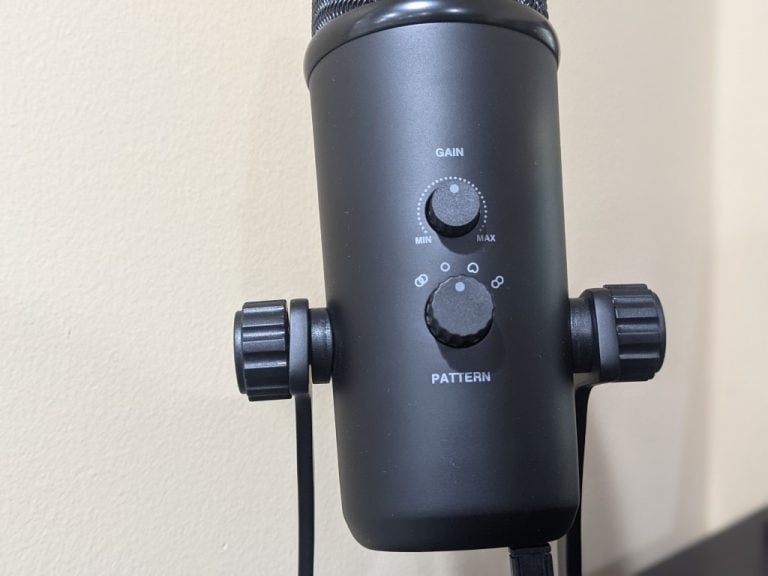 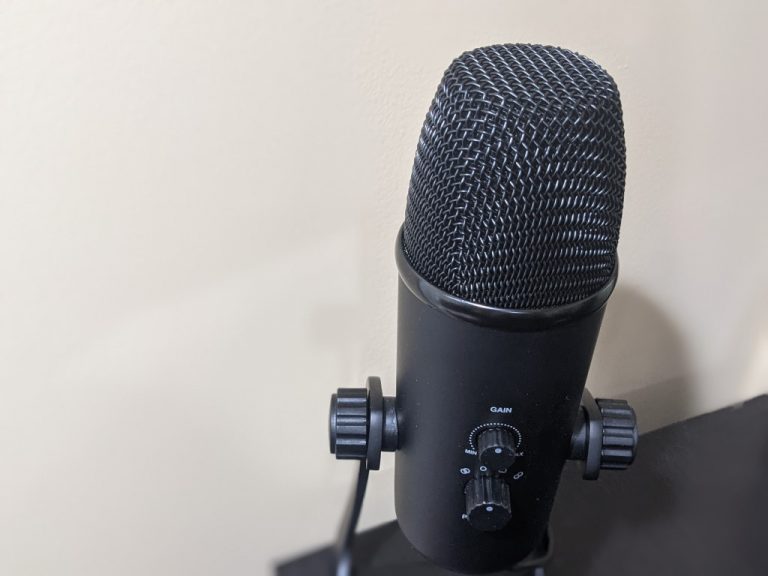 First off, I want to get into the design of the microphone. Naturally, the Movo UM700 desktop microphone looks a lot like a Blue Yeti. It features a solid metal base, and design, which is important for the $125 price point on Movo.com. The only bit of plastic on the mic comes on the swivel stand. This is on the sides where you can adjust the tightness of the screws on the mount. The mic is also cool to the touch and feels premium no matter where you touch it.

Yet despite being made of metal, the UM700 is quite compact. I was able to move it between my podcasting setup and my work from home desk without worrying about the weight. Movo says it weighs around 2.3 pounds, which is quite manageable.

Thanks to the included base (there's a felt material on the bottom which grips your desk) you can point the microphone in any direction you want. However, it is best practice to keep the mic facing upwards to get the best audio quality. The base helps you adjust the mic to your own settings.

I felt that having the UM700 in the camera frame during OnPodcast made me feel quite professional. The design is quite simplistic, and it looks great in the camera frame. It isn't bulky, it doesn't require screws or mounts to set up, and it sits cozily on a desk to fit with any aesthetics.

Features that you want in a desktop studio microphone

In terms of features, the UM700 doesn't disappoint. The most important one is the plug-and-play compatibility. You just need to plug your microphone into your PC or Mac to get started. The connection happens via Micro USB, with the cable being included in the box.

The cable is quite long, too, which means the mic can be far away from your PC if need be. I liked this because the USB port on my laptop is on the left side, and I keep the mic on the right. The extra cable length gives me room to play.

Other big features onboard the UM700 include its adjustable polar patterns, headphone jack, dial controls, and a mute switch. There's even room for a 5/8" thread for mounting, too.

All of these are features you want on a premium microphone. But interestingly, the dials on the UM700 are bigger than what you'd find on a Blue Yeti. I liked this, as it makes it easier to grab onto the dial and change settings on the fly. 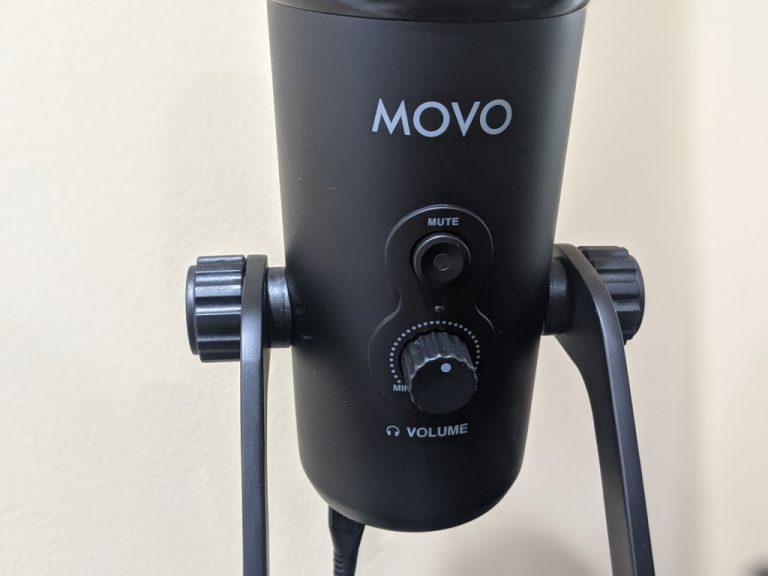 On the polar patterns, there are four to choose from. These patterns help adjust the microphone to different scenarios. It's great to see these different patterns as it gives you more bang for your buck. You won't be stuck to using the microphone for just one thing. It can be your do-it-all microphone should you decide to move on from podcasting to something else later on.

Anyway, the stereo pattern uses the left and right channels on the mic for a wider sound image, say for playing guitar, or acoustics. The Omnidirectional pattern picks up sound equally from all sides of the microphone, for natural voice and for conference calls. The Cardioid pattern is recommended for podcasting gaming, or Twitch, as it records sound directly in front, and rejects sounds from the sides and the rear of the microphone. And finally, there's the Bi-directional pattern. This one records from the front and rear and is suggested for interviews.

As I used my UM700 for podcasting, I depended a lot on the Cardioid pattern. I'll talk about that more in the next section, but this mode definitely helped elevate and clear up my voice. When I hopped on Skype or Teams calls, meanwhile, I switched over to the Omnidirectional pattern. 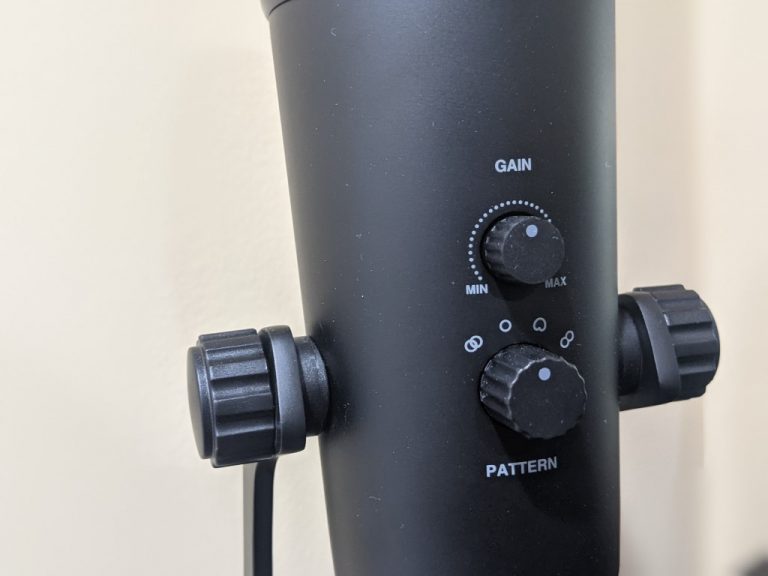 The final thing of note is the headphone jack, gain control, and mic gain switch. With these, you're in total control of your sound and experiences. I plugged my headphones into the UM700, and I was able to control the volume coming out of Teams independently from my PC.

It's great to be able to do this, as when you're podcasting, you don't want to awkwardly put your hands on your PC while on camera to get to a volume slider. I was able to make slight hand movements and adjust the gain and the volume quite subtly. The mute mic button is nice, too. I use this when Kareem is speaking on OnPodcast, to avoid the feed picking up noises in the room around me and give Kareem the spotlight.

I do have a note on the patterns. It's best to pick a pattern and stick with it before you record. Switching pattern mid-recording doesn't always switch over while you record, so be a bit careful here.

The audio quality is great

Design and features are one thing for a mic, but the audio quality is the most important. I'll say that in my use, here is where the Movo UM700 really does exceed expectations. It captures 48kHz/16-bit broadcast quality sound and runs on the frequency response of 20Hz to 20kHz.

Now, I'm not an audiophile, and I'm not the technical type when it comes to audio. However, you can see a sample above in OnPodcast Episode 27 where I switched to the Movo UM700 microphone and judge for yourself by watching and listening. 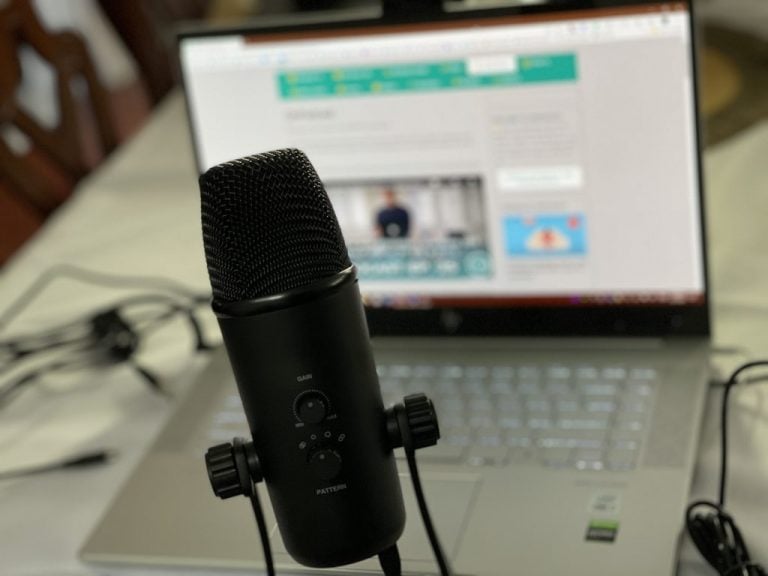 Previously, I was using a generic microphone, and you could tell so by going back to previous podcast episodes. That mic picked up the echo in the room, as well as ambient noises around me. The UM700 does a better job of canceling out those ambient noises, as well as echoes, too. It puts emphasis on my voice, and my voice only, largely thanks to the Cardioid pattern.

Other than the Cardioid pattern, I also used the Omnidirectional pattern. I set up the microphone to pair up with a Dell monitor that I am reviewing and gave my family a voice call using the UM700.

Set in the Omnidirectional mode, the mic picked up both my voice, as well as my father's voice, who happened to be sitting quite a ways away. I already podcast through Teams, but for this reason, I can see the mic being useful for personal Teams calls, or Skype calls, too.

After using the Movo UM700 for two weeks, I think it's a great microphone. The design is quite premium, and fits well with my podcasting needs. Granted, I am not an audiophile, I also think the audio quality shapes up well, too. The Movo UM700 is definitely a microphone to consider if you're new to podcasting, or just looking to boost your set up at home.

Cortana for iOS and Android is no longer supported starting today