More than 5 Kinect games worth playing on Xbox One 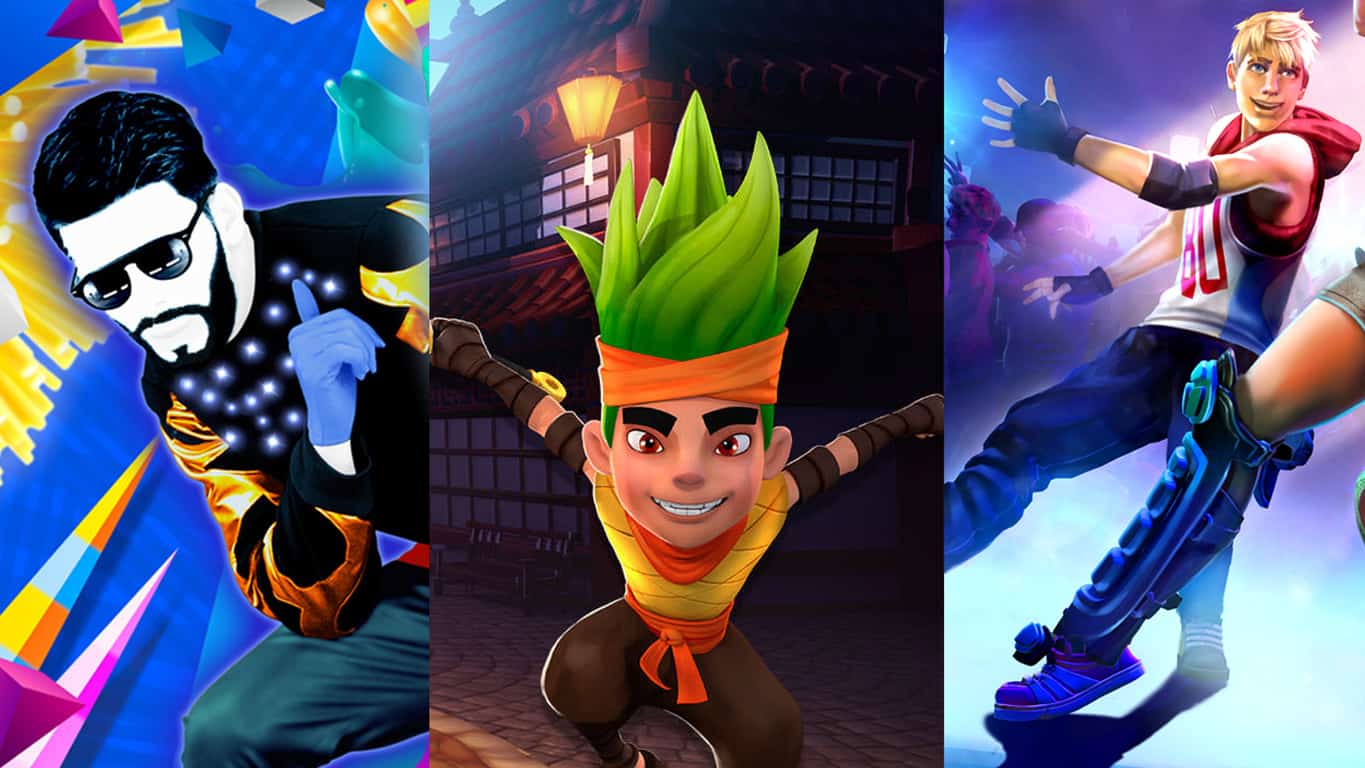 One of the coolest features of Microsoft’s Xbox One console is its new Kinect camera which allows users to navigate the system via voice commands and gestures. This relatively new technology can be intimidating for some Xbox One users but for those who have fully embraced it, many find it hard and even inconvenient to go back to a system that doesn’t log in users via face detection, allow them to pause a video with a voice command, and open apps instantly by asking the Xbox One to do so.

The Kinect has changed the way users control media on their television sets and it has also evolved the way many play games with a growing library of Kinect-enabled games now available on Xbox One that allow for gamers to play with their entire body as opposed to just a controller. Here’s a list of some of the better Kinect games on Xbox One accompanied by a mini-review and personal thoughts on each release. It’s by no means a complete list of Xbox One Kinect games but it is a good example of the variety of experiences available and a great place to get started.

Both developed by Virtual Air Guitar Company, these two Kinect games are aimed at the younger gamer and provide some basic gameplay options without the complex interaction of other titles.

Boom Ball for Kinect is a simple ball game that kind of acts like a three dimensional version of pong. Balls are thrown at the player who must deflect them back at the screen with their hands while trying to aim the ball at obstacles onscreen. Because of its target demographic, adults may have trouble playing as the game will automatically assume all players are the height of a 12 year old child. Younger players will have no problem though and may even appreciate the handicap given to their adult competition.

Squid Hero for Kinect is more of an endless runner with players tasked with navigating a swimming squid around obstacles while trying to collect as many items as possible. The game is remarkably easy to play and is particularly fun for kids in 2 player mode with the customizable hats adding an extra level of playability. It’s a fairly simply game but one that gets more complex as it progresses with a challenging difficulty spike.

Neither Boom Ball for Kinect nor Squid Hero for Kinect feature graphics or sound that will blow users away but they’re also priced appropriately and are a very cheap investment for parents looking for an affordable way to keep their kids entertained.

The game franchise that most people associate with the Kinect, Just Dance is a fun dance game that’s enjoyable in solo play but works much better in multiplayer with up to eight local players now supported in both Just Dance 2014 and Just Dance 2015, and the soon to be released Just Dance 2016. The aim of the Just Dance games isn’t to necessarily train players to become the world’s best dancer but to have fun and “just dance”. The gameplay consists of mirroring the digital music video on screen and matching the moves that appear in a timely fashion.

The icons can often be ambiguous though (to the point of not resembling the characters’ dance moves at all) and around 60% of the songs’ choreography consists of walking around and striking poses instead of actually doing any dancing. Much in the same way Twister won’t teach anyone Yoga, Just Dance won’t improve anyone’s dance skills. It is super fun at parties though and the recently added online multiplayer and friend challenges provide significant content to keep many fans coming back for more. At least until the next annual instalment comes out.

Heavily promoted when it first launched alongside the Xbox One, Xbox Fitness is a bit of a mixed bag that unfortunately still hasn’t managed to live up to its potential. Designed to provide Xbox One owners with a way to stay fit, Xbox Fitness is available to all Xbox Gold subscribers and offers around 30 workout videos for free for users to play. These videos are essentially workout programs that play on the screen but with the added benefit of the Kinect sensor which tracks the user’s body movements and records intensity and even how much weight or stress is being applied to each muscle group. Xbox Fitness also records stats for each section of a workout and compares it to the user’s friends in the form of in-game challenges. The technology is fairly impressive and for the most part truly provides a great source of motivation… when it works.

While most of the video streaming issues that plagued Xbox Fitness for months after its launch have been fixed, very little else has been worked on in the last two years, leading to a sense of abandonment for many users despite promises of more updates coming soon. Body-tracking glitches are still a common occurrence and range from instances of next to zero activity measured to error messages instructing the user to speed up or slow down despite the fact they’re working at the same speed as the instructor on screen. The Kinect still has trouble tracking floor exercise such as sit-ups, push-ups, and plank (often not detecting any movement at all during these exercises) and there are also problems with the clunky user interface which oddly restricts itself to showing only one friend on the leaderboard and requires the navigation through several layers of menus and filters just to find the right workout. There is a lot of room for improvement with Xbox Fitness, though for a program that’s free for most Xbox One owners (who doesn’t have a Gold membership these days?) it’s worth checking out at least a few times. Recommended workouts: Anything by Mossa and Jullian Michaels.

Grab Xbox Fitness on Xbox One

By far one of the best Kinect games on Xbox One, Dance Central Spotlight is a dance game that actually wants to make the player a better dancer. Using a truly massive library of songs, each track features four unique routines that gradually introduce the required dance moves and build upon the previous move set to get even total non-dancers up to a level of coordination where they can gold star a Pro routine. There’s also Cardio and Strength routines, for those after more of an aerobic workout, as well as an extra beginner and advanced level routine in a completely new style to keep things fresh.

What really sets Dance Central Spotlight apart from the other dance games is its “Hey, DJ!” feature which allows single players to pause a song at any time, slow down sections, and practice specific moves on a loop until they’re mastered. Coupled with the game’s remarkably accurate body tracking, this creates a true sense of skill progression and satisfaction and makes it very difficult to go back to a game like Just Dance which feels more like dancing along to a music video by comparison.

The popular fruit slicing game has come to the Xbox One with a variety of extra mini-games in addition to the traditional Fruit Ninja mode of the original. This new version looks and sounds fantastic on the Xbox One with its Saturday morning cartoon-style characters and backgrounds. It’s obviously not the most historically or culturally accurate depiction of ninja but it is damn fun and showcases some of the best Kinect functionality in any Xbox One game. Hand gestures swipe exactly where the player expects them to on screen and the menu navigation is impressively fast and simple to use. Layers upon layers of unlockables make Fruit Ninja a game most will return to often and its local four person multiplayer capability makes it a great go-to for parties. Fruit Ninja Kinect 2 is a surprisingly really solid game that deserves a lot more attention than it’s been given.

What Kinect games do you play on your Xbox One? Share your thoughts with the WinBeta community in the comments below. Agree with our recommendations?