Today, Microsoft is releasing its new Surface Laptop and Surface Pro in 25 markets around the world, which represents a new milestone for the family of premium Windows 10 PCs. To the celebrate company's biggest product launch this year, Microsoft France held a Surface Family event at the company's headquarters in Paris yesterday, where select members of the local "House of Fans" programme got the chance to try the new products a day before their official launch.

I attended the event to learn more about Microsoft France's local strategy for Surface products, but it was also quite interesting to discuss with real Surface fans. First of all, Microsoft France Surface Product Marketing Manager Quentin Hilbert gave us a demo of all the new products, including the Surface Studio which is also launching today in France. This was followed by a short Q&A session, and some questions from the audience were really interesting.

I was sitting next to a freelance designer who had quite a unique point of view on Microsoft's Surface devices. He explained that he was really excited about the new Surface products, but they're unfortunately too underpowered for his needs. As a mobile worker, he told us that he used a top of the line Asus gaming laptop as his main work machine, but he often feels uncomfortable using this laptop in front of his clients. Indeed, gaming laptops don't look very professional, to say the least.

As he explained, designers like him don't really care about thickness or weight, they just need a versatile product with high-end specs, which means Core i7 processors, a minimum of 32 GB of RAM and powerful NVIDIA GPUs. Drawing a comparison with Apple's freshly announced iMac Pro, he asked Microsoft France if the company was planning to follow this path with its Surface line, including the creation of a real Surface workstation similar to Apple's Mac Pro.

As you can expect, Microsoft France didn't have an answer to this, telling us that Redmond doesn't share its long-term product roadmap with its local subsidiaries. However, the Surface Product Marketing Manager said that he totally understood the designer's issues with current Surface products. Obviously, Microsoft has just released the v1 of its most powerful Surface PCs, which are the Surface Book and the Surface Studio, but the company will hopefully pay more attention to the needs of demanding users in the future.

Following the Q&A session, I approached the Surface Product Marketing Manager to learn more about Surface sales in France. While Hilbert didn't share any hard data with me, he told me that many big French companies were now adopting Surface devices, including many popular banks and leading telecommunications company Orange. Surface devices are also increasingly popular with French consumers, even if Microsoft doesn't do a lot of marketing in the country.

Talking about marketing, I asked him a question about sponsoring and product placement. As you know, Microsoft has a much-talked about deal with the NFL in the US, which seems to have delivered mixed results to this day. Microsoft France has no such thing here, but I recently noticed something interesting when watching French TV. France Info, a national news channel is an early adopter of Microsoft's Surface Hub, and you can see many journalists using the digital whiteboard during news bulletins. As it turns out, I was told that it was France Info which approched Microsoft and not the reverse.

More interestingly, Microsoft also did some product placement in "Marseille," the first Netflix Originals series specifically created for the French market. Just like in Hawaii Five-0 and Scorpion, there are Windows PCs, Surface devices and Lumia phones everywhere in this show, which I think was quite surprising for the French audience. However, I was told that Microsoft France doesn't discuss these product placement deals as of today, and they couldn't tell my if this deal was directly negotiated by Microsoft France or Redmond.

Lastly, I wanted to know more about how Microsoft France operates, and I also really wanted to know if the subsidiary was still using Windows phones internally. Seing that Hilbert was using a Samsung Galaxy phone and one of his colleagues an iPhone, they explained me that Microsoft does have a "Bring your own device" (BYOD) policy though many employees were still choosing Windows phones as their work phones. 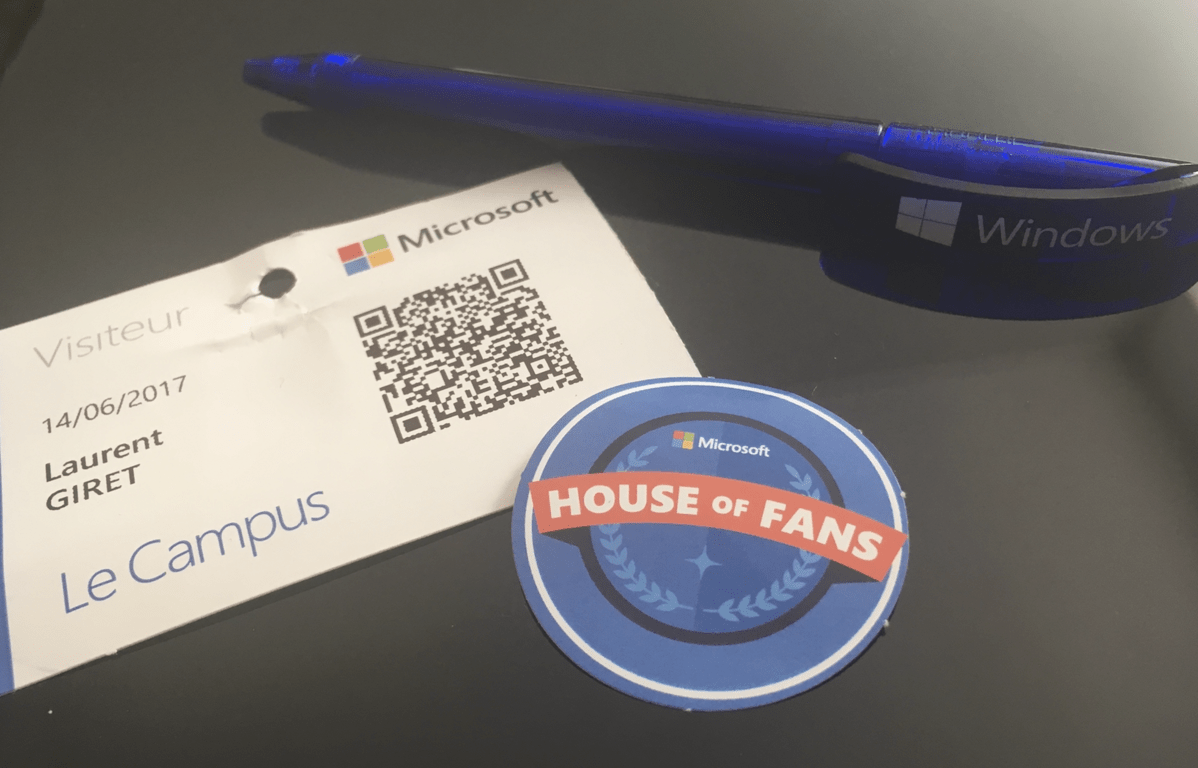 Overall, I really enjoyed my first visit to Microsoft France and I hope to get more opportunities to meet with the local Surface team going forward. I also had my first hands-on experience with the new Surface Pro and Surface Laptop, which I really liked. I was quite skeptic about the Surface Laptop, especially its Alcantara material-covered keyboard, but it turns out to be pretty good. I think an old-school clamshell device is exactly what the Surface brand needs to achieve more mainstream success, though we'll have to wait to see if it was a good idea to make the Surface Laptop ship with the new Windows 10 S.