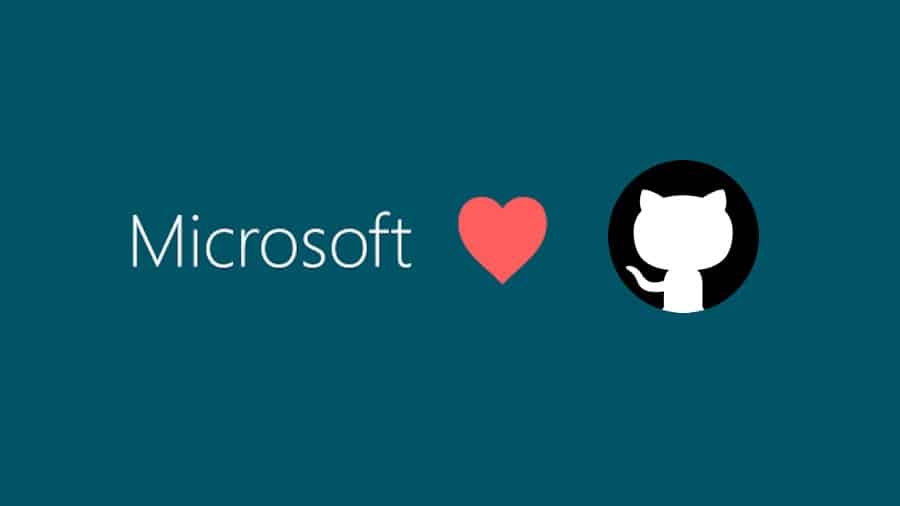 For anyone who still refers to Microsoft using the M$ text on social media, forums or blog post, today must feel like a long-anticipated hellscape. As Microsoft declares its intentions to buy the open source developer community GitHub for $7.5 billion (USD), the screams of thousands of pseudo anti-establishment developers can be heard blaring across the internet while they gather on social media to threaten to close up shop on GitHub and rush to the comforting bells of their pre-2002 anti-Microsoft rhetoric as a basis for their wild speculation of the company's nefarious intentions with the repository.

In a less tribalists reality, Microsoft's rather substantial acquisition of GitHub should be seen as a move made by CEO and co-founder Chris Wanswrath to seemingly ensure the longevity of an open source developer community. As of now, Microsoft is a leading leader of open source contributions, has the financial structure and capital in place to allow a community to thrive under several different developer circumstances and is actively chasing a multi platform developer experience, by all accounts, the company appears to be a great destination for GitHub developers beyond housing the organized code repository.

Unfortunately, the Microsoft boogeyman theory of years past remains a sticking point for a vocal minority of developers.

Despite an overwhelming desire by some developers to liken Microsoft's motives and actions to the evil Android consuming Dragon Ball Z villain, Cell, most deals the company enters into are of mutual compromise and thorough financial investigations, and not just another resource for the company to gobble up in its ambitions to become their perfect corporate form.

Fortunately, there is a small minority of resistance developers and industry observers are pointing out some of the rather obvious intricacies that are being considered in the new Microsoft and GitHub acquisition that would suggest the software giant is going into this purchase with the open source community's best intentions in mind.

Many people seem to be unhappy about Microsoft's acquisition of GitHub. The most common sentiment I see is a preference for GitHub to remain "neutral". But the status quo was not one of the available options. 1/

In a rather long-winded but thoroughly informative Twitter storm, developer Erick Sink succinctly illustrates why the rush to judgment of the GitHub purchase by some developers may be misplaced at this time. Similar to Sink's twitter posts, I find Microsoft's acquisition of GitHub is, at best, a neutral purchase that benefits both Microsoft and the open source community, and at worst, the least bad alternative. Without a viable revenue and profit platform in place, GitHub was roughly a missing round of funding away from closing up shop for many of its free-tier features. In 2016 GitHub lost $66 million during its fiscal year and in 2017, the community only brought in $110 million in revenue. In addition to its financial problems, competitors such as Atlassian and GitLab were seeing substantially better numbers YoY, putting a target on the back of the community as they began to court the same pool of GitHub's 13 million developer congregation. Plainly put, GitHub was going to be for sale in the not too distant future, it was only a matter of time before an Amazon, Oracle, Google or IBM bought the community.

With that being said, Microsoft's GitHub purchase isn't without some scrutiny or questions.

What's the company's monetization proposition going forward? How much integration will follow? What will happen to private repositories? What is the ethical and legal standing for hosting competitor code? How do you stop developers from going to competitor communities? Can they keep Skype, its developers, and designers away from GitHub?

These are just some of the tough questions ahead of Microsoft and former co-founder and new company executive Chris Wanswrath as the two attempt to court new and currently hesitant open source developers as well as maintaining the trust for housing competitor coding. However, what most developers should do is get all the relevant information about the purchase before making rash declarative actions such as shutting down accounts or pronouncing their doom and gloom prophecies based on pre-2002 data and perceptions. Over the past handful of years, GitHub has been increasingly courting enterprise accounts as a way to stay financially viable. With enterprise, accounts come financial stability and long-term revenues for the service.

"Big enterprise software contracts can take months or longer to secure and often require hand-holding, which is where hiring a sales force comes in. Enterprises often want assurances of uptime that carry legal or financial penalties, they need certain features for security and for accountability, and they often want the ability their suppliers to have met certain audits and standards for security, operations and so on. "  -Business Insider

Interestingly enough, Microsoft has some expertise when it comes to serving enterprise accounts. Perhaps, for GitHub to remain a free option while evolving its search, tools and indexing features, some developers will allow Microsoft to charge larger businesses for more vertically integrated experiences with its software stack? Dare we dream, Microsoft may be one of the best-suited companies to offer a set of tools, services, and software in LinkedIn and Azure that can connect hobbyist developers with needy businesses which can offer contract work or a reliable second income for some.

Again, there will be growing pains with this new announcement from Microsoft, but GitHub developers should view the landscape from 30,000 feet before they decided to do anything today, tomorrow or in the near future.