A year ago, Microsoft France debuted a new brand advocacy program called House of Fans, aiming to bring together the die-hard fans of Windows, Office, Surface or Xbox in the country. While France isn’t Microsoft’s biggest market, it’s one of the few countries where Windows Phone used to have a double-digit market share, and that probably tells something about Microsoft’s popularity in the country.

Being French myself, I’ve been a House of Fans member since day one, and I’ve been following the initiative very closely. Microsoft France tried something new to engage with super fans willing to advocate for their favorite Microsoft products, and so far the program has been a success for the company. As House of Fans just celebrated its first anniversary, it’s worth taking a look at the program’s current objectives and future.

The origins of House of Fans

Microsoft France started to think about the House of Fans program back in 2015, just a year after Satya Nadella became CEO of Microsoft with the ambition to change the company’s culture. According to Sebastien Imbert, Chief Digital Marketing Officer at Microsoft France, the program has been inspired by many of new values promoted by Nadella such as inclusivity and authenticity.

Microsoft France first started with an employee advocacy program, encouraging Microsoftees to share their passion for the company on social networks. The French subsidiary also had a partnership program with French Microsoft blogs and select influencers, but the company later realized that it could do more to go after the “real” Microsoft fans. These are consumers who are not influencers, but who are so passionate about Microsoft that they want to learn everything about the latest products. As real fans often do, these are also the kind of consumers who will recommend Microsoft solutions to their entourage, as well as explain and defend the company’s decisions no matter what.

To create House of Fans, Microsoft France teamed up with engagement agency Brainsonic and its brand advocacy platform called Sociabble. Before opening the gates to House of Fans, Microsoft France launched a big communication campaign with a questionnaire that fans had to complete to get the chance to be selected. Microsoft France says that it received 10,000 applications in just two weeks, and the company first invited 1975 fans (a reference to the year when Microsoft was founded) to join the platform. Ultimately, this number grew to 4,000 fans last year.

Key objectives for House of Fans

Microsoft had three main goals with House of Fans: creating an exclusive community for “super fans,” transform them into ambassadors and boost the brand’s visibility organically through fans’ activity. “We wanted to drive our fans’ passion, develop their product knowledge, and transform them into brand ambassadors,” explained David Dufour, Consumer Marketing Communication Director at Microsoft France. “By creating an interactive community, our objective was to better understand fans’ expectations, and empower them to advocate for Microsoft.” 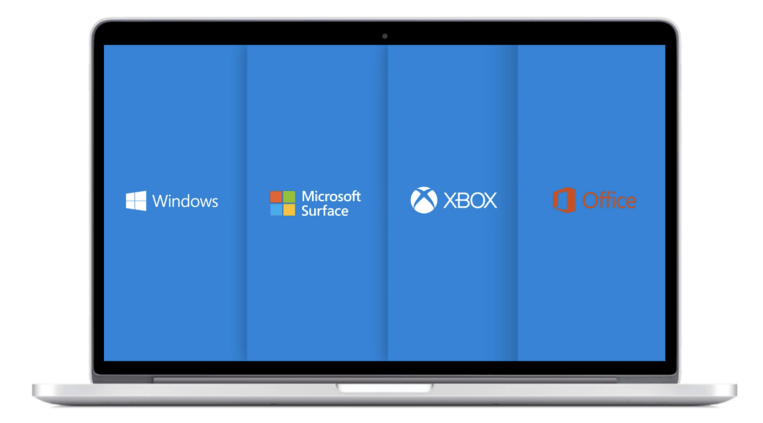 House of Fans members are much more engaged and active compared to the average fan, and they can also share House of Fans content (either user-generated content or Microsoft-created content) on their own social networks. As a result, this ultra-qualified base has become really valuable for Microsoft France. According to Dufour, activating 1,000 fans on the platform has the same ROI as paying for product placement with a YouTuber.

Microsoft France and Brainsonic shared the following data about the first six first months of the program:

The House of Fans experience

The Sociabble online platform allows fans to create a detailed profile with links to their social networks. Members can submit their own content (which has to be validated by community managers), and choose if they want their articles to be shareable by others on social networks.

To keep fans engaged, there are several gamification features: You can earn points by creating content, commenting, sharing content on social networks and completing quizzes. Every month, the top 50 fans win some Microsoft-branded goodies, but there are also regular challenges where fans have to complete certain actions to win some prizes. These include Xbox games, Office 365 subscriptions, or Microsoft hardware. 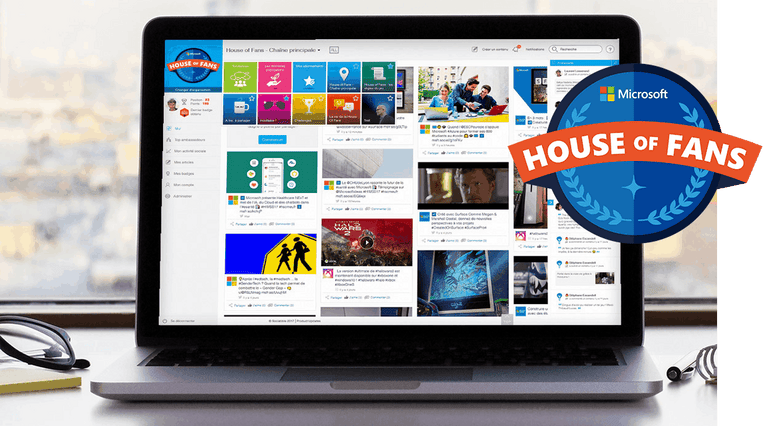 Thanks to this gamified experience, Microsoft France and Brainsonic says that 75% of users are connecting to the platform on a daily basis. There isn’t a lot of exclusive content on House of Fans, but members can sometimes ask some questions to Microsoftees who will then answer them in videos. However, the two House of Fans community managers are the only Microsoft employees who are really active on the platform as of today.

Even though House of Fans currently counts roughly 4,000 members, the well-known 1% Internet rule, which says that only 1% of users of an online platform actively create new content also applies to this community. However, I’ve noticed that there are some really passionate and knowledgeable fans in that group, and Microsoft France has recently started to promote high-quality UGC content on its official social networks.

Last but not least, Microsoft France also regularly invites House of Fans members to offline events, which usually take place at Microsoft France’s headquarters in Paris. These events are usually restricted to a small number of fans (less than 100), and they’re a nice opportunity to chat with Microsoftees, play with the latest products and win some goodies.

A future extension to other countries?

Even though the House of Fans program is just one year old, it has already won top prizes, the latest one being the Top Com Grand Prix in the Category of Marketing for “Relationship Marketing/ B2B Advertising.” Microsoft’s Sebastien Imbert said last month that the program will continue for at least another year, and that Redmond is following the initiative very closely.

The Chief Digital Marketing Officer also said that Microsoft UK may create its own House of Fans in the near future. While nothing has been acted yet, the subsidiary is actively toying with the Sociabble online platform internally, and I hope to hear more later this year.

Overall, House of Fans seems to be a nice complement to other community-driven and consumer-focused initiatives such as the Windows Insider program. We don’t often see big companies trying to engage with their most passionate fans, even though the rewards can be pretty substantial for everyone involved. There is definitely a fine line between empowering fans to become valuable ambassadors, and trying to turn them into human billboards. So far, this has been a learning process for Microsoft France, but from what I’ve seen personally, most active members seem to be really happy about the brand advocacy program.

It remains to be seen if House of Fans could be successfully replicated in other markets, but Microsoft France deserves some credit for having a forward-thinking approach. In an era where more and more consumers want companies to be more open more transparent, Microsoft France is trying to identify its most dedicated fans, better understand their needs and ultimately, make them even more engaged.

Special thanks to Victor Niergue, the House of Fans Community Manager who answered all my questions about the program.