What Microsoft apps would you like to have on other platforms?

We cover all things Microsoft here at WinBeta, and while the Windows 10 ecosystem surely is one of our main centers of interest, we also have to cover Microsoft services on all platforms. That’s why we’re currently running a series of videos about Microsoft services on Android, but to be honest with you, our coverage is also influenced by the different devices we’re using in real life–probably just like a lot of our readers we also use Macs, iOS, and Android.

When Microsoft announced the write-off of the $7.6 billion dollar Nokia acquisition back in summer 2015, Satya Nadella acknowledged the failure of the company’s mobile strategy and detailed how the company would reinvent itself around ubiquitous services:

“In the longer term, our reinvention will be centered on creating mobility of experiences across the entire device family including phones.”

While we definitely have seen Microsoft beginning to execute on this new strategy with acquisitions of great cross-platform services like Acompli, Wunderlist and Swiftkey, there is still a lot to be done as some core Microsoft services and apps remain missing on popular competing platforms. And so, we wanted to share with you some “must-have” and “nice to have” apps that we hope the company will release on competing platforms, and we would really like to know if you also think that they are some missing blocks in the Microsoft ecosystem.

The “must have” apps

Let’s start with the second biggest desktop platform: Microsoft really seems to take the Mac seriously as it released a much-improved Office 2016 suite of apps, completed by an Office Insider program for those who like to live on the bleeding edge. However, we’re sad to see that Macs today don’t play nice with Windows phones.

Microsoft released a Mac sync client for Windows Phone 8 devices a few years ago (it seems to be currently unavailable outside of the US), but the app doesn’t recognize Windows 10 Mobile phones yet so Mac users can’t sync content to the latest Lumias. This app has never been completely reliable with Windows Phone 8.1 handsets in any case, but it’s still annoying when you know that Windows 10 users can enjoy a handy Phone Companion app. You can still get around this problem and by using OneDrive or any cloud storage solution, but we hope Microsoft does not forget its Windows phone users on Macs and brings us a new sync client on Mac OS. 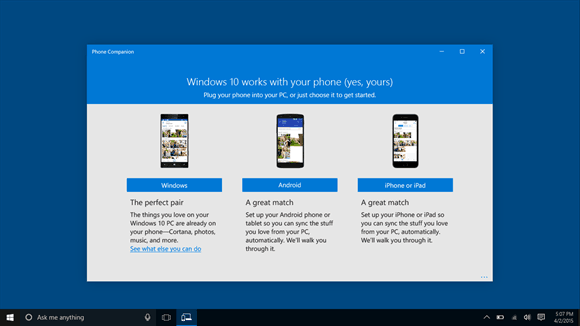 The next app we would like to see on the Mac is a native Groove Music app. Mac users are currently stuck with the Flash-based web player, and if you own a Mac you probably know that Flash performance has never been great. While iTunes is an OK music player on the Mac, a native Groove Mac client would allow users to use the service without killing their battery with Flash, and it would also be handy to use the app to sync your cloud music collection for offline play.

On mobile devices, a Microsoft Films & TV client is another obvious missing app that I think many people invested in the Microsoft ecosystem would enjoy. Like the Flash-based Groove Music website, you currently can’t use the mobile web to enjoy the movies and TV shows you bought on the Windows Store. Microsoft really needs to plug this hole if it wants the Windows Store to be a popular entertainment destination like the iTunes and Netflix juggernauts.

You can watch your Windows Store content on the desktop, but not on the mobile web.

The “nice to have” apps

I think Microsoft could provide a better photos experience on iOS and Android devices with dedicated “Photos” and “Camera”apps. If you use OneDrive on your mobile devices, you may already know that you can use the OneDrive apps on Android on iOS to see and upload pictures into your cloud camera roll. While it’s certainly handy to use the OneDrive app for that, the app is not so great when it comes to browsing a huge online pictures collection.

Therefore, it would likely be more efficient to use a standalone Photos app that can not only access OneDrive but also allow users to see their local pictures and improve them with editing tools. In fact, that’s exactly what Google did by releasing a standalone Google Photos app on iOS and Android that also set free the photo upload from the Google+ app, and users seem to be quite happy according to the app reviews. 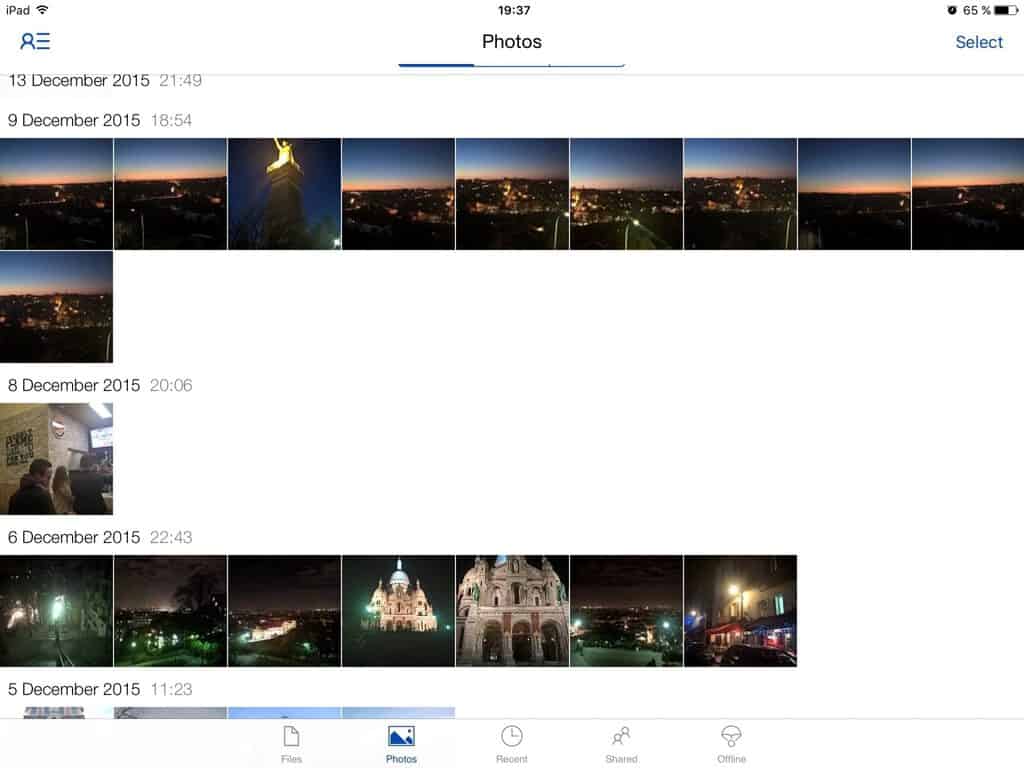 Browsing a huge Onedrive camera roll is cumbersome on iOS.

Next, as Microsoft obviously has some photography expertise as evidenced by the Windows Camera app on Windows 10 Mobile (previously known as Lumia Camera), a Microsoft Camera app on iOS and Android would probably make sense. It’s quite obvious when you remember that Microsoft Garage already released a Selfie app on iOS that uses image-enhancing algorithms to improve your photos, but Microsoft can probably do much better than that with a full-featured camera app.

As the camera is probably one of the most-used apps on smartphones, Microsoft would benefit from seeking the attention of serious photographers that could well become Onedrive customers in the long run. 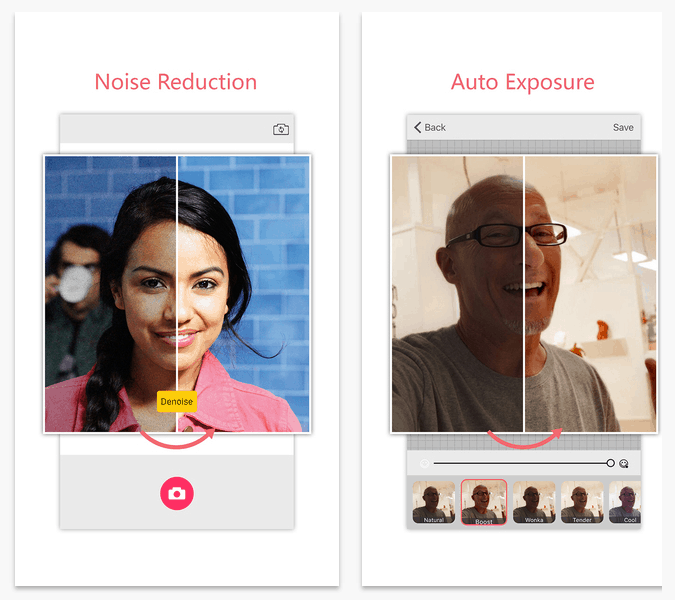 The Microsoft Selfie app has some interesting features.

Last but not least, Microsoft may be able to provide a better messaging experience on Android with its Skype technology. Unlike iPhone users, Android users can download third-party apps to send text messages, and Google itself currently has two solutions for sending text messages with its Hangouts app and the more lightweight Messenger app. Even Facebook is reportedly working to bring back SMS integration into its popular Messenger app.

In the end, we think that all of these apps suggestions are actually core parts of the Microsoft ecosystem, and we hope Microsoft is currently working to fill these holes in its galaxy of mostly great consumer services. As Microsoft has still failed to capture any significant market share with its mobile devices, the company has no choice but make its services even more ubiquitous to stay relevant in the consumer space. Let us know in the comments what are the apps you would like Microsoft to release on other platforms.