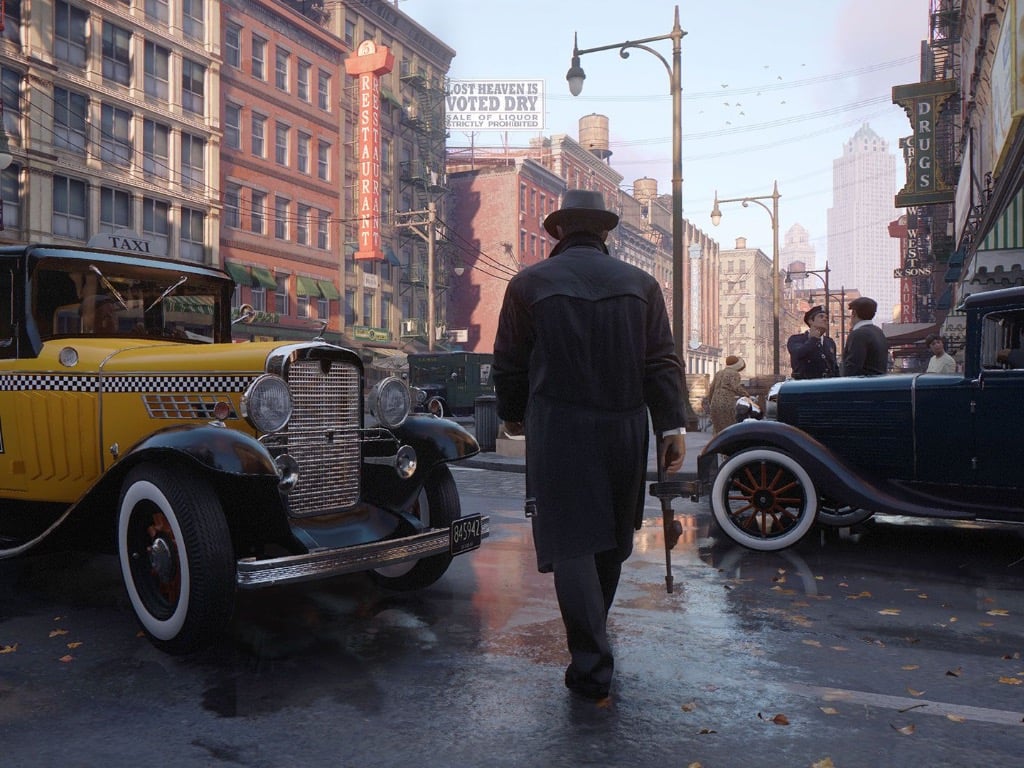 Back in May 2020, 2K Games announced a remake of its 2002 Mafia game, which would be part of a new Mafia Trilogy that includes a remaster of Mafia 2 and an updated Mafia 3. Developed by Hangar 13, Mafia: Definitive Edition uses the Mafia 3 engine and the first screenshots published by 2K Games left many Mafia fans wanting more.

It’s really great that 2K Games and Hangar 13 were willing to revisit this old classic and modernize its gameplay for current-gen consoles, especially for people like me who never touched the original game. After playing the remastered Mafia II: Definitive Edition earlier this summer, I was really excited about this new Mafia remake, which is one of the most beautiful games I’ve played on my Xbox One X this year.

It’s hard to avoid comparisons with the GTA series, but Mafia stands out with its faithful recreation of an American city during the 1930s hit by the Great Depression and alcohol prohibition. The fictional city of Lost Heaven is heavily inspired by US cities such as New York and Chicago, and it’s a beautiful setting for an engaging story that involves two rival mafia families.

Mafia: Definitive Edition will let you live the life of gangster Tommy Angelo, a former cab driver whose life changed forever after encountering Paulie and Sam, two mobsters from the Salieri crime family trying to escape an attack from the rival Morello family. The game’s first mission is a stressful race in the streets of Lost Heaven while you're being chased by other gangsters trying to kill you and your two unexpected passengers for the night.

If the humble cabbie isn’t immediately attracted by organized crime, Angelo will soon reach out to his new acquaintances after being threatened by members of the Morello family, who destroyed his cab in retaliation for helping the Salieri family. You’ll soon get your revenge on your attackers with the benediction of Don Salieri, and gain respect within this crime family with a successful series of various jobs. 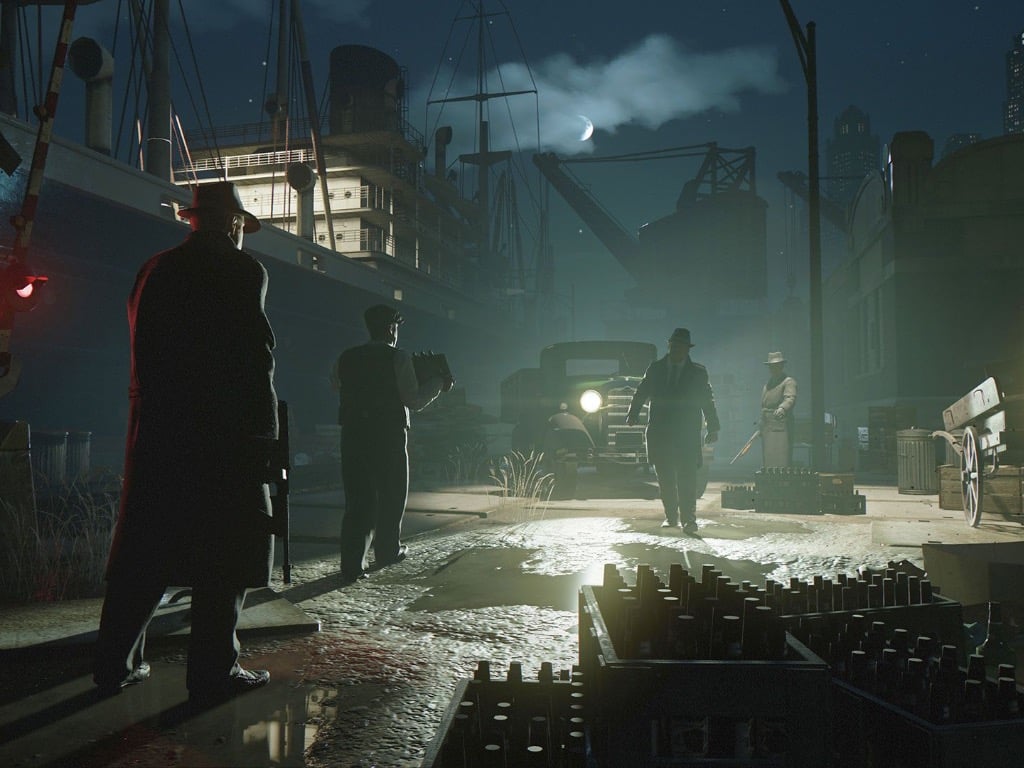 Tommy Angelo is a charismatic yet complex lead character, and not exactly a ruthless killer who never hesitates to pull the trigger. His story is actually told through a series of flashbacks shared with a detective that Angelo meets in the present day. As the Salieri and Morello crime families fought each other for many years to gain control of Lost Heaven, the former cabbie tried its best to stay loyal to Don Salieri and his associates, though some mistakes were made along the way.

Is there really a way out for Angelo after so many years working for the mafia? You’ll need to finish the game to find out, and this remake is actually pretty short. You can expect at least 10 hours of gameplay, with little time to drop the controller as you’ll hop from one chapter to the next with no side quests or any other distractions. That’s not necessarily a bad thing, as the storytelling is generally great and some missions are truly memorable.

Unlike GTA V, Mafia: Definitive Edition isn’t a free open-world game since you don’t get to do what you want between chapters. There’s a separate Free Ride mode where you can explore Lost Heaven in its entirety, drive any vehicle and fire any weapon, though there isn’t much to do in the city: There’s no one to meet with, and you don’t even have any money to spend on cars, clothes, gambling, or other activities.

It’s a bit of a missed opportunity to have such a beautiful world that ultimately feels empty. Fortunately, the game’s 20 chapters will let you see different sides of Lost Heaven, and the city is really beautiful at night or under stormy weather. Again, this is one of the prettiest games I’ve seen this year, especially when played on an HDR TV. The vintage cars look amazing and pretty are fun to drive, and the character models are very detailed as well.

I played the game in medium difficulty, which gave me a pretty good challenge. If gunfights are frequent, the game is a decent third-person shooter with intuitive cover mechanisms. However, ammo can be pretty scarce and you’ll often need to run grab some clips on the floor while avoiding enemy fire. The iconic Tommy Gun with its round magazine is here, and it’s probably one of the most exhilarating weapons to use in the game. 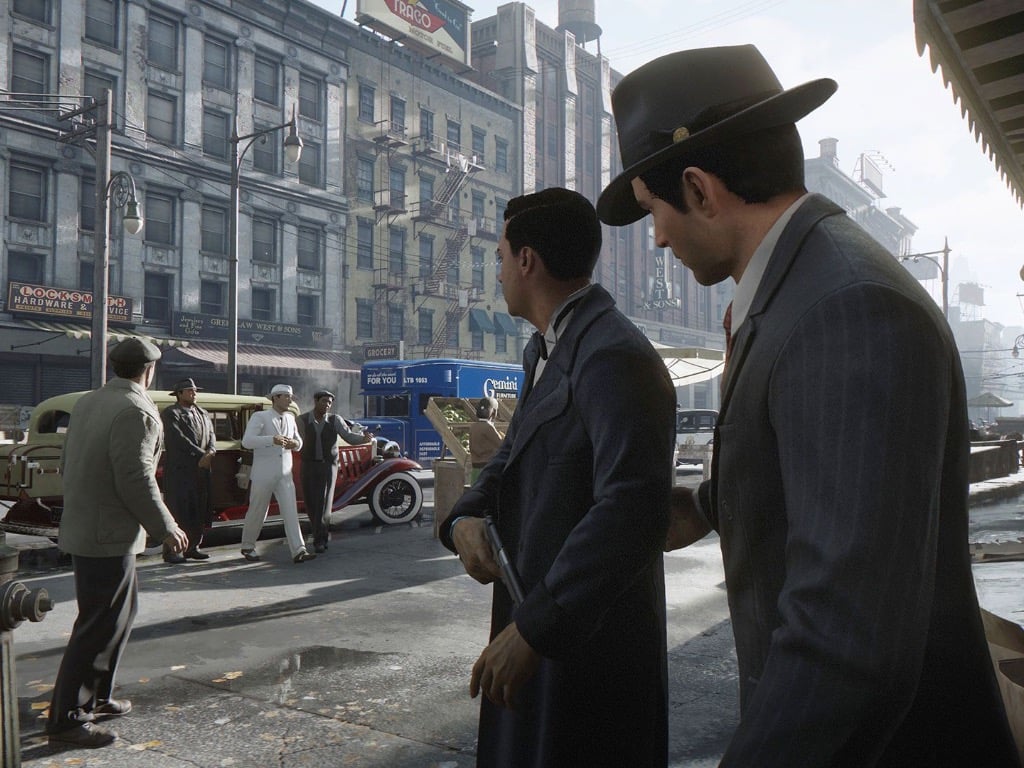 Overall, the 20 chapters are pretty varied with some hit jobs, bank robberies, and plenty of car chases. Some of the most memorable missions include a real race where Angelo has to drive a 1930s roadster, as well as an assassination mission that takes place on a steamboat, with Angelo disguised as a sailor. I also enjoyed another mission where you have to break into a massive house to search for a safe hidden behind a painting, aided by an old, clumsy-looking Italian burglar that can barely speak English.

If you did play the original Mafia game on PC and consoles, you should know that this remake introduces new story elements, cutscenes, collectibles, and more. There are new vehicle types including motorcycles, which I found pretty hard to drive. There are also a couple of hidden cars to discover in Lost Heaven, and every car you find or steal will be automatically added to your garage.

When you finish the game, you can also unlock a “Classic” difficulty level with fewer UI indicators, more lethal enemies, police that respond to more crimes, and ammunition left in the clip is lost when reloading. This should appeal more to fans of the original Mafia game, which wasn't really an easy game.

With the Mafia series approaching 20 years old, I think this remake is a great way to introduce younger players to this classic franchise. I enjoyed Mafia: Definitive Edition much more than the Mafia 2 remaster releaser earlier this year, and I also think the game is superior to 2016’s Mafia 3, which was criticized for its bugs and repetitive side quests.

Speaking of bugs, I encountered a couple of clipping issues during my playthrough, with my character falling through the floor in some rare circumstances. However, this remake is very polished overall, and there's no need to wait for post-launch updates to get a better experience. Mafia: Definitive Edition targets 4K with a dynamic resolution on Xbox One X, and performance remains solid thanks to the 30FPS cap. 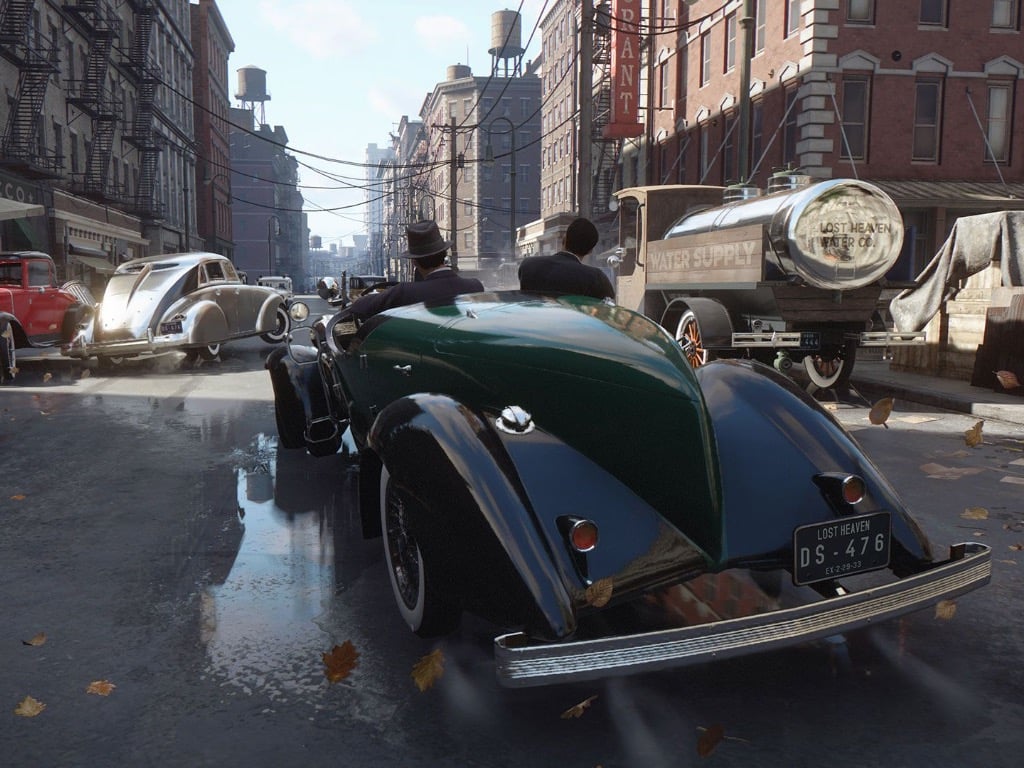 I’m really glad that developer Hangar 13 was allowed to do a full-fledged remake instead of a remaster, and I wish other classic games from the 2000’s like GTA IV or Mass Effect got a similar treatment. Mafia: Definitive Edition made me hungry for a new Mafia game, and developer Hangar 13 is apparently open to the idea. “We hope fans enjoy Definitive Edition. If it does well, we may be able to channel our energy towards a new installment. I know our team would be thrilled to make another Mafia game if the opportunity arises,” the developer said in an interview last month. 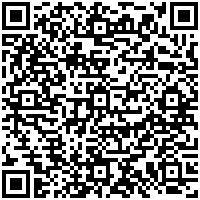