Looking for gift ideas? Here are our top 4 Xbox games for the holidays

Now that the holiday season is here, you might be wondering what the best games to get right now on Xbox One. I wanted Fallout 76 to be able to make this list, but I am appalled at what Bethesda did to this game and ultimately destroyed my trust in any future Fallout game. So with that being said, here's my list of the top four games to get this holiday season on Xbox One.

Buying Red Dead Redemption 2 really is a no-brainer. It's not an Xbox One exclusive game title, but it's fun nonetheless. Red Dead Redemption 2 has a great storyline and continues to deliver the best content that you expect from a game developer like Rockstar Games. Rockstar didn't deviate far from what makes their games so great and destroy their game brand as Bethesda did with Fallout 76. Instead, Rockstar delivered a solid game, with plenty of challenging missions and places to explore in the vast open-world gameplay.

You will have plenty to do, see, and shoot with this worthy sequel to Red Dead Redemption. This may be the only game we see from Rockstar in years; Grand Theft Auto V (GTA V) was released more than five years ago on September 17, 2013, but GTA V is still going strong online. Once Rockstar fixes all the issues with Red Dead Online, players will be able to continue to play Red Dead Redemption 2 and create their own adventures with their friends online. There's even a Red Dead Redemption 2 Companion app on iOS and Android. 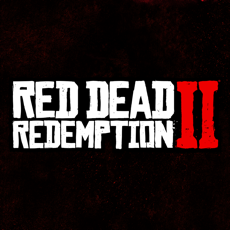 An Xbox One exclusive game, Forza Horizon 4 (check out our full game review here) continues what made Forza Horizon 3 fun to play and this game improves upon the series. Instead of driving around Australia, this time you are in Great Britain driving through all four seasons. Driving through rain, sleet, snow, and trying to avoid slipping off the road as you drive through leaves is a new challenge. Forza Horizon 4 is a fun Xbox One game title for racing fans of every level and is only available on Xbox One!

There's a new expansion pack coming to Forza Horizon 4 on December 13, called Fortune Island, brings more content to the game for you to enjoy. Check out the video below.

Get your copy of Forza Horizon 4 through the Microsoft Store or Amazon now. Battlefield V offers more vehicles in maps to drive, shoot, and fly. Battlefield V is a fun game to play this holiday season regardless of the past issues. New expansion packs are offered as free content and you can enjoy the same types of firefights you had in Battlefield 1 with slightly upgraded weaponry.

Buy Battlefield V on Xbox One. Originally released on December 1, 2015, Rainbow Six Siege is another Xbox One game that continues to get new content updates and support years after it was released. Boasting over 25 million players worldwide across Xbox One, Windows 10, and PS4 platforms, I have yet to get tired of playing Rainbow Six Siege. The online matches are intense, and new operators, maps, and patches are released frequently to fix game bugs and performance issues.

Rainbow Six Siege is one of the few Tom Clancy game titles that I still enjoy playing. Rainbow Six Siege has a blog to keep players up-to-date with the latest game news and what their team is working on to continue to provide gamers with a great gaming experience for years to come. Buy Rainbox Six Siege and you will not regret it. I guarantee it. 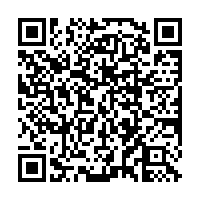