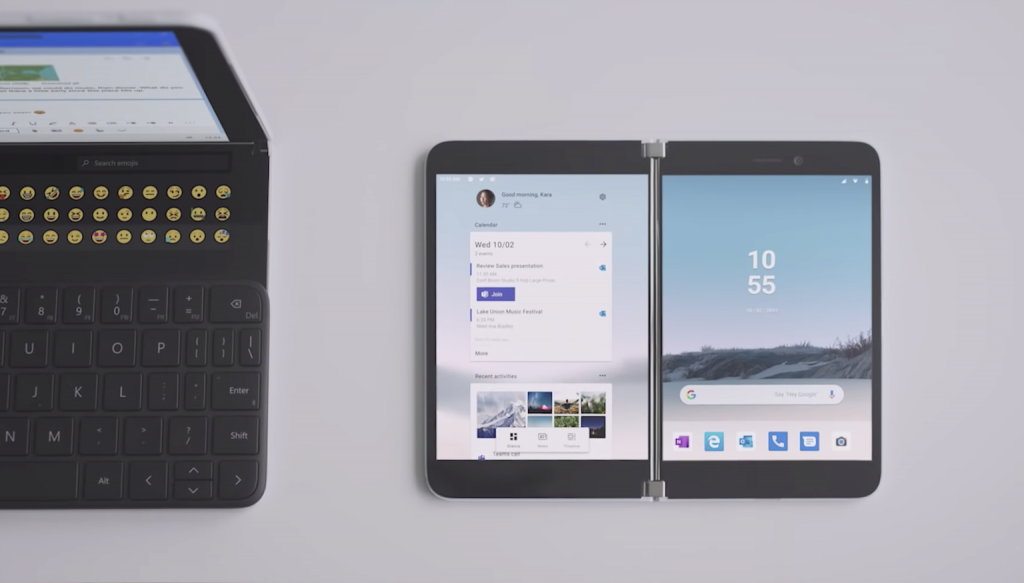 In just two months, Microsoft will finally drop support for Windows 10 Mobile, leaving the remaining users on the side of the road. Windows Phone actually died some time ago when Microsoft stopped bringing new features to the OS, while phone manufacturers stopped releasing new models following the HP Elite x3.

We do know that there are still fanatics planning to keep using their Windows phones until their handsets eventually stop functioning, looking for used handsets and spare batteries on the Internet. There’s also some impressive community work that has been done to make Windows 10 on ARM run on the Lumia 950 and 950XL, though that’s hardly a solution for breathing new life into these ageing handsets.

After rewatching the Highlander movie recently, I couldn't help but think about the last Windows Phone user on Earth some time in 2025 or later. "There can only be one," say the immortal warriors in that movie forced to kill each other until there's only one left. This inspired me to do a Twitter poll yesterday to ask our readers about their state of mind regarding the death of Windows Phone.

In the poll, 20% of respondents said they were planning to keep using Windows Phone until the very end. 68% have already switched to iOS or Android, and the rest of them (13%) are waiting for Microsoft’s recently-announced Surface Duo.

Poll: There can only be one: Will you be the last Windows Phone user left on Earth?

After many rumors suggested that Microsoft has stopped working on its “Andromeda” pocketable device to focus on a bigger dual-screen tablet, it was really surprising to see Microsoft announce Surface Duo earlier this month. Unlike the Windows 10X-powered Surface Neo, the Surface Duo will be running Android, which apparently shocked some Windows Phone users: As you may know, there has been a petition calling Microsoft to release a Windows 10X version of the Duo, but this is unlikely to happen.

After we’ve seen Blackberry successfully abandon its BB10 platform in favor on Android a couple of years ago, it shouldn’t be that surprising to see Microsoft doing the same and leveraging the most popular mobile platform worldwide. In some way, Android really is the mobile version of Windows these days: it’s certainly not a walled garden like iOS, and there are a lot of synergies with Windows 10 thanks to Your Phone and the Microsoft Launcher.

Still, some users may not find it comfortable to have to use a Google account to make the best of Android, and as seen in our poll, more people apparently want to stay on Windows Phone than switch to a Surface Duo with Android next year. If Android may make the Surface Duo a non-starter for some Windows Phone fans, we guess that the dual-screen form factor may also be problematic for some. Over the years, Microsoft has dedicated the Surface brand to new form factors (except for the Surface Laptop), but perhaps a traditional smartphone with a premium Surface design and a great camera would make the Android pill easier to swallow for Windows Phone fanatics.

Panos Panay and his team didn’t really disappoint with the Surface Duo hardware, and the use of a 360° hinge to connect the two screens is probably a much safer bet compared to the fragile foldable screen we’ve seen on the Samsung Galaxy Fold. Microsoft demoing apps spanning across the two screens also looked promising, though it remains to be seen if developers will update their Android apps to leverage these capabilities.

If the Surface Duo definitely looks promising, it seems that its camera may be one of the device's weaknesses. The Surface Duo prototypes Microsoft showed to the press didn’t have a rear-facing camera, and if that one isn’t as convenient and consistent as the old Lumia cameras or the top-of-the-line sensors found on the latest iPhones or Galaxy smartphones, this may be really problematic. I doubt many consumers are going to carry both a Surface Duo and a “regular” smartphone because the Duo’s camera is lacking, or just awkward to use.

Despite Panos Panay stating that the hardware for the Surface Duo is locked, a black version of the dual screen device has been spotted with what looks like an emplacement for a rear camera module. Microsoft still has plenty of time to tweak the Surface Duo's design before the devices launch in holiday 2020, and we really hope the company is going to nail the camera part. After all these years, we still have enthusiasts comparing the Lumia 950/950XL camera to the sensors on the latest flagship phones (Steve Litchfield on AAWP does a great job with that), and it would be great to see Microsoft make good use of its Nokia Lumia sensor technologies in what will be its first pocketable device in years.

In a way, it's too bad Microsoft hasn't been able to ship the Surface Duo this year in preparation for the bigger Windows 10 X version, the Surface Neo, next year. Samsung recently started shipping its Galaxy Fold device which received a polarized reception. Microsoft obviously has some work to do to tweak Android for the Surface Duo, while also courting developers to update their apps for this new device. Samsung had to do the same thing and wasted no time, showing a prototype for the Galaxy Fold to developers back in November 2018. It's still early days for dual screen and foldable devices, and we hope Microsoft will share more details about its Android and Windows 10X plans at Build 2019 next year.

I hope the Surface Duo will meet our expectations and those of technology enthusiasts, but I'm still not completely convinced the Duo is mobile device Microsoft fans have been waiting for for all these years. I'm afraid an average camera which is unintuitive to use could make this device a no-go for many consumers, and I also fear that having two similar devices running different operating systems and apps is going to confuse consumers. We'll see what happens, but Microsoft really deserves credit for pushing boundaries, even at the risk of alienating some of its fans.

Do you think Surface Duo is the device Microsoft and Windows Phone fans have been waiting for? Let us know your thoughts in the comments below.