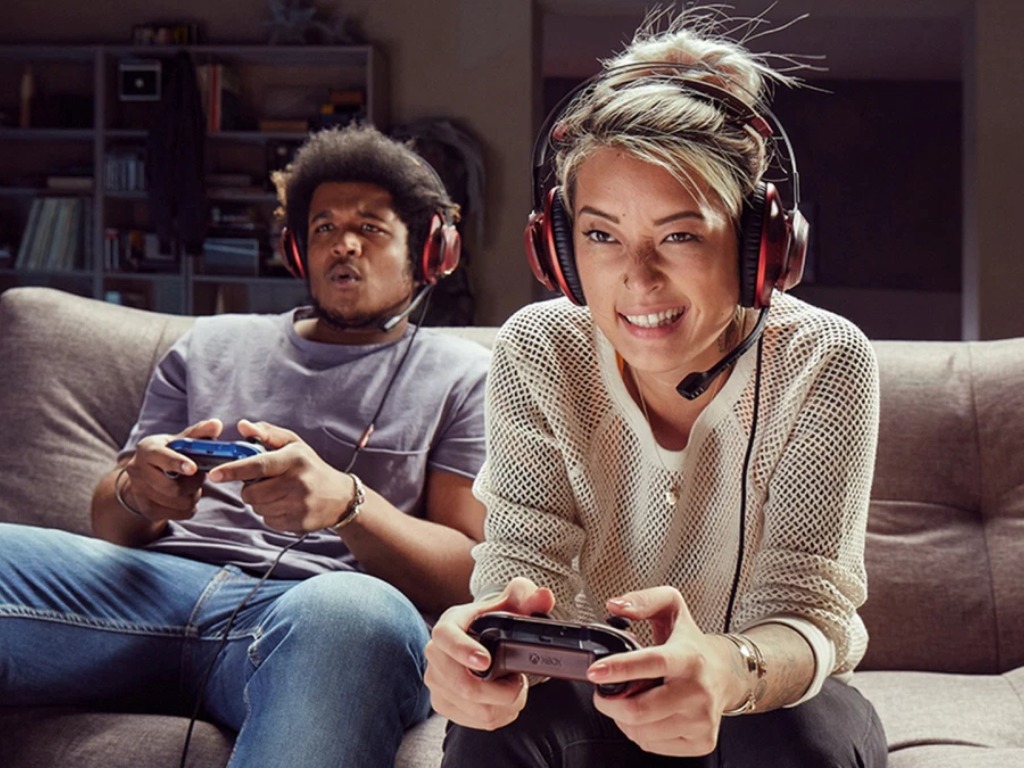 Ready to dive into the exciting world of video games? There is so much to choose from, now more than ever, and it can be difficult for a gaming "noob" to know where to start. In this post we'll introduce you to the major genres, or types of games, that are most popular. Keep in mind that this is a broad overview and in no way is comprehensive, because we would be here all day if we were to cover all the subgenres and lesser-known game types out there. This is just to whet your newly-found gaming appetite and get you started on your video game journey.

Shooters are games where you run around (typically in either a first- or third-person viewpoint) and shoot anything that moves. Pretty simple, right? Well...not really. Shooters can range from the sort of mindless fun I just described as in say, a Serious Sam title to more poignant, narrative-driven experiences a la Bioshock Infinite, to sandbox-style open world games like those of the Far Cry series. Shooters also tend to make for some of the best multiplayer fun to be had in games.

Racing games are ones that get your blood pumping and let you unleash your competitive side. You don't really have to be a car buff or even a motorsports fan to enjoy them. Although if you do happen to fit that bill, then there is plenty of simulation-style racing out there for you, with the massively popular Forza franchise being arguably the king of them all.

Other, more casual racing games like Need for Speed or the off-road racing Dirt franchise ensure that there is something for all road-ripping tastes.

This genre is without a doubt one of the most popular. The RPG is typically characterized by medieval fantasy-inspired settings and character customization systems that are deep and intricate, as best exemplified by the Elder Scrolls series. But really there is so much more to role playing games than that. Franchises like Mass Effect and Fallout blur the line between shooter and rpg to bring gamers to new frontiers other than the Tolkien-esque ones that have become stereotyped.

This covers a pretty broad territory, and encompasses many subgenres including games that incorporate stealth and survival elements. Games like Tomb Raider and Assassin's Creed fall under this umbrella, as do many horror titles like Resident Evil. Big upcoming action-adventure titles include Horizon Forbidden West and Elden Ring, among others.

Many people instantly think of Tetris when they think of puzzle games. But the genre has come a long ways since, and some of the most popular games we consider puzzlers today incorporate elements from other game types to make a more "complete" experience, as in the mind-bending first person shooter/puzzle games Portal and The Turing Test.

As you might have guessed, these games put your tactical aptitude to the test. The industry tends to group them into real time (RTS) and turn based (TBS) varieties, but in reality there is a whole gamut of subgenres. Age of Empires and Cid Meier's Civilization franchises are some of the best known names of the genre, but there are also more approachable series like Plants vs. Zombies.

This just might be the most iconic of all genres, thanks to the likes of Mario and Sonic, and even most non-gamers are somewhat familiar with this type of game. They tend to be approachable yet challenging, and I think that is a big part of the reason why they have enjoyed such mass appeal over the course of the medium's history.

This is another broad category that is sort of all-encompassing. Rather than being defined by an established set of game mechanics, the term loosely serves as a catch-all for games that tend to have a more casual audience, and which can be easily dropped into and out of. This is why they are so popular for mobile devices. It probably goes without saying that these games are as eclectic as you might imagine. Townscaper, That Untitled Goose Game and Among Us are all casual games (or at least casual-friendly in the case of the latter).

Sports games as a category are probably self-explanatory, though you as a new gamer should know that there are two major subgenres: Simulation and Casual. The former is best exemplified by perennial franchises like the FIFA (soccer) games and Madden NFL. The latter category allows those who aren't sports nuts to still get in on the fun with casual sports titles like Knockout City (a fun multiplayer dodgeball game) and Rider's Republic (multiplayer skiing, biking  snowboarding, wing-suiting, and more).

Simulations are basically the polar opposite of casual games in that they attempt to replicate a real-world thing into digital form, be it the hyper-realistic iRacing esports franchise. Which begs the question: are simulations really video games, or are they a completely separate thing? And where does VR fit into this?

Candidly speaking, simulations are likely not the best way to get into gaming; rather, they should be regarded as something novel to try out in the future once you've developed your gaming chops, so to speak.

I hope this little overview of gaming genres offers something to help you figure out what to play as you get your feet wet in video gaming. It will take some time to discover what really suits you best: we are all different and unique, after all, not only as gamers but as human beings. The important thing not to lose sight of is to find enjoyment in this exciting medium, and don't let anyone tell you what you should or shouldn't play.