Furthermore, Microsoft Support will be available for enterprise customers using Windows Insider Preview builds moving forward, provided they request the service through this online request form. Other important updates include the ability to create calendar events without directly opening the Calendar app in Windows 10. You can create events and appointments directly from the taskbar, as seen below. 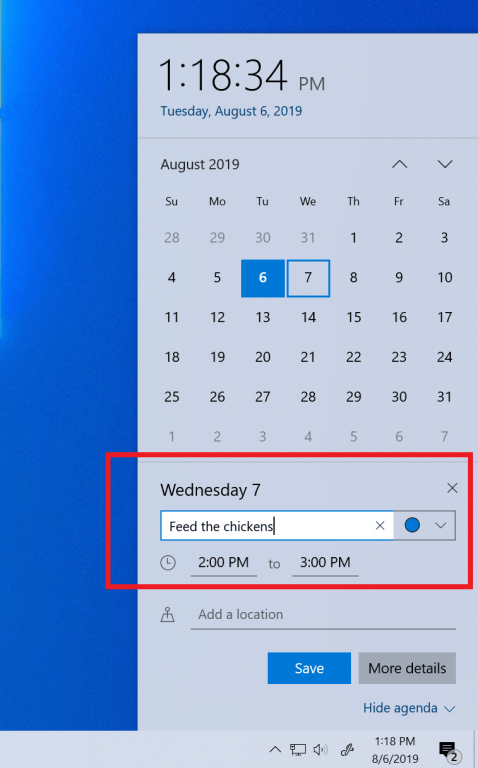 Another new feature includes the ability to change how you handle notifications. Microsoft indicates the difference between “banner” and “Action Center” using images now to make the experience more user-friendly. As you can see in the image below, now you easily identify and choose how you receive notifications on your banner and Action Center.

Although the update will not change anything significant on the developers’ end, it’s still important for developers to see what is coming next. A new Windows 10 SDK is not necessary for this update, as no new APIs are available. The best way for developers to update their systems is to download and install Visual Studio 2019. 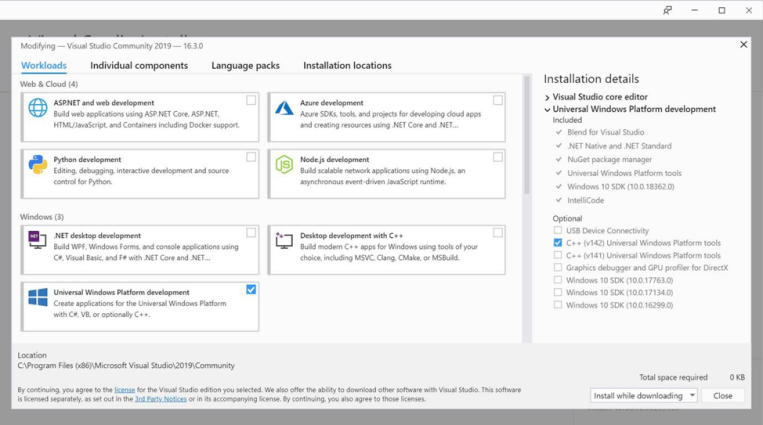 If you would like to update your system to Windows 10 version 1909, you can download it via your VSS subscription, or by using the WIP (Windows Insider Program) Release Preview Ring. From there, run Visual Studio 2019 to install the latest SDK. The latest Windows 10 SDK will be selected by default.  Here are the quick steps developers need to follow to update their systems.

That’s it. Are you excited about the Windows 10 version 1909? Let us know your thoughts in the comments.

AdDuplex: Windows 10 May 2019 Update now on more than half of surveyed PCs