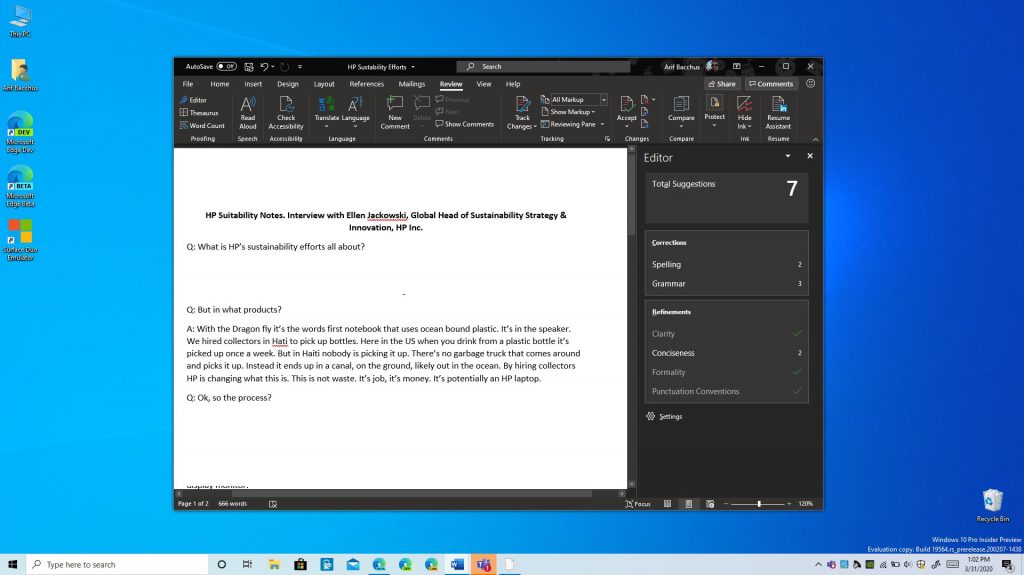 Not everyone has what it takes to be the perfect writer, but Microsoft is here to help you improve on your skills. The company recently introduced a new product the "Microsoft Editor" and plans to bring it as an extension on Google Chrome and Microsoft Edge too.

Right now, though, you can try it out for yourself if you're a Microsoft 365 (Office 365) subscriber by enrolling in the Office Insider program. We did that and came away fairly impressed.

Finding the Editor in Word 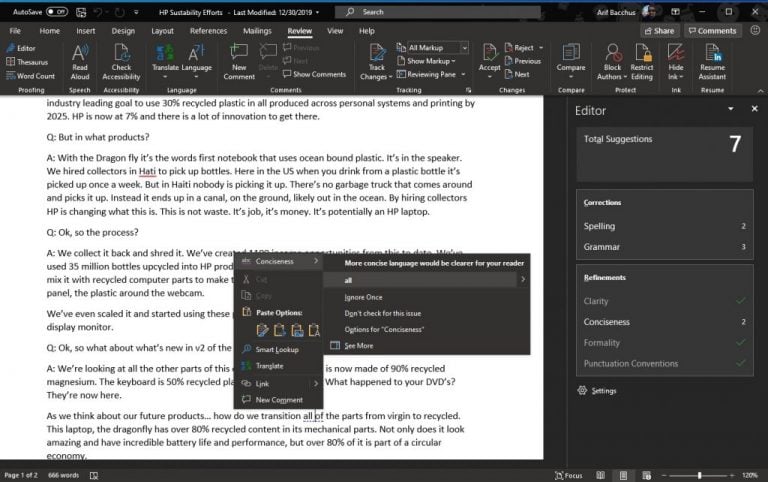 Currently, to find the improved Editor in Word, you'll want to make sure that you've enrolled in the Office Insider program and selected the "Insider" ring. We've got a guide which explains how you can do that. Once you've successfully installed the Office Insider update, you'll want to click the Review tab, followed by Editor in the top left corner. If you're eagle-eyed, you'll notice that compared to the non-insider and retail version of Word, Editor replaces the Check Document button.

To be clear, Editor is indeed present in both the Insider versions of Word and the retail version of Word in the right sidebar. It is just the user interface and feature set that makes the difference. Essentially, these Editor features were already present in Word, but just have been improved.

It's also important to note that anyone can access the essential Editor capabilities, such as spelling and basic grammar. Microsoft 365 Personal and Family subscribers, however, or anyone with a full Office 365 subscription, have access to advanced grammar and style refinements. Clarity, conciseness, formal language, vocabulary suggestions

Another way of getting to the Editor in Word is to right-click anything you see underlined in Red or Blue. Red underlines are misspellings, and blue underlines are typically related to grammar or conciseness. You'll see the suggestions, in the right-click menu, but you can also click See More to open the full Editor pane.

Features of the Editor in Word

To test out the improved Editor in Word, we turned to a transcript of a phone interview we did a couple of months ago. The transcript was originally typed out on-the-fly, with just basic automatic spelling and grammar corrections. There were still some suggestions, though, that Editor wanted us to make. We tried it on both the retail version of Word and the Insider version, with the improved Editor. 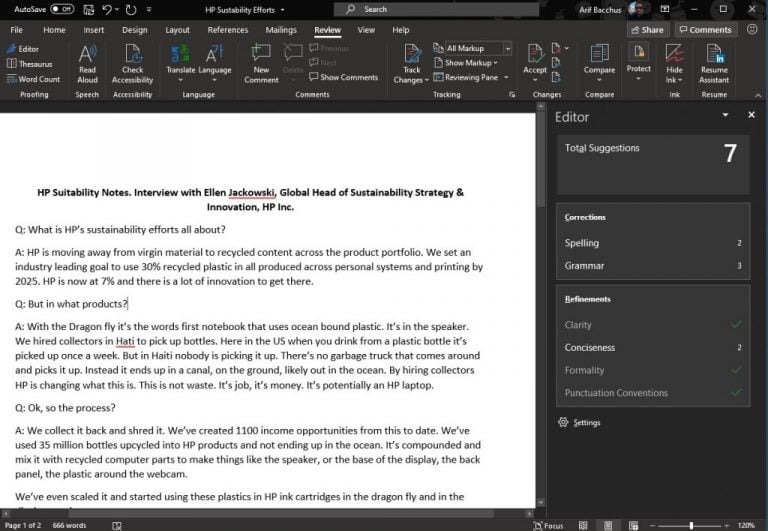 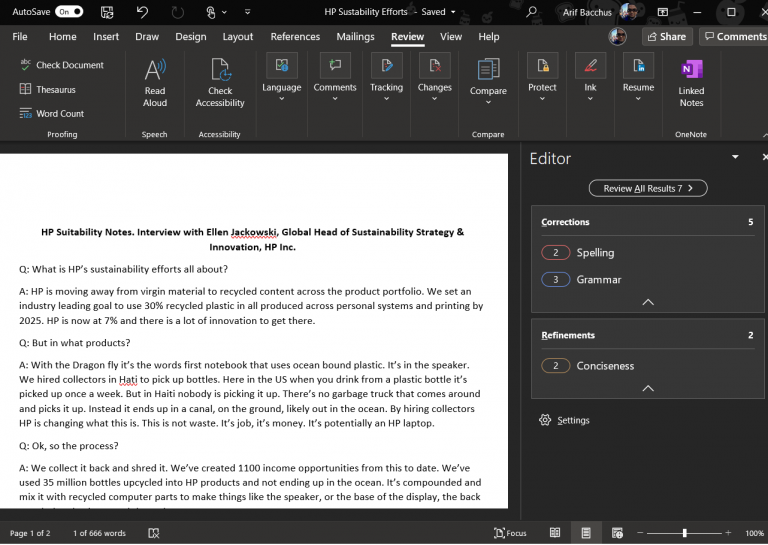 The Insider version of Word, with the improved Editor, switched things up. We got a nice visual look at the top telling us a total number of suggestions on the top. The same Correction and Refinement boxes also persisted, but refinements were much more concise. It showed us additional checkmarks and let us know that clarity, formality, and punctuation conventions were all good. You can see the differences between the two in the slider image above.

Similarly, for Grammar, Microsoft has improved the language of suggestions to better explain how things in the English Language should work. It now says "After an introductory word or phrase, a comma is best." That's much better than the retail version, which barks "Add comma after the introductory phrase."

More features on the way

The Improved Editor for Word just rolled out, so there's a lot of features we're not getting to play with yet. Microsoft says that there are lots of Editor features on the way, soon for both Word and Word on the Web. Some of these include a similarity checker for Word on the Web which can help identify plagiarism, as well as rewrite suggestions for sentences.

The Microsoft Editor browser extension is also on its way too, and will likely help Microsoft better compete with Grammarly.