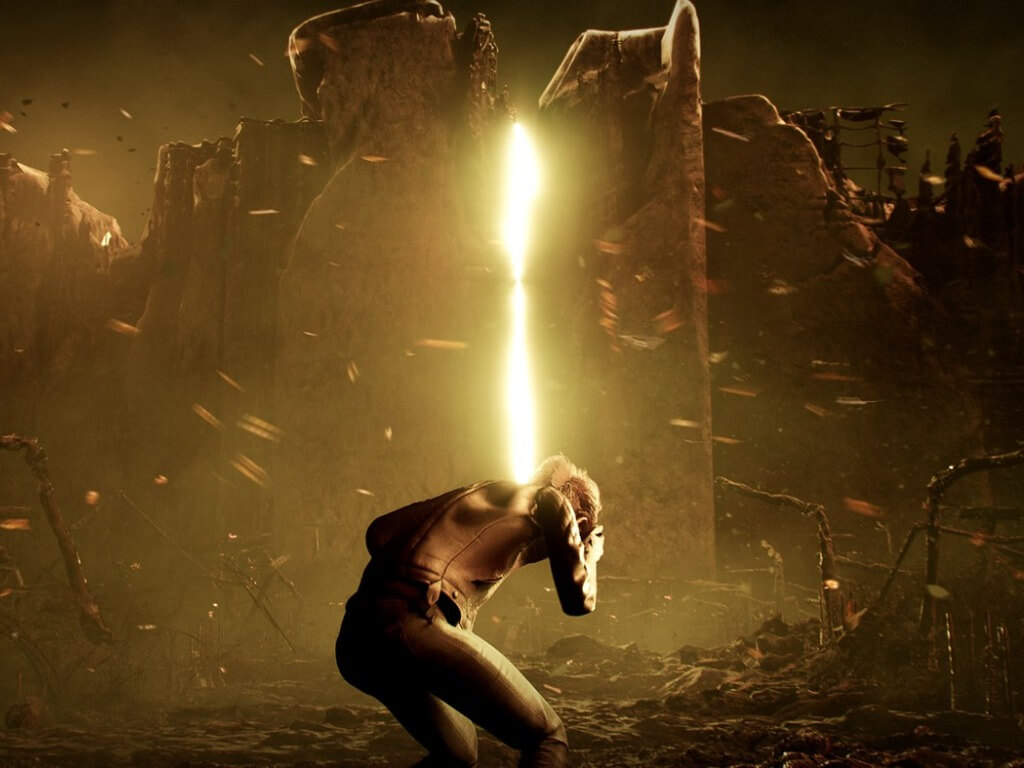 The Medium, the first Xbox Series X|S exclusive game of 2021 has been released yesterday on Microsoft’s next-gen consoles, in addition to Windows PCs. The game is also available on day one on Xbox Game Pass, and it will be followed later this year by other exclusive titles from third-party developers such as Scorn or Warhammer 40K: Darktide.

The Medium is the latest game from Polish developer Bloober Team, who earned praise for its psychological horror games including Layers of Fear and Blair Witch. Even though The Medium isn’t an AAA game, it already has a special place in Xbox history as the first high-profile game from a third-party developer launching exclusively on Microsoft’s next-gen consoles.

Bloober Team actually delayed The Medium's release date from December 10 to January 28 due to COVID-19, and to prevent the game from being overshadowed by CD Projekt Red’s much-anticipated Cyberpunk 2077. January is indeed a pretty quiet month for new games releases, and The Medium launching on day on Xbox Game Pass for Console and PC should also really help it to get more exposure. 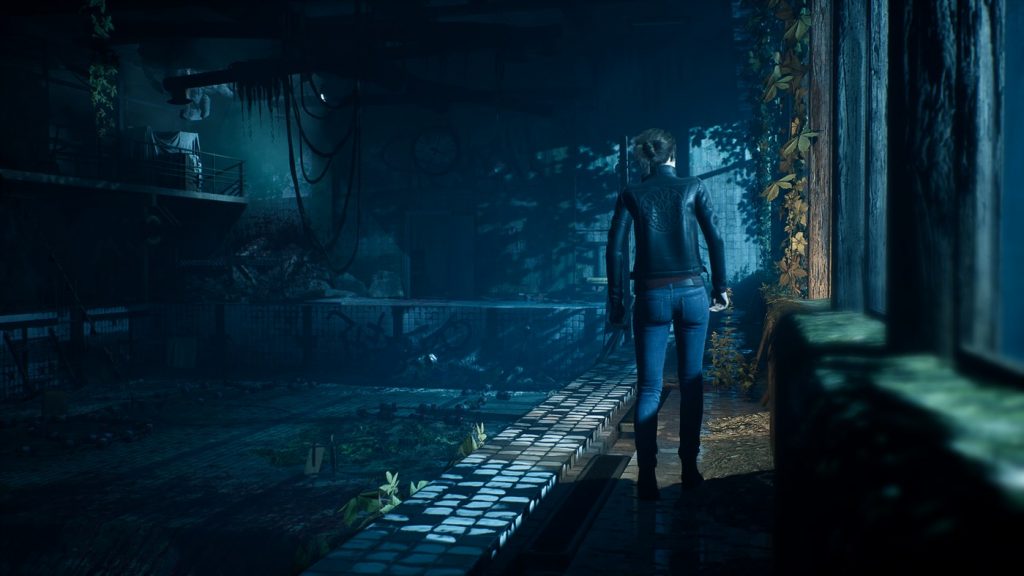 Microsoft released its Xbox Series X|S consoles last fall without a big new exclusive game, and with Halo Infinite having been delayed to Fall 2021, many early adopters are still waiting to be blown away by a game with true next-gen graphics. The Medium isn’t exactly the best-looking game you can play on Xbox Series X|S consoles right now, but according to Bloober Team, it’s doing some unique things that wouldn’t have been possible on the previous console generation.

One of The Medium’s unique features is the dual reality gameplay that let you simultaneously move in the material world and the spirit world at certain points in the game. When that happens, the screen is split either vertically or horizontally to render both worlds at the same time, and that requires additional resources Xbox One consoles are lacking.

"Most other games that support split-screen displays two different instances of the same location. In The Medium, the real and the spirit worlds look completely different and use their own sets of graphical assets, such as models or textures. This is much more demanding in terms of memory, storage, and the rendering cost. Additionally, such effects as motion blur or ambient occlusion need to be calculated and rendered twice. All in all, the game requires a significant amount of VRAM and fast storage, much faster than what was used in the previous generation of hardware," the Bloober Team explained.

I played The Medium on both the Xbox Series X and the Xbox Series S, and it’s a good looking game overall with the Series X version supporting ray-tracing reflections in select locations. According to Digital Foundry’s technical analysis, the game uses a dynamic resolution on both consoles: The Series X shows variations between 1440p and native 4K, while the Series S can vary between 900p and 1080p. However, the resolution drops significantly during dual-gameplay sequences, with the Series X reaching a minimum of 900p and the Series S sometimes dropping to an even lower 648p.

The game targets 30FPS on both consoles, and there’s no 60FPS Performance mode even on the Series X. Since The Medium is mostly a contemplative experience with close to none action sequences, I think it's acceptable to trade smoother frame rates for a more detailed world. So far, I didn’t encounter any noticeable frame rate drops on both the Series X and the Series S, even during the more demanding dual reality gameplay sequences.

If The Medium is a third-person game, be aware that the game doesn’t use an “over-the-shoulder” camera. Instead, the game uses a dynamic camera that will follow you throughout the environment, and this can be quite disorienting at times. For me, this was an instant throwback to the old-school Resident Evil games and their even more obnoxious fixed camera angles, though The Medium didn’t inherit from these games’ tank controls. 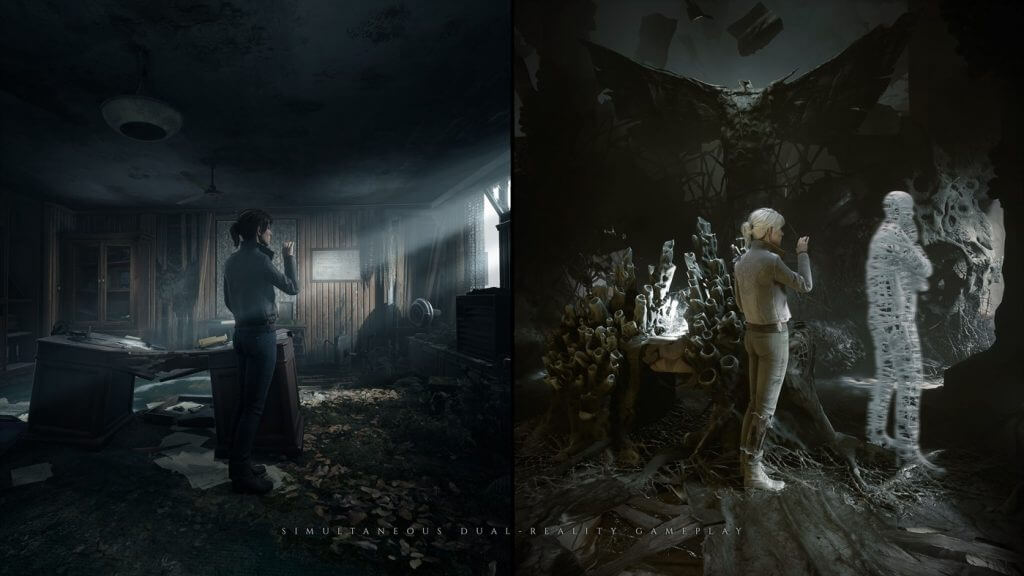 Bloober Team’s game stars Marianne, a Medium who has the ability to see the world from two perspectives. The game doesn’t give you much about Marianne's background, and it starts with its lead protagonist getting ready to go to a funeral home to say a last goodbye to her father. That’s when you’ll first experience The Medium's dual-reality gameplay, with Marianne being able to speaker to her father in the alternate world before sending his spirit away.

After this short prologue, Marianne will get a phone call from a mysterious man named Thomas, who gets Marianne’s attention by mentioning details about her recurring nightmares. The man will ask Marianne to meet him in Niwa, a derelict vacation resort where Thomas is apparently being threatened by a mysterious force.

The Medium seems to be a very linear game overall, though you’ll often need to use Marianne's “Insight” power to reveal clues like footsteps on the ground, or echoes from the past. Some objects in the game have auras, and Marianne can sense their stories by touching them. When arriving in Niwa, Marianne describes the soviet-looking complex as a landfill of memories, with strong energy all around. 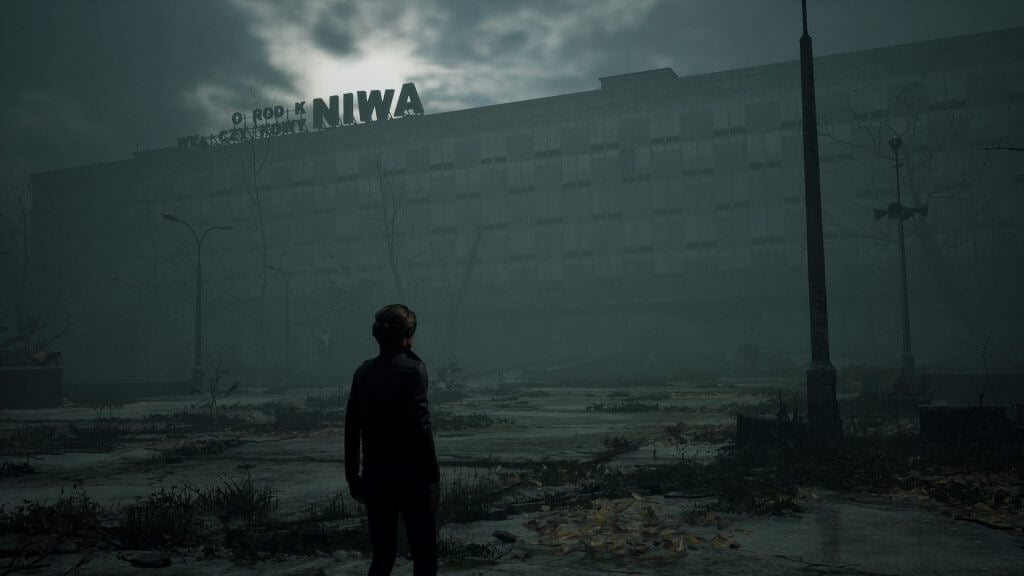 You’ll encounter some of the game’s puzzles during the dual-reality gameplay sequences, and when you’ll exist in these two realities, you’ll be affected by both them: This means that when a door is locked in the real world, you won’t be able to go through that passage in the astral world even though this door is absent in this alternate reality. Solving the game's puzzles will often require you to do some things in the astral world that will have consequences in the real world.

I didn’t go far enough to see if the game has a lot of these puzzles, but The Medium becomes really interesting once you reach the Niwa complex, a mysterious place that is also the subject of urban legend, the “Niwa massacre.” The Medium can feel like a walking simulator at times, especially if you try to find all items that still have traces of the people who were there, but the Niwa hotel instantly looks like a fascinating world to explore.

You probably shouldn't expect big jumpscares or exciting action sequences, The Medium is a slow-paced game and that's actually fine. The gameplay feels somewhat dated at times, with a camera that can get frustrating in closed spaces, but I'm still excited to spend more time in the game over the weekend.

The Medium is probably not going to be a system seller for Microsoft’s next-gen Xbox consoles, and I actually wouldn’t be surprised if the game eventually makes its way to the PlayStation 5, which reportedly has a bigger install base. It should still be good filler content for Xbox Game Pass, and you should definitely check it out if you're looking for a new next-gen to play on your Xbox Series X or Series S console.